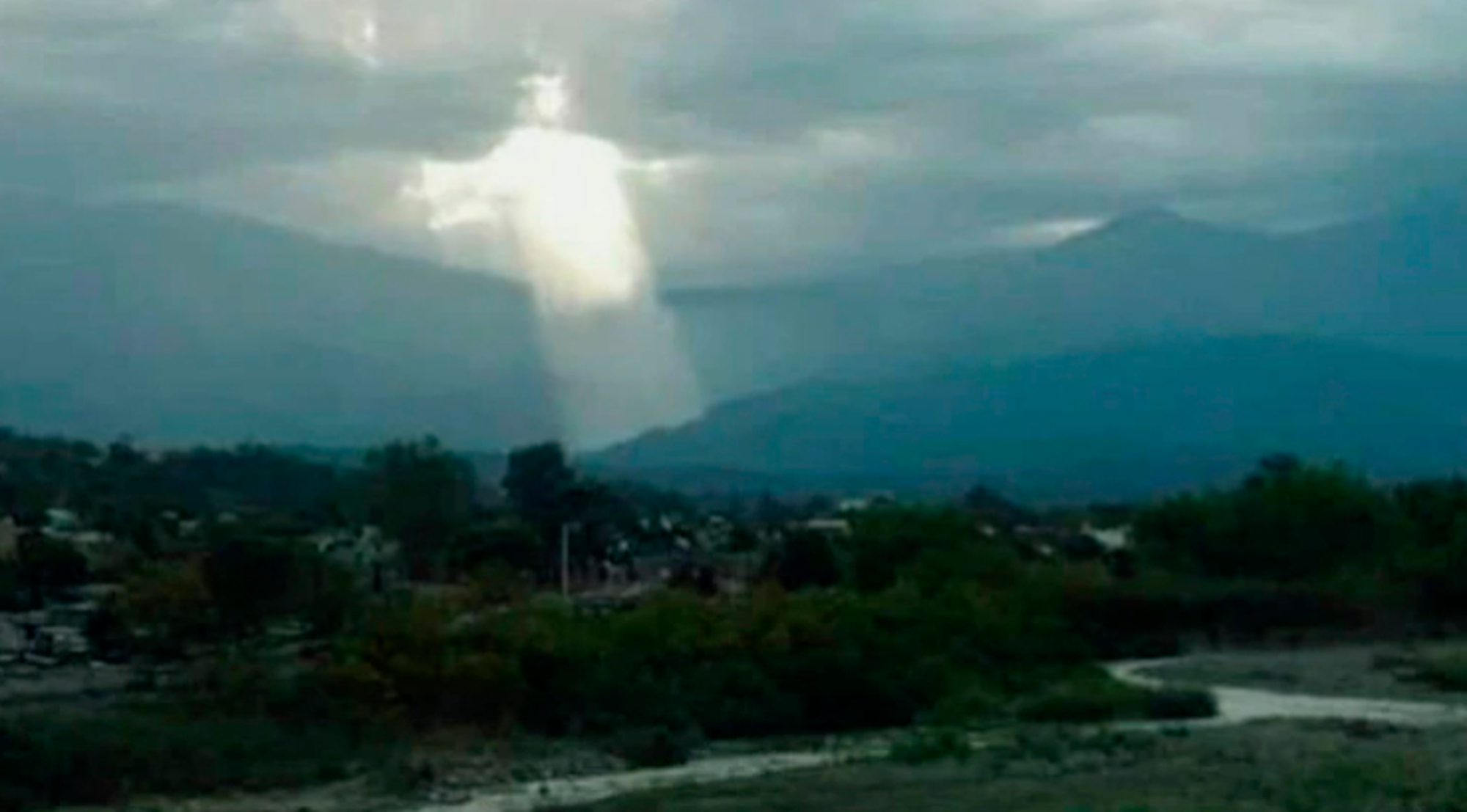 THIS amateur photographer’s prayers were answered when she snapped this perfectly-timed picture of what appears to be Jesus Christ with his arms out.

Monica Aramayo was in San Salvador de Jujuy in Argentina when she noticed the holy figure shining through the thick clouds.

The picture which has since gone viral also appeared to show “Jesus” wearing a crown.

Social media user Mariela Romano said: “The Lord will soon come for us all and we should be ready.

While another said: “Thanks for the image that allows us to keep on our path and have a better hope for tomorrow.”

But others were not able to see the illusion in the clouds.

The image has since viral and some have compared it to the Christ the Redeemer in Rio de Janeiro in Brazil overlooking the city.

Romina Salinas said: “I personally only see the sun coming through the clouds, but people see what they want to see.”

It comes after we revealed a bloke from Kent claims to have seen the face of Jesus in his CURTAINS.

Read More:Signs In The Heavens: Angel-Like Clouds Appear In The Skies Over Texas