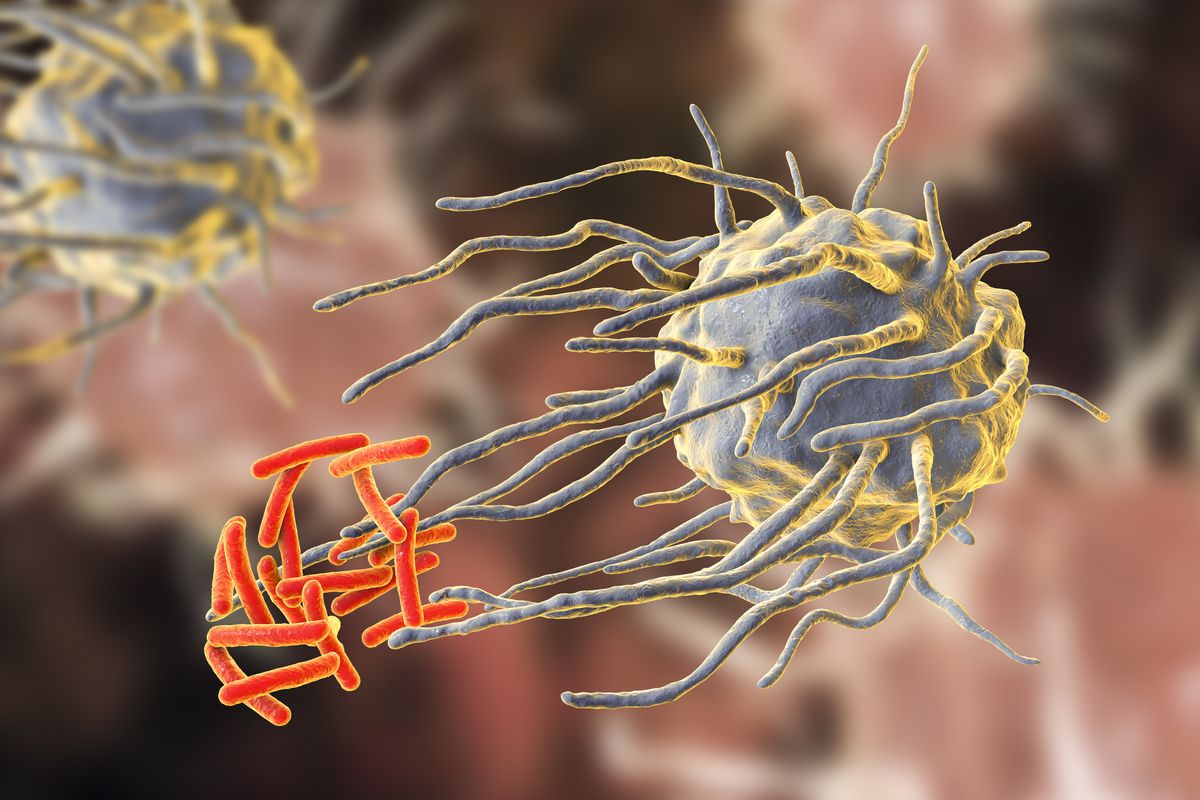 “Common diseases are becoming untreatable.” That’s the blunt warning issued on page one of a major new United Nations report on drug resistance. If we don’t make a radical change now, the report says, drug-resistant diseases could kill 10 million people a year by 2050.

Drug resistance is what happens when we overuse antibiotics in the treatment of humans, animals, and plants. When a new antibiotic is introduced, it can have great, even life-saving results — for a while. But then the bacteria adapt. Gradually, the antibiotic becomes less effective, and we’re left with a disease that we don’t know how to treat.

Already, 700,000 people around the world die of drug-resistant diseases each year, including 230,000 deaths from multidrug-resistant tuberculosis. Common problems like STDs and urinary tract infections are also becoming resistant to treatment. Routine hospital procedures like C-sections could become more dangerous as well as the risk associated with infection increases.

Yet doctors, farmers, and others continue to dole out too many antibiotics, driving the resistance. Amy Mathers, who directs the University of Virginia’s Sink Lab, told me that over the past decade there’s been a surge of US patients infected with bacteria for which there’s no effective antibiotic. “I see that once a month,” she said. “Ten years ago, that was a rarity.”

Experts like Mathers are increasingly warning that drug-resistant superbugs pose a huge threat to our health. Now, the UN report adds that drug resistance could also severely mess up our economy. By causing health care expenditures to skyrocket, it could prompt economic damage on a par with the 2008-2009 financial crisis.

The good news is this problem can be solved really cheaply. If each person in high- and middle-income countries invested $2 a year in this cause, we could research new drugs and implement effective measures to reduce the threat of resistance, the report says.

“For the US, the total cost to fix the broken antibiotics model is $1.5-2 billion per year,” Kevin Outterson, a Boston University professor who specializes in antibiotic resistance and who was not directly involved in the UN study, told me. “It’s the equivalent of what we spend on toilet paper every few months.”

What’s more, unlike climate change, this is an issue on which there’s both scientific and political consensus — it’s not as if the right and the left disagree as to whether the problem is real.

Which raises the question: If there’s such a cost-effective way to solve such a high-impact problem, and it’s ideologically uncontroversial, why aren’t we all over it?

Companies don’t have the financial incentives

It takes many years and lots of funding to do the research and development needed to bring a new antibiotic to market. Most new compounds fail. Even when they succeed, the payoff is small: An antibiotic — which is, at least in theory, a drug of last resort — doesn’t sell as well as a drug that needs to be taken daily. So for biotech companies, the financial incentive just isn’t there.

Although drug resistance affects high-income and low-income countries alike, wealthy Western countries may be better equipped to respond to a health crisis, and thus feel less urgency about tackling the problem proactively.

The UN report and a number of outside experts argue that to solve this issue, we need to stop treating antibiotics as if they’re any other product on the free market, where value is determined by the number of units sold. Instead, we should think of antibiotics as public goods that are crucial to a functioning society — like infrastructure or national security. And the government should fund their research and development.

“This is a product where we want to sell as little as possible,” Outterson explained. “The ideal would be an amazing antibiotic that just sits on a shelf for decades, waiting for when we need it. That’s great for public health, but it’s a freaking disaster for a company.”

This mismatch with the pharmaceutical industry’s profit-making imperative is why the government (and ideally also the private sector and civil society) needs to step in, the UN report says. That could include incentives like grant funding and tax credits to support early-stage research. The report also urges wealthy countries to help poorer nations improve their health systems, and recommends the creation of a major new intergovernmental panel — like the one on climate change, but for drug resistance.

Yet for governments to mobilize around this issue, the public may first have to push it as a priority — and it’s not clear that enough Americans see it as such.

“I do not think the political will or even the knowledge base is present in the US to make this a high-enough priority to solve the problem today,” Mathers told me. She believes the first thing we need is more public education to bring this threat into focus for the average American.

Outterson agreed that a report — even a major UN report — won’t do much good on its own. “If I had a dollar for every report on this issue, I’d have a lot of money,” he said. His fear is that the death toll may have to climb very high before a critical mass of people start noticing, caring, and mobilizing. “We will eventually respond,” he said. “The question is how many people will have to die before we start that response.”