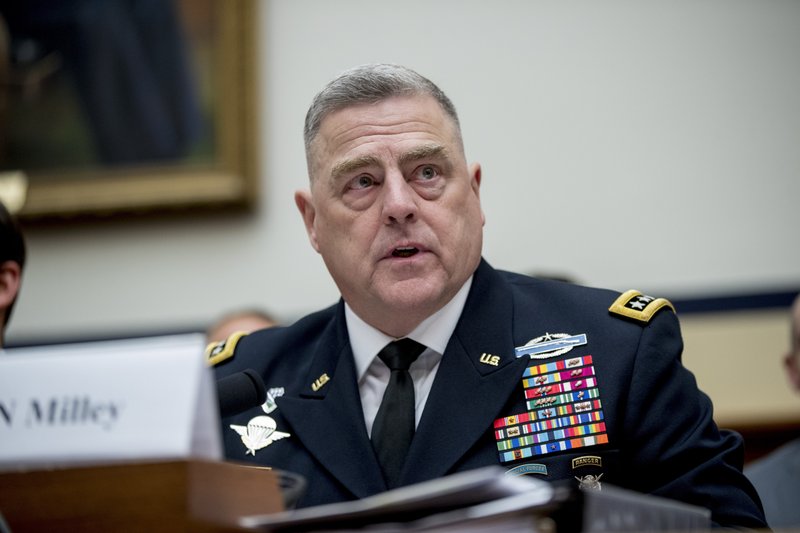 WASHINGTON (AP) — Just months after the Army’s new training brigade returned from Afghanistan, its teams are preparing for a different type of deployment that will scatter them around the world.

Rather than putting all 800 soldiers in one war-torn nation, the Army is expected to begin dispatching the unit’s small teams separately to countries in Europe, Africa or other regions where they will train and advise local forces.

“I think future deployments throughout the world will be in much smaller packages,” Jackson said, adding that the brigade was built in 2017 to be decentralized. “I think a situation where you have a single team in a single country is a likely scenario.”

Jackson, who’s in Washington this week to discuss the deployments, said the top contenders are countries in Africa, Europe and South America. But he said he is not sure where his teams will be sent or when they may go.

The Army’s 1st Security Force Assistance Brigade was created by Gen. Mark Milley, the service’s chief of staff. It was designed to take the pressure off other Army brigades and units that are currently being used for training but are needed more for other U.S. security operations around the globe.

Since the brigade returned from Afghanistan, its training has shifted a bit to focus on developing training plans and working more as military consultants that can pinpoint the needs of the partner forces.

“We need to build a formation that’s flexible enough to be employed everywhere in the world, and then we’ll adjust based on the countries we go to,” Jackson said. “But the base doctrine has got to be universal across the world.”

The Army is planning to build six of the brigades over the next several years, and already the 2nd Brigade is deploying to Afghanistan to replace Jackson’s teams that left the warzone late last year. The plans reflect the new reality of America at war: Army soldiers advising and building indigenous security forces, not doing the fighting for them on foreign soil.

During the 1st Brigade’s nine-month Afghanistan tour last year, two of the unit’s soldiers were killed and three others were wounded in two insider attacks.

After the first killing, the U.S. beefed up security and urged Afghan commanders to also make changes, including increased vetting of their troops.

The Afghans, said Jackson, “understand the impact that those kinds of green-on-blue-type incidents can have to a strategic partnership. They take it seriously, and they were ready to make the necessary changes” to make things more secure.

The war in Afghanistan has dragged on for nearly 18 years and is at a critical point. The U.S. is pressing the Taliban to negotiate a peace with the Afghan government, and talks between the insurgent group and a U.S. special envoy are ongoing.

The U.S. believes that a key element in keeping the peace will be the Afghan military’s ability to maintain security in the country. And the training by the new Army brigades is aimed at that goal.

Watch More:More Military Movement Being Noticed Around The US: What Are They Preparing For?