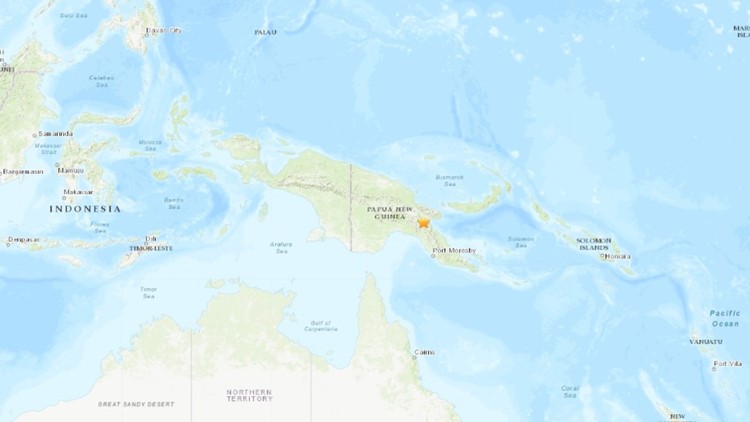 CANBERRA, Australia – The quake hit around 7:20 a.m. Tuesday about 33 kilometers (21 miles) southeast of Bulolo, on the country’s eastern side. It struck at a depth of 127 kilometers (79 miles), U.S. Geological Survey said.

It wasn’t immediately clear if there was any major damage.

The Pacific Tsunami Warning Center said there was no tsunami threat because the earthquake was so deep.

Christopher Lam was in Lae, about 100 kilometers (60 miles) north of Bulolo, and said the rumble was audible.

“It was big. You can hear it. Got stuff thrown around in the house and the power is now cut off,” he tweeted, alongside a video that showed his home rattling.