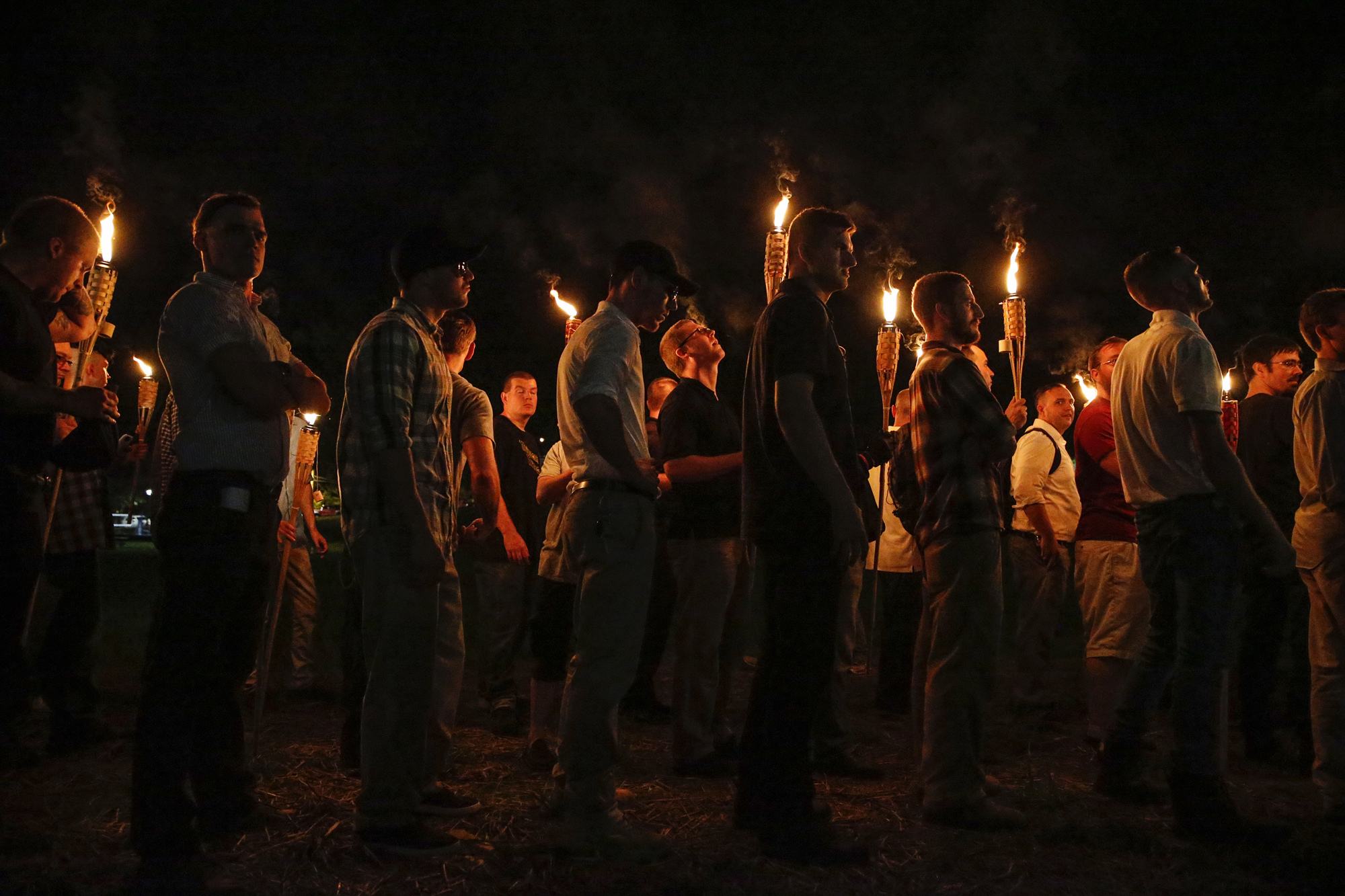 Not since the demise of Nazi Germany have fears — and ambitions — of a so-called “Fourth Reich” reached their current level of intensity, according to the author of a new book.

In “The Fourth Reich: The Specter of Nazism from World War II to the Present,” historian Gavriel D. Rosenfeld brings his counterfactual “what if” approach to the idea of a new empire based on Nazi ideals. It’s a dystopian future founded on a decades-old phenomenon.

“The case of postwar Germany makes it clear that western fears about a Nazi return to power were far from unfounded and that the concerns about a Fourth Reich served a useful function in making people vigilant about defending against such a possibility,” said Rosenfeld in an exchange with The Times of Israel.

A professor of history and Judaic studies at Fairfield University in Connecticut, Rosenfeld has published books on topics including the “normalization” of Nazism and sacred Jewish architecture after Auschwitz.

In Rosenfeld’s assessment, today the Fourth Reich has entered an unprecedented heyday.

“The Fourth Reich is currently experiencing a new phase of normalization,” wrote Rosenfeld, whose latest book was published in March. “Thanks to the tumultuous political upheaval throughout the western world, the concept is becoming increasingly universalized. The election of Donald Trump, the many unending conflicts in the Middle East, and the continuing crisis of the European Union have made the prospect of a future Reich highly relevant.”

In Europe, according to Rosenfeld, the prospect of a Fourth Reich is raised by European Union critics on both the Left and Right: Some claim Germany has turned the EU into a kind of economic Reich. Across the Atlantic in the United States, the Fourth Reich is invoked by anti-Trump protesters, some of whose posters and memes include Nazi imagery.

The concept of a Fourth Reich, wrote Rosenfeld, is “invoked in times of crisis and [fades] in times of stability.” 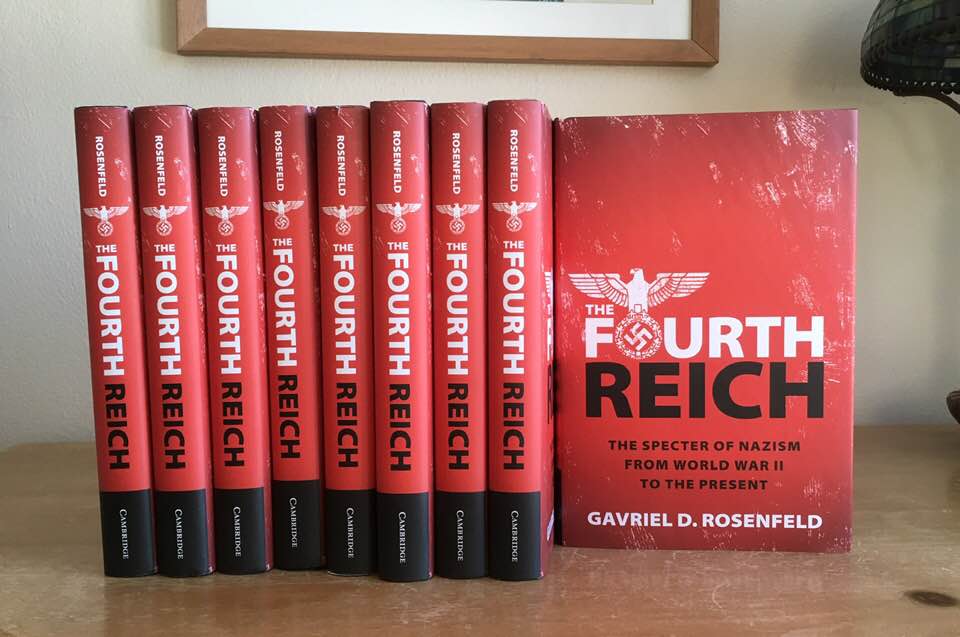 The first intense fears of a Nazi revival occurred during Denazification, the period when former Nazi supporters were expected to transition “from werewolves to democrats,” as Rosenfeld titled an early chapter. The most significant threat was posed by a radical right-wing underground group called Deutsche Revolution, whose top-line members included Klaus Barbie, the so-called Butcher of Lyon.

Deutsche Revolution’s plan was to infiltrate its people among British occupation authorities, with the ultimate purpose of convincing Britain to turn against Russia. In return for working against the Russians, Deutsche Revolution expected to receive “a series of Allied concessions: most notably, an end to Denazification, the release of Nazis from internment camps, the return of Germany’s eastern territories from Poland, and an end to economic reparations,” wrote Rosenfeld.

The threat posed by Deutsche Revolution activists and their vision of a Fourth Reich became so acute that the Allies enacted “Operation Selection Board,” a nighttime raid in which several thousand Allied troops “fanned out across Western occupation zones in frigid weather to arrest more than one hundred suspects associated with the Deutsche Revolution,” wrote Rosenfeld. 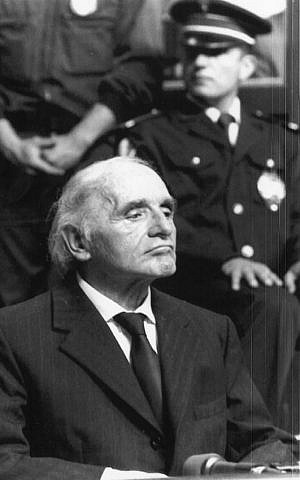 Many of the radicals who were arrested that night were former SS and Wehrmacht officers, according to Rosenfeld. There were also mid-level bureaucrats, the people needed to turn orders into action and who never appeared on trial at Nuremberg or in Jerusalem.

“It is easy to imagine ways in which the conspiracy might have been more successful,” wrote Rosenfeld of the episode. For example, if the radicals had taken advantage of tensions that developed later between the West and Russia, Deutsche Revolution’s goals might have gained wider acceptance among Germans. This would have strengthened the radical right, according to the author.

Beginning in the 1960s, pop culture in the US became obsessed with evil. A wave of books on the Fourth Reich kept people afraid of Nazis while simultaneously allowing readers to triumph over Germany’s wartime evil in a posthumous manner, according to Rosenfeld. 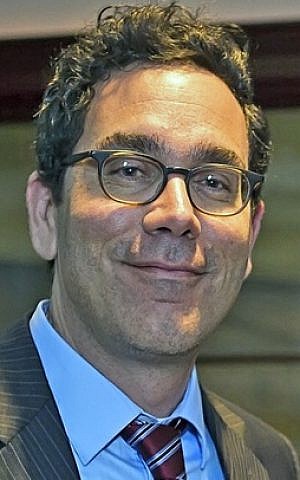 A central element of the Fourth Reich genre was that readers were able to witness “Nazis paying for their crimes with their lives,” wrote Rosenfeld. People were able to channel their anger about real Nazis having “evaded justice for their crimes” into a “vicarious, fictional form of vengeance,” he wrote.

Tied to the development of Fourth Reich literature was the spread of Holocaust awareness, said the author. During the Eichmann Trial and through film, people were exposed to the genocide’s graphic aspects.

Some observers tried to “universalize” the Holocaust’s “significance by expanding its relevance to subjects that are unrelated, but ostensibly similar,” Rosenfeld told The Times of Israel.

“For example, left-wing activists who accused the Johnson and Nixon administrations of being a Nazi-like Fourth Reich because of American crimes in Vietnam [created] a polemical/rhetorical tool to raise awareness about a present-day concern,” said Rosenfeld.

Some of these activists “were motivated by their political agendas to elide the differences between the Nazi genocide of the Jews and present-day American deeds,” said Rosenfeld.

The politics of Nazism took center stage in Skokie, Illinois, when the National Socialist Party of America attempted to hold a march in the center of town in 1977. The struggle of Illinois authorities to block the gathering made it all the way to the US Supreme Court, which affirmed the neo-Nazis’ rights to the freedoms of expression and assembly. 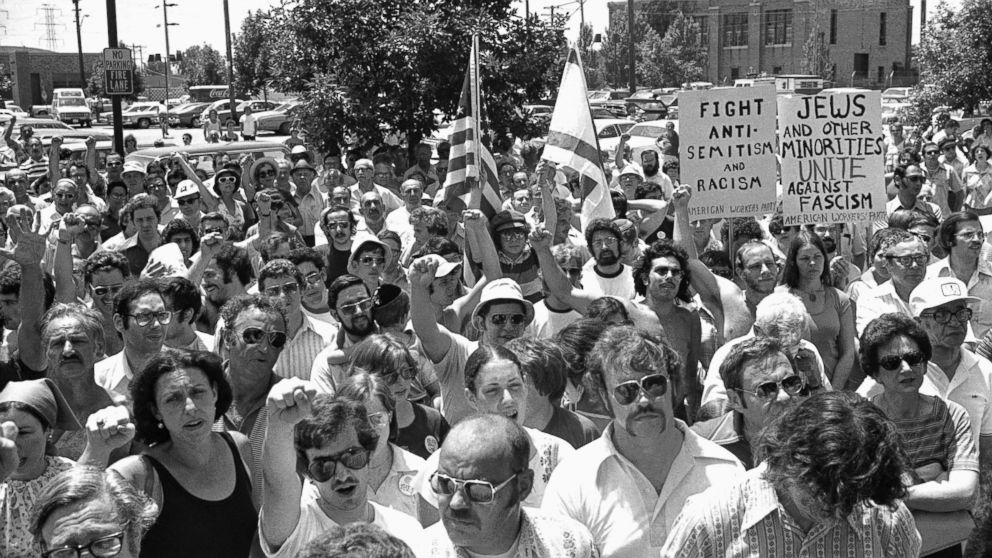 The “Skokie Affair” occurred toward the end of the so-called “long 1970s,” an era in which the moral clarity of the immediate post-war era gave way to Nazi-based kitsch, explained Rosenfeld. In place of the Nuremberg Trials’ stark justice, SS men were transformed into “stock villains” and “superficial symbols,” wrote Rosenfeld.

“As the prospect of a Fourth Reich was becoming internationalized, its significance was becoming universalized,” wrote Rosenfeld. “Precisely as this happened, however, signs of a reaction against it became visible in the nascent efforts to aestheticize the Fourth Reich by stripping it of its moral and political significance.”

As an academic cross-over book, “The Fourth Reich” is intended to wake people from complacency about the state of world affairs.

“The only way to mute the siren call of the Fourth Reich is to know its full history,” wrote Rosenfeld. “Although it is increasingly difficult in our present-day world of fake ‘facts’ and deliberate disinformation to forge a consensus about historical truth, we have no alternative but to pursue it.” 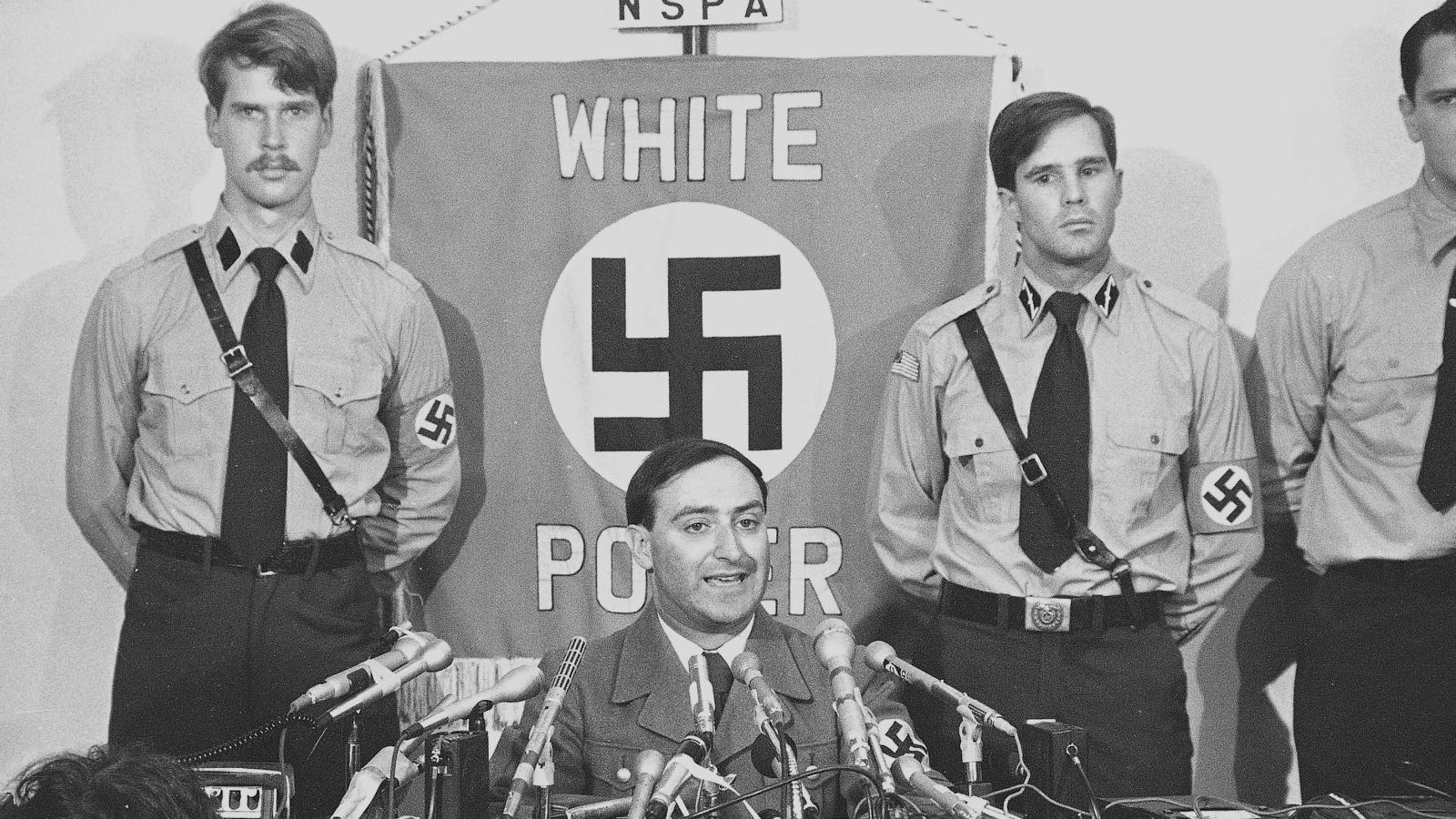 A major problem, according to Rosenfeld, is that few people understand the “historical appeal” of the Fourth Reich. This understanding is a prerequisite for prevention, wrote the author. In the US, for example, some people are making Fourth Reich analogies that “grossly exaggerate” what is taking place, said Rosenfeld.

“I have mixed feelings about employing Nazi analogies and terminology to criticize present-day American politics,” Rosenfeld told The Times of Israel. “On the one hand, invoking the Fourth Reich to attack Donald Trump, as some left-wing activists have done, is a gross exaggeration and, like the terms ‘Nazi’ and ‘fascist,’ can be viewed as overly alarmist and fall victim to the perils of ‘crying wolf,’” said the author.

At the same time, “Nazi analogies, if handled soberly — i.e., so as to expose differences as well as similarities — have their place in analyzing American trends.” 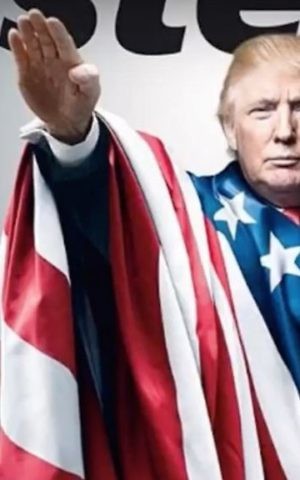 The cover of the latest issue of the German magazine Stern depicting US President Donald Trump extending his arm in a Nazi salute. (Screen capture: YouTube)

“On the other hand, it would be irresponsible to ignore the right-wing turn in American (and European) political life and not examine the possible ways in which it may contain the potential for something more serious,” said Rosenfeld.

Although the “siren call” of the Fourth Reich might be spreading around the world, Rosenfeld sees little in recent American history that portends a revival of National Socialism on American shores.

“People had ample reason, of course, for fearing German recidivism, whereas there are objectively fewer reasons for fearing such a turn in American life,” Rosenfeld told The Times of Israel.

Rosenfeld cautioned, “We’d be naive to think it impossible.”