A FORMER NASA scientist has claimed time travel is possible because the “speed of light is changing”.

Louise Riofrio is involved in a project that will put an atomic clock into the International Space Station to “verify” her theory.

She reached the conclusion that the speed of light is changing while working at NASA.

The scientist analysed lasers that bounced off reflectors left by astronauts on the moon, which appeared to show the moon was moving too fast.

But – when she compared it to various experiments on Earth using fossils, observations of ancient eclipses and computer simulations – she found it was actually moving more slowly.

It led her to believe that “the speed of laser light slowing had caused the moon to appear to be moving faster”.

This, she claimed, could be of huge significance when it comes to time travel.

“As far as moving backwards in time, if that’s ever possible no equations like this will ever find out that. 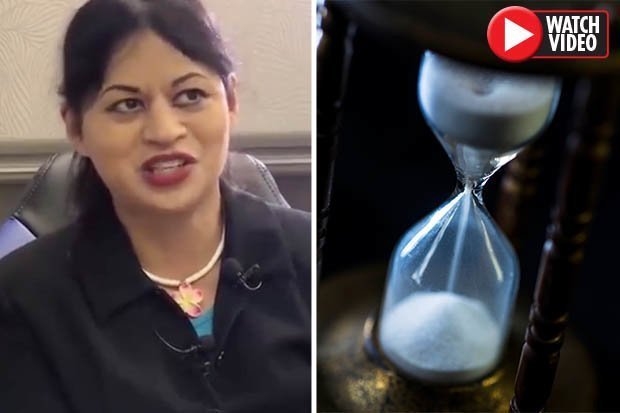 The scientist also said her theory could allow warp speed – similar to that seen in cult series Star Trek – to occur in space.

“Warping space to reach other solar systems faster than light is definitely something we might do some day,” she added.

It is not the first time there have been claims of time travel existing.

Wacky conspiracy channel Apex TV has posted several videos in the past of so-called time-travellers revealing their “proof”.

One particularly outlandish clip showed a man revealing a photo he supposedly took of a dinosaur – 66million years ago.

Read More:Australian Scientists Claim They Have Proof Of Time Travel