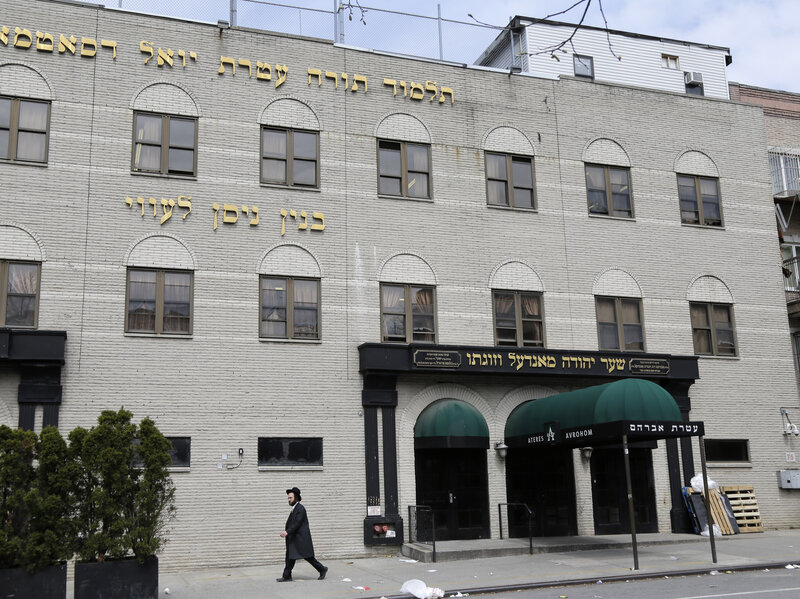 A Brooklyn judge has sided with New York health officials to uphold a mandatory measles vaccinations order, dismissing a lawsuit from a group of parents who claimed the city had overstepped its authority.

Judge Lawrence Knipel on Thursday refused parents’ request to lift the vaccination order that was imposed last week to stem a severe measles outbreak. “A fireman need not obtain the informed consent of the owner before extinguishing a house fire,” Knipel wrote in his ruling as quoted by Gothamist. “Vaccination is known to extinguish the fire of contagion.”

On the same day, the city announced that it was closing four more schools and issuing three civil summons for parents who had failed to comply with the mandate.

As of Thursday, the New York Department of Health had recorded 359 cases of measles since the outbreak began in October, up from 329 confirmed cases on Monday. The cases are centered in ultra-Orthodox Jewish communities in Brooklyn.

A group of five parents had sued the city over the mandated measles, mumps and rubella vaccinations, claiming that the current outbreaks do not justify “drastic emergency measures” that override individual rights. The lawsuit argued that the outbreak was not a “clear and present danger to public health.”

But the judge disagreed.

“The unvarnished truth is that these diagnoses represent the most significant spike in incidence of measles in the United States in many years and the Williamsburg section of Brooklyn is at its epicenter,” he wrote in his opinion, The Wall Street Journal reports.

Robert Krakow, the parents’ attorney, said that his clients were disappointed and that they were discussing next steps, according to The Journal. He said he was not surprised by the decision.

In Thursday’s release, the city said it had identified three children who were exposed to measles but were still unvaccinated as of last Friday. The cases will go to a hearing, where parents will pay a $1,000 penalty if the violations are upheld, according to the city. Parents who do not appear at the hearing or respond to the summons will be fined $2,000.

The city said its health authority is working with community leaders to ensure schools comply with emergency mandates.

A preschool program at United Talmudical Academy, which was closed for violating a city order that required it to provide medical and attendance records, reopened on Thursday “under Health Department monitoring,” the city announced.

“Because of measles’ long incubation period, we know this outbreak will get worse before it gets better,” said Health Commissioner Oxiris Barbot in a press release on Thursday. “However, we can turn the tide by people getting vaccinated, especially before Passover when families and communities will gather.”

Prior to the hearing, the city’s Board of Health had voted to extend the mandate until the end of the current outbreak. Barbot said on Wednesday that an estimated 500 children aged 1 to 5 in Williamsburg had been vaccinated since the mandate was imposed on April 9, Gothamist reports.

“The purpose of this emergency order isn’t to fine people,” Barbot said. “It’s to stress the urgency and the importance of getting vaccinated and to enlist as many people as possible spreading the message that these vaccines are safe and effective.”

According to city data, about 14% of the children aged 1 to 5 in Williamsburg still have not been immunized, Gothamist reports.

In Washington state, which also has seen a measles outbreak this year, lawmakers in the Senate passed a bill Wednesday that removes the personal belief exemption from MMR vaccinations, as NPR’s Laurel Wamsley reports. The bill, which is expected to become law, leaves medical and religious exemptions intact.