ANTI-VAXXER parents are hosting “measles parties” so their kids can contract the deadly virus instead of getting the jab, it has been reported.

City health officials blasted parents after they were found them encouraging their un-vaccinated kids to get the virus from each other in Brooklyn, New York. 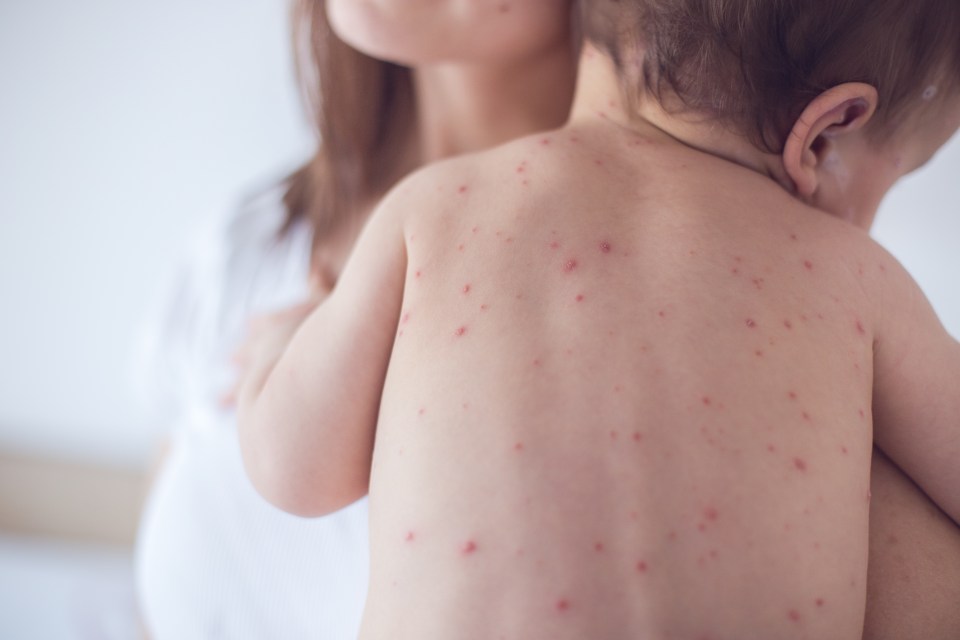 The movement against the MMR vaccine, which protects against measles, mumps and rubella, is largely thought to stem from the work of Andrew Wakefield.

The study was retracted in 2010 but the paper has had a lasting influence with the “anti-vaxxer” movement particularly taking off in America.

And the movement has sparked concern amid the current measles outbreak in New York – the largest the city has seen since 1991.

It is believed misguided parents are hosting “measles parties”, encouraging their young, un-vaccinated children to spread measles with the idea that once a child has contracted it, they will be immune.

The “parties” are similar to “pox-parties” where kids were encouraged to contract chickenpox from each other.

These were popular before the introduction of the varicella vaccine in 1955.

It is now widely recognised by health officials that vaccinating a child is far safer than deliberately infecting them.

The measles virus is highly contagious and in some cases can lead to death.

The city’s health commissioner said she was “particularly concerned” about these parties and urged parents to get the MMR vaccine for their children.

She said: “I understand that parents may be afraid of getting their children vaccinated.

“I know that getting vaccinated is far safer than getting measles.”

According to the NHS, the MMR vaccine is “a safe and effective combined vaccine that protects against 3 separate illnesses – measles, mumps and rubella (German measles) – in a single injection.

“Measles, mumps and rubella are highly infectious conditions that can have serious, potentially fatal complications, including meningitis, swelling of the brain (encephalitis) and deafness.”

A person infected with measles can experience “cold-like” symptoms, according to the NHS.

Initial symptoms can include: “a runny or blocked nose, sneezing, watery eyes, sore, red eyes that are sensitive to light, a high temperature (fever), which may reach around 40C (104F), small greyish-white spots in the mouth, aches and pains, a cough, loss of appetite, tiredness, irritability and a general lack of energy.”

These symptoms are then followed by the measles rash – the illness can last up to ten days and can result in hospitalisation or even death, according to the NHS.

Some 285 cases of the once virtually-eradicated disease have been confirmed in New York since October compared to just two in 2017.

The epidemic is mostly confined to the Orthodox Jewish Community in Brooklyn’s Williamsburg neighbourhood.

He said yesterday: “This is the epicentre of a measles outbreak that is very, very troubling and must be dealt with immediately.”

Of the 285 New Yorkers afflicted by the virus 246 of them are children and the majority of the cases are contained within the city’s tight-knit Orthodox Jewish community, according to Bloomberg.

Worryingly, New York isn’t alone in its measles outbreak – the BBC reports more than 41,000 people in Europe were infected with the measles virus in the first sixth months of 2018.