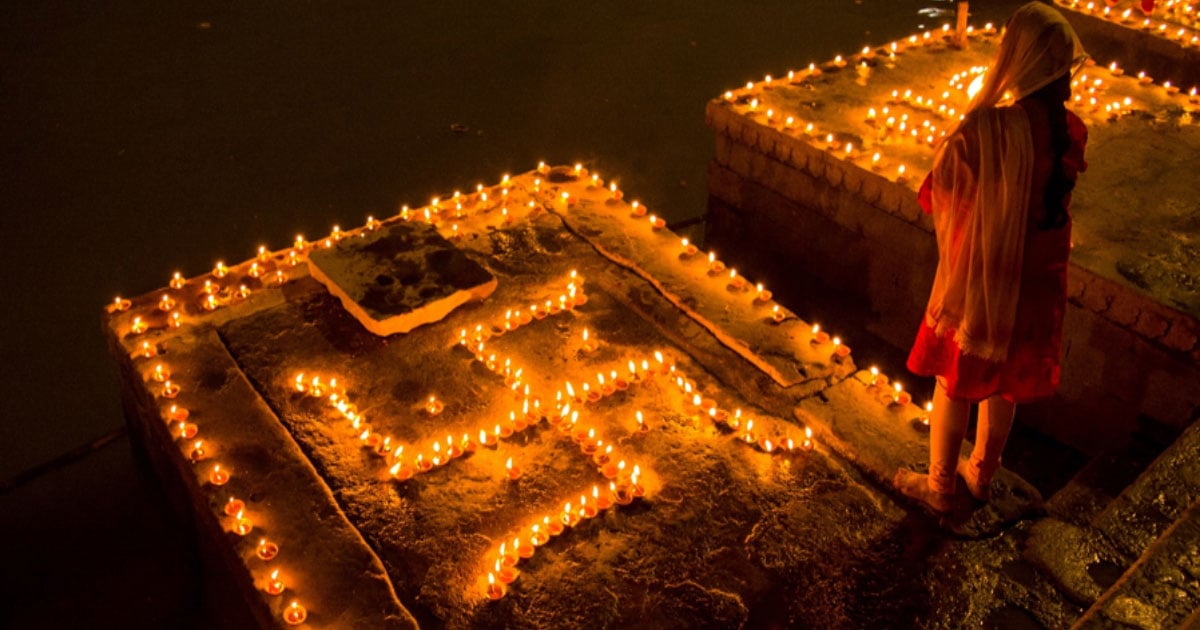 The swastika is a symbol that was used in the 20 th century by of one of the most hated men ever to have lived, a symbol that now represents the slaughter of millions of people and one of the most destructive wars on Earth. But Adolf Hitler was not the first to use this symbol. In fact, it was used as a positive and powerful symbol thousands of years before him, across many cultures and continents.

Spiritual Beginning for the Swastika

For the Hindus and Buddhists in India and other Asian countries, the swastika was an important symbol for many thousands of years and, to this day, the symbol can still be seen in abundance – on temples, buses, taxis, and on the cover of books. It was also used in Ancient Greece and Rome, and can be found in the remains of the ancient city of Troy, which existed 4,000 years ago. The ancient Druids and the Celts also used the symbol, reflected in many artifacts that have been discovered. It was used by Nordic tribes, and even early Christians used the Swastika as one of their symbols, including the Teutonic Knights , a German medieval military order, which became a purely religious Catholic Order. But why is this symbol so important and why did Adolf Hitler decide to use it? 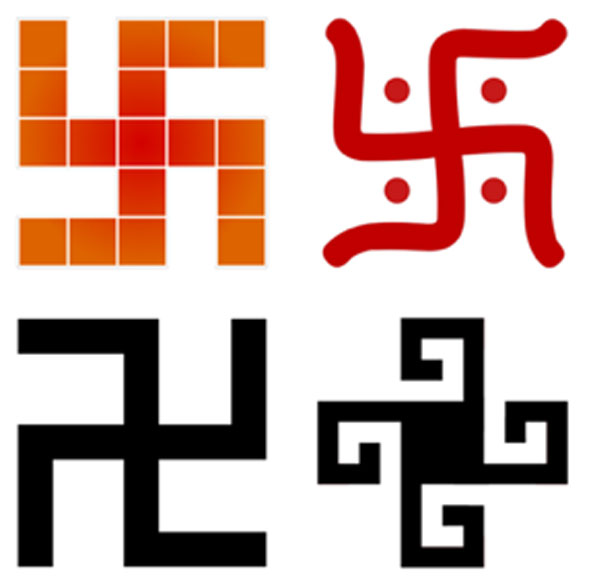 A swastika is a symbol found in many cultures, with different meanings, drawn in different styles. ( CC BY-SA 4.0 )

Positive Days of the Swastika

The word ‘swastika’ is a Sanskrit word (‘svasktika’) meaning ‘It is’, ‘Well Being’, ‘Good Existence, and ‘Good Luck’. However, it is also known by different names in different countries – like ‘Wan’ in China, ‘Manji’ in Japan, ‘Fylfot’ in England, ‘Hakenkreuz’ in Germany and ‘Tetraskelion’ or ‘Tetragammadion’ in Greece. 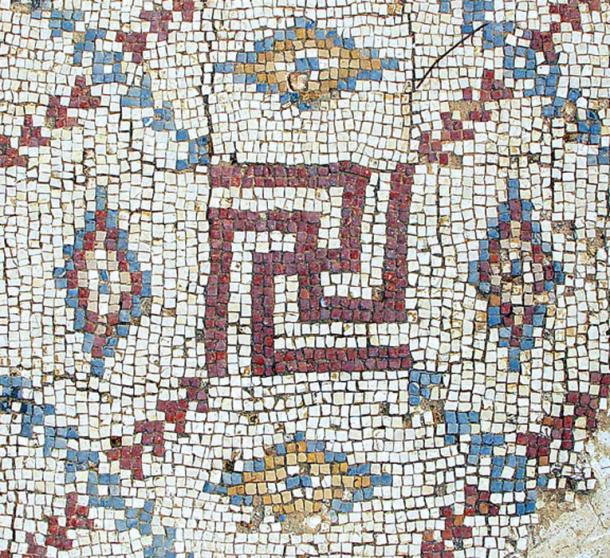 In 1979, a Sanskrit scholar P. R. Sarkar said that the deeper meaning of the word is ‘Permanent Victory’. He also said that like any symbol it can have positive and negative meaning depending on how it is drawn. So in Hinduism, the right-hand swastika illustrated below is a symbol of the God Vishnu and the Sun, while the left-hand swastika is a symbol of Kali and Magic.

The double meaning of symbols is common in ancient traditions , like for example the symbol of the pentagram (five pointed star), which is viewed as negative when pointing downwards, and positive when pointing upwards.

The earliest swastika ever found was uncovered in Mezine, Ukraine, carved on an ivory figurine which dates back an incredible 12,000 years. One of the earliest cultures that are known to have used the Swastika was a Neolithic culture in Southern Europe, in the area that is now Serbia, Croatia, Bosnia and Herzegovina, known as the Vinca Culture, which dates back around 8,000 years. 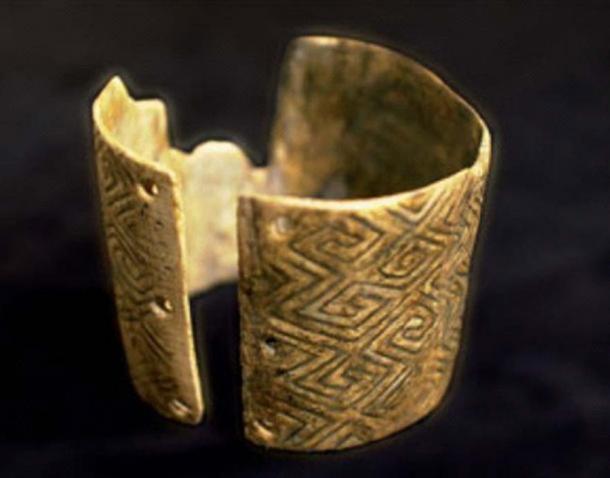 Swastika pattern on a mammoth bone bracelet from Mizyn. (Image: Encyclopedia of Ukraine )

In Buddhism, the swastika is a symbol of good fortune, prosperity, abundance and eternity. It is directly related to Buddha and can be found carved on statues on the soles of his feet and on his heart.  It is said that it contains Buddha’s mind. 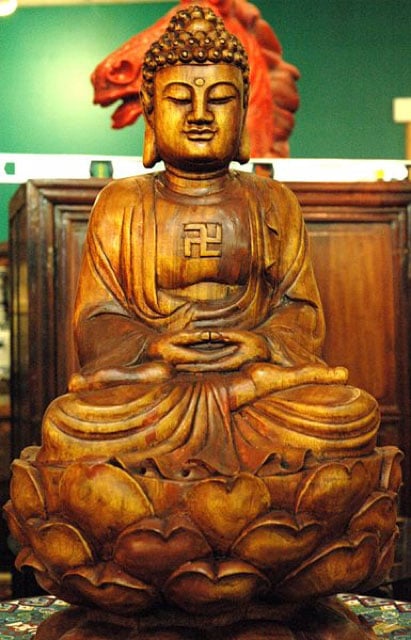 On the walls of the Christian catacombs in Rome, the symbol of the Swastika appears next to the words “ZOTIKO ZOTIKO” which means “Life of Life”. It can also be found on the window openings of the mysterious Lalibela Rock churches of Ethiopia, and in various other churches around the world. 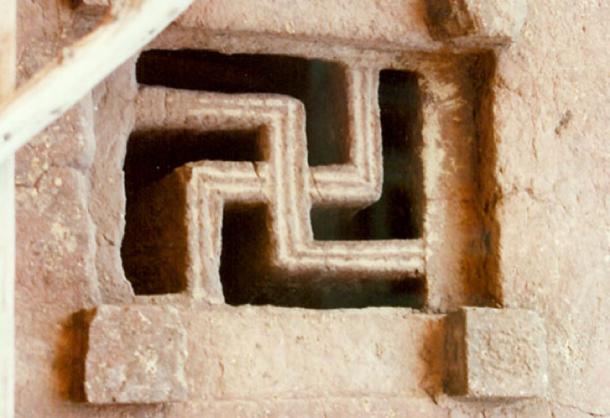 Skastika symbol in the window of Lalibela Rock hewn churches. ( CC BY 3.0 ) 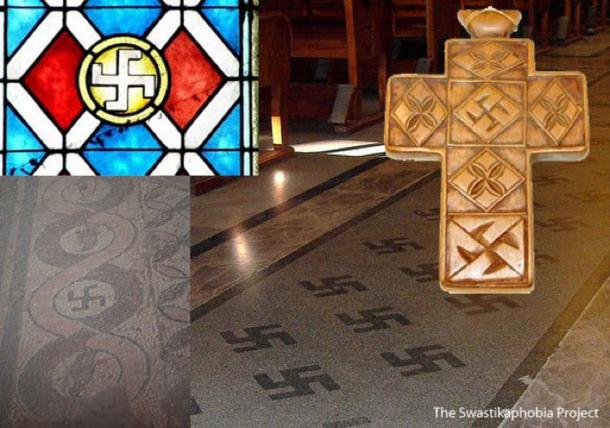 Various examples of the swastika in Christian settings. ( The Swastikaphobia Project )

Left, The Samarra bowl at the Pergamonmuseum, Berlin. The swastika in the center of the design is a reconstruction. ( CC BY-SA 4.0 ); Right, Finding the cemetery of Ancient Thera, 8th to 7th century BC. Archaeological Museum of Fira. ( CC BY-SA 3.0 )

In Nordic Myths , Odin is represented passing through space as a whirling disk or swastika looking down through all worlds. In North America, the swastika was used by the Navajos. In Ancient Greece, Pythagoras used the Swastika under the name ‘Tetraktys’ and it was a symbol linking heaven and earth, with the right arm pointing to heaven and its left arm pointing to Earth.

It has been used by the Phoenicians as a symbol of the Sun and it was a sacred symbol used by the priestesses. 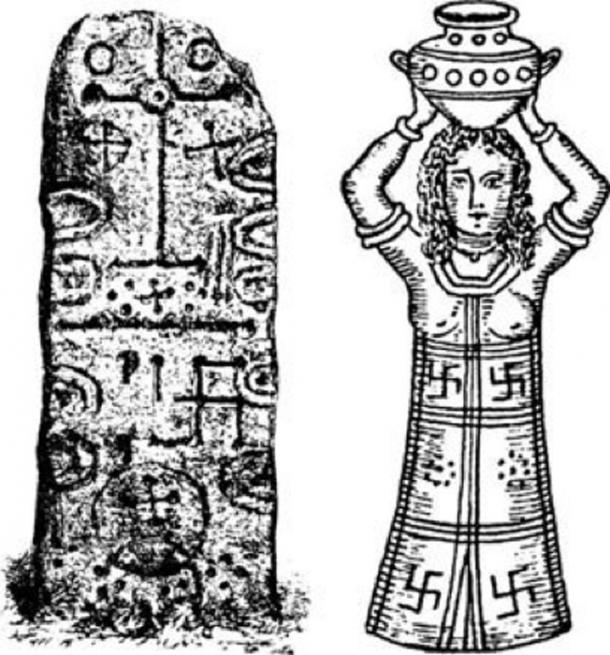 How and why did so many diverse countries and cultures, across many eras, use the same symbol and apparently with the same meaning?

It is ironic, and unfortunate, that a symbol of life and eternity that was considered sacred for thousands of years has become a symbol of hatred.

Read More:Perhaps In An Effort To Save Face, Francis Opens Vatican’s Files On ‘Hitler’s Pope’ Prematurely