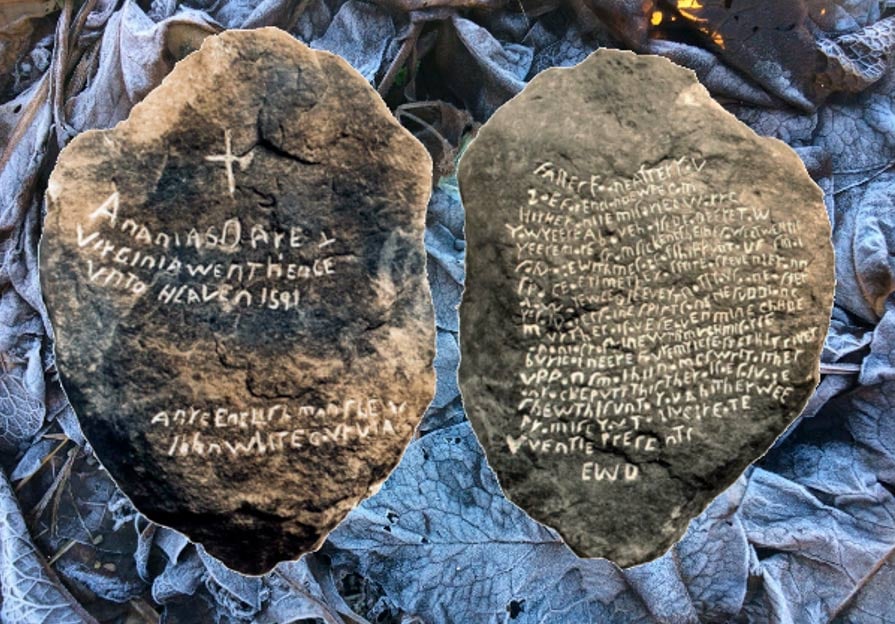 In 1937, a man walked into the history department at Emory University with a stone in his hand that had a mysterious inscription, which he had supposedly found while driving through the woods of North Carolina. Upon examining this stone, some scholars became convinced that it had a message from members of the lost Roanoke colony. The Dare Stone, as it came to be called, would both put a small, unrelated university in Gainesville, Georgia on the map, and damage its reputation as an institution that fell for what may have been one of the greatest hoaxes of the modern era… unless, of course, it was not a hoax.

What is the Dare Stone?

It should be noted that there is technically more than one Dare stone since similar stones were also ‘discovered’ after the initial find. The other stones, however, are generally considered to be fakes, so for the purpose of this article, only the first stone will be referred to as “the Dare Stone” since it is the only one considered to possibly be authentic by scholars. The artifact is a quartz-rich stone that has a mysterious inscription on it. The inscription appears to be a 16th century English message from a woman named Eleanor White Dare recounting what happened to the Roanoke colonists. The message on the stone claims that most of the colonists died from illness and war with hostile Native American factions. It specifically mentions the death of her husband and their new-born daughter, Virginia. 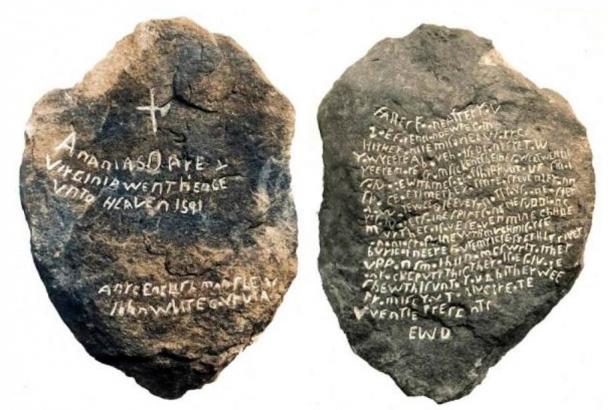 Background of the Roanoke Colony

In 1587, a colony was established on an island off the coast of North Carolina called Roanoke Island. This was the first known English speaking settlement in the Americas. The governor, appointed by Sir Walter Raleigh , was John White. White’s daughter, Eleanor White Dare and son-in-law Ananias Dare were also part of the colony.

After establishing the colony, John White returned to England to get more supplies. When he arrived in England, however, his ship was commandeered by the English navy to fight against the Spaniards. Because of this, John White was not able to return to the Roanoke colony for several years. In 1590, when he at last was able to return, he discovered that the colony had vanished almost without a trace. To this day, no one knows what happened to the Roanoke colonists – which has led to a great deal of speculation regarding their fate. 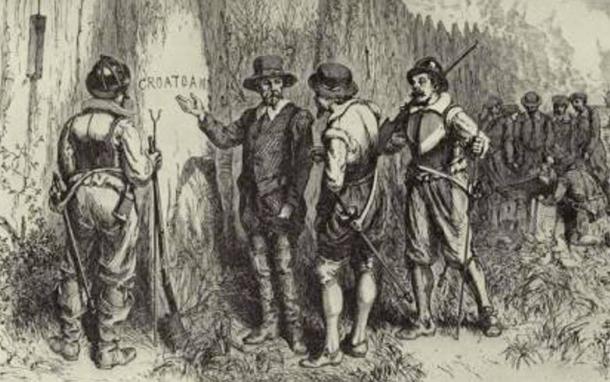 Discovery of the Dare Stone

The Dare stone was purportedly discovered in a swamp about 80 miles (130 km) from Roanoke Island. When the man who discovered it, a tourist from California, brought the stone to Emory University the historians were not interested in investigating it.

One professor, however, by the name of Hayward Pearce, Jr. took great interest in it. After Emory University historians took no interest, Pearce took the stone to Brenau University in Gainesville, Georgia – where his father was president and he was also vice-president. 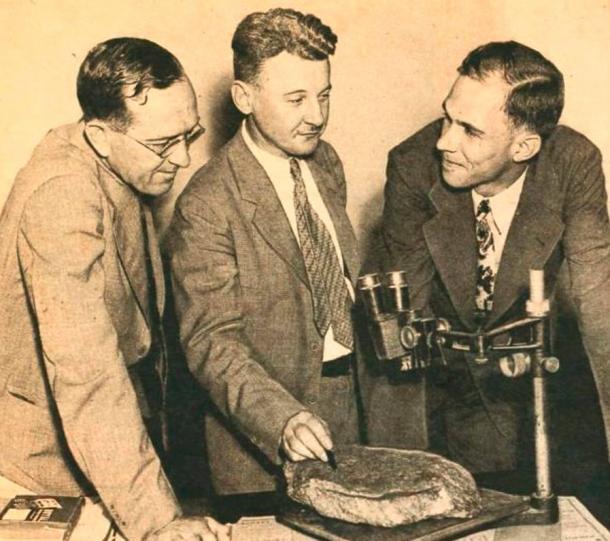 The initial investigation into the stone appeared to reveal that it was genuine. Even a historian from Harvard, Samuel Eliot Morison, agreed that it was most likely a genuine artifact. This created a lot of excitement as many scholars came to believe that the mystery of the Roanoke colonists’ disappearance had finally been solved. It also spurred the alleged discovery of almost 50 other stones by 1941.

Revelation of a Hoax

The Dare Stone did much to place Brenau University in a position of importance. It also helped to accelerate the careers of the stone’s main advocates. This made it all the more devastating when, in 1941, an article from the Saturday Evening Post , dismissed the Dare Stone as a hoax.

Among the article’s main arguments was that the linguistic style of the message didn’t match the period. The text was entirely in Roman letters when, at that time, according to the Elizabethan scholar the article used as a source, Samuel Tannenbaum, only the well-educated used Roman letters. Most people with some but not significant education used Gothic script to write. 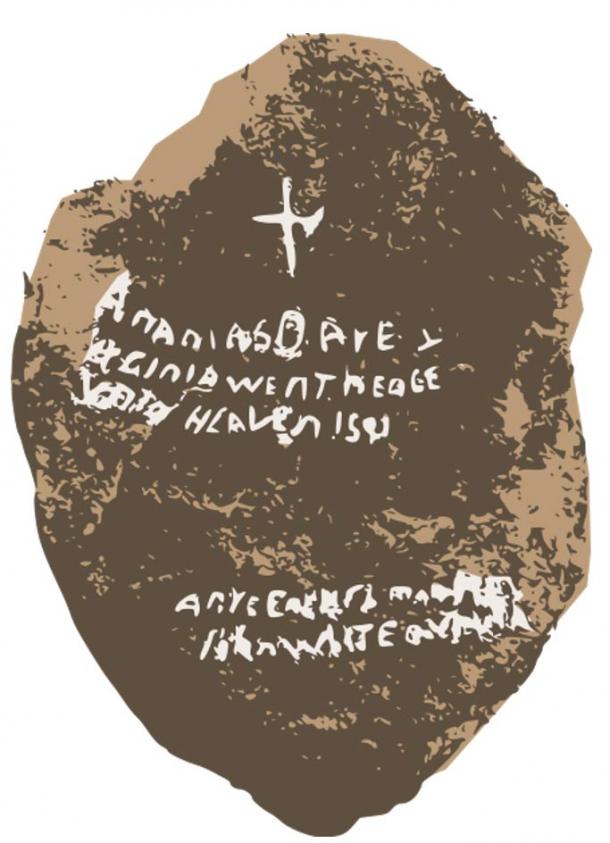 An artistic depiction of the original Dare Stone and the writing on the front. (Nesnad/ CC BY 4.0 )

Also, the article stated that the spelling was too consistent. Words in the message were always spelled the same way, something that wouldn’t be expected in the 16th century, when there was no standardized spelling of English words.

These facts, combined with the dubious discoveries of other stones after the first stone was found, were taken by the academic world to mean that the Dare Stone was all a hoax. This damaged some reputations and the rock mysteriously disappeared from displays at Brenau University.

Was the Dare Stone a Hoax?

Today, the Dare Stone is considered to be of little historical value for understanding the Roanoke colony and is generally thought of as an elaborate hoax. But since 1941, some people have also come forward defending the stone’s authenticity. The other stones were largely dismissed as fakes, but the original stone is still considered by some scholars to likely be genuine.

As recently as 2016 , Ed Schrader, a geologist and president of Brenau University took a closer look at the type of stone used for the inscription. Breaking apart a sample taken from the stone, he noticed that the interior was a much lighter color than the weathered exterior. The interior was more lightly colored than the inscription as well.

Additionally, more recent epigraphic analysis by Elizabethan scholars does not reveal anything that makes the rock obviously a hoax. However, there are some aspects of the inscription that do appear inconsistent with the time period or with the writing of Eleanor Dare. These include certain word choices and the use of initials, E.W.D., to sign the inscription – when use of initials was rare in the late 16th century. Another problem that sceptics point out is the use of Arabic numerals. 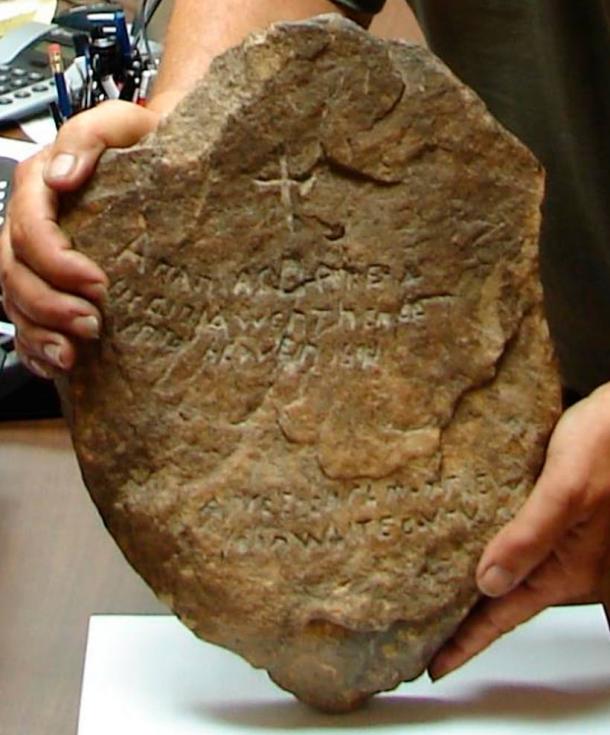 Most of the academic world rejects the stone as a forgery, though there are some scholars who do argue for its authenticity. At this point, more evidence is probably needed to confirm whether it is history or hoax. Although there are problems with the inscription, as mentioned above, petrographic analysis of the rock is consistent with the inscription being several centuries old and there is nothing that makes it obviously a hoax. The genuineness of this artifact will probably remain a mystery as long as the story of the disappearance of the Roanoke colonists is also unexplained. This, of course, is because discovering the true story of the lost colony would instantly confirm or deny the historicity of the message of the Dare Stone.

Top Image: Front and back of the original Dare Stone ( Brenau University ) with a leaf background. ( CC0)