A “trans-species” woman who identifies as an elf appeared on Good Morning Britain today. The young woman from Chicago, named Kimberel Eventide told Piers Morgan and Susanna Reid that she is an elf trapped in a human body and that she identifies as an “Otherkin,” which is a term used to describe individuals who feel that they are mythical creatures, and not entirely human.

Many viewers felt that the interview was a sort of April fools joke, especially after Eventide said that she made the decision to become an elf after forming a deep connection with the characters from J R R Tolkien’s “The Lord of the Rings.”

Eventide explained that Elvin is, “about a way of life and being connected to animals always. It’s not about the ears, it’s who you are on the inside and how you carry yourself. But ears do make it fun. I believe that Otherkins are human but they also have other parts to them that make them a unique human on Earth. When someone gets in touch with their Elven soul, they finally see all of those flaws, all those imperfect things within themselves as someone beautiful. Something unique.’

Eventide wears prosthetic ears and dresses in a costume that does seem to be taken from Lord of the Rings. 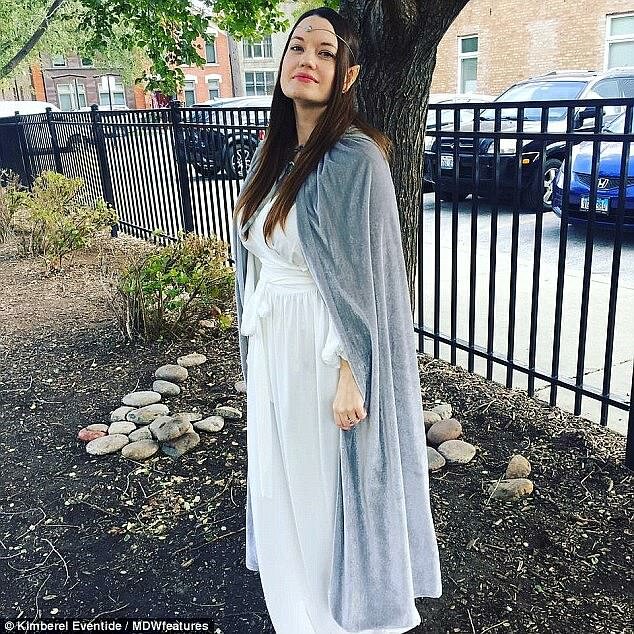 Morgan didn’t seem to understand the “Otherkin” philosophy or the idea of wanting to be a mythical creature.

“People are laughing at this but you’re deadly serious, aren’t you? You identify trans-species elf?” Morgan asked.

During the interview, Eventide explained that she has a human husband and that they will someday have children that are a mix of human and elf.

Susanna Reid then asked, ‘I don’t want to insult you at all, you’re self-identified and I respect that… but by saying you’re something different than human, you’re denying the fact that humans can be all sorts of things, can’t they?’

To which Eventide responded, “It really is just about the human being connected to nature and getting in touch with their pure spirit.”

As strange as this may seem, this is actually not just an isolated incident, there are actually numerous people out in the world who identify as “Otherkin” and elves specifically.

Argentinian Luis Padron is one of the most extreme examples of this phenomenon. Padron has spent over £45,000 on surgeries to transform himself into an elf. He continues to spend an additional £3,800 each month to keep up his “Otherkin” appearance. The surgeries included cheek liposuction, a rhinoplasty, full body hair removal, Botox and filler. He still has more than £68,000 worth of surgery planned including fang-like dentures, pointed ears, a v-shaped jawline, and nose surgery. 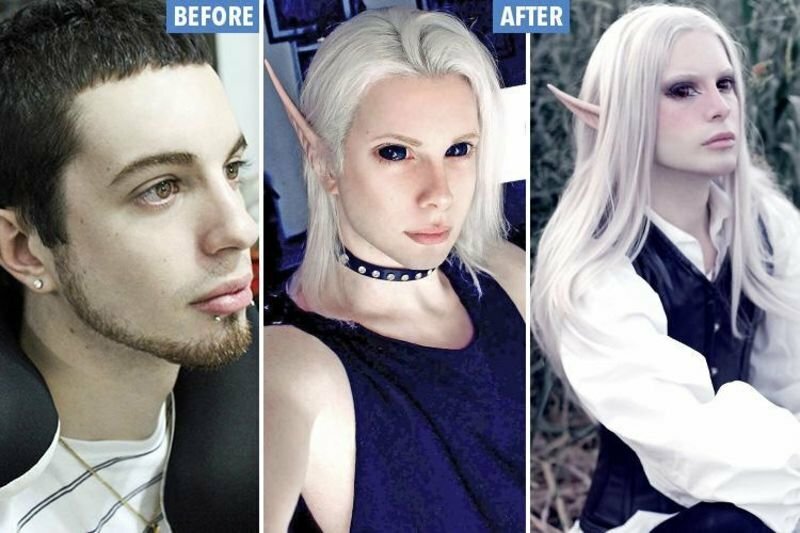 All of my surgeries are fantasy-related and I’ve always had a big forehead that bothered me a lot. One of the most important parts about being an elf is having long hair, that’s why I decided to reshape my hairline for a more fantasy look and have more hair,” Padron said.

Padron said that being bullied as a child made him want to find an escape from the world, and he found that in fantasy stories.

‘I was bullied as a child and as an escape I would submerge myself in movies like Labyrinth and The NeverEnding Story, as well as other fantasy tales. I want to be an elf, an angel and a fantasy being, my aim is to look inhuman, ethereal, graceful and delicate – I have my own beauty ideal and want to achieve that no matter what. I consider myself trans-species, in the same way transgender people feel, I need to become how I feel inside, I don’t expect people to understand but I ask they respect it,” he explained.

Read More:You Reap What You Sow: Geriatric Who Identifies As 49 Year Old Sues For The Legal Right To Change His Birthday

Read More:Deluded: Transgender Teacher Awarded $60,000 In Harassment Lawsuit For Being Called ‘She’