Brunei could start whipping or stoning gay people to death next week when strict new laws are introduced, human rights groups have warned.

The tiny oil-rich nation already implements Sharia laws, with homosexuality punishable with up to ten years in prison.

But from the start of next month the government plans to amend the penal code to mean LGBT people could be stoned to death and thieves could have limbs amputated.

Brunei was the first East Asian country to introduce Islamic criminal law in 2014 when it announced the first of three stages of legal changes that included fines or jail for offences like pregnancy outside marriage or failing to pray on Friday. 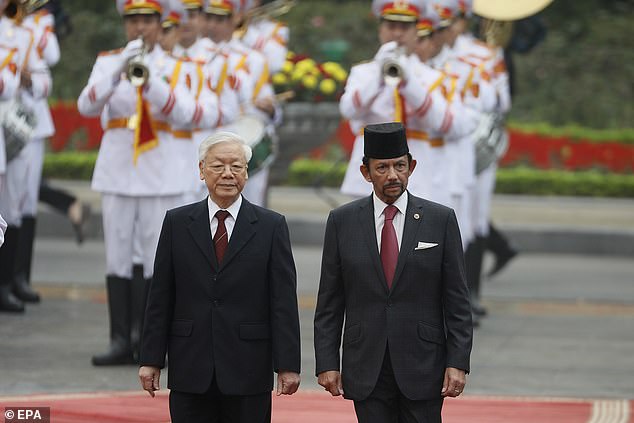 Previously, homosexuality was illegal in Brunei and punishable by up to ten years imprisonment. But the changes would allow whipping and stoning to death for Muslims found guilty of adultery, sodomy and rape, said human rights groups.

The new penalty for theft is amputation of the right hand for a first offence, and the left foot for a second offence.

The new penalties, which also apply to children, are in new sections under Brunei’s Sharia Penal Code and will come into effect April 3, Amnesty said in a statement.

The country delayed implementing the final two stages of changes after an international backlash in 2014 which included a boycott of the Beverley Hills Hotel, which is linked to Brunei’s government.

But now Brunei authorities plan to go ahead with both stages, said Matthew Woolfe, founder of human rights group The Brunei Project.

Brunei’s sultan instituted the Sharia Penal Code in 2014 to bolster the influence of Islam in the tiny, oil-rich monarchy, which has long been known for conservative policies such as banning the public sale of liquor.

Amnesty labelled the penal code as a ‘deeply flawed piece of legislation’ with a range of provisions that violate human rights.

The legal changes were announced in a discreet notice on the attorney general’s website, the human rights group said.

Rachel Chhoa-Howard, Brunei researcher at Amnesty International, said some of the potential offences ‘should not even be deemed crimes at all, including consensual sex between adults of the same gender’. 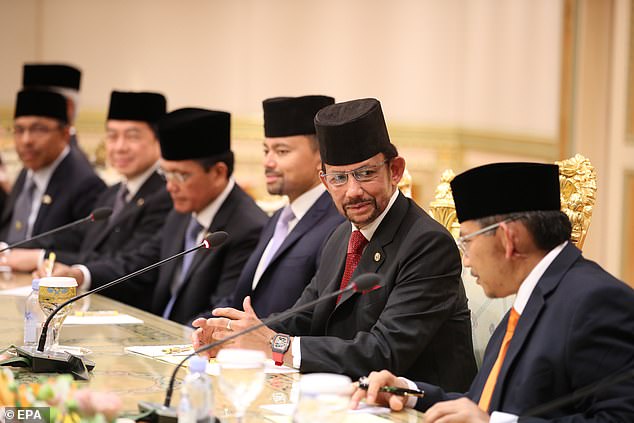 She added: ‘To legalise such cruel and inhuman penalties is appalling of itself.

‘Brunei must immediately halt its plans to implement these vicious punishments and revise its penal code in compliance with its human rights obligations.

‘The international community must urgently condemn Brunei’s move to put these cruel penalties into practice.’

There has been no vocal opposition to the law in Brunei, where Sultan Hassanal Bolkiah rules as head of state with full executive authority. Public criticism of his policies is extremely rare in Brunei.

The Sultan, who has reigned since 1967, has previously said the Shariah Penal Code should be regarded as a form of ‘special guidance’ from God and would be ‘part of the great history’ of Brunei. 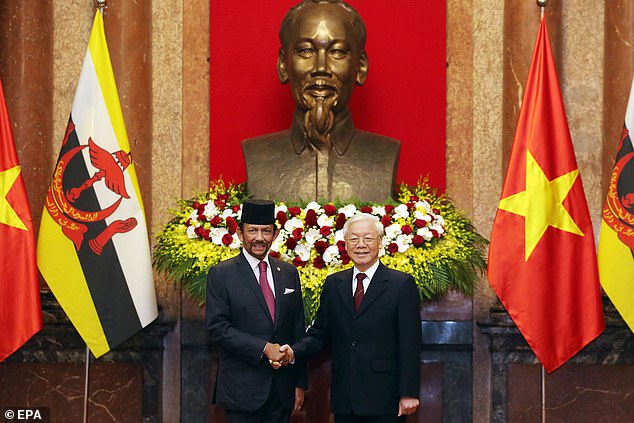 Under secular laws, Brunei already prescribes caning as a penalty for crimes including immigration offences, for which convicts can be flogged with a rattan cane.

ASEAN SOGIE Caucus, a Manila-based human rights group, confirmed the implementation of the remaining changes were due to take place on April 3, citing government documents.

Manila-based OutRight Action International also confirmed Brunei was about to implement a new stage in its sharia laws.

The Brunei Prime Minister’s Department did not respond to a request for comment.

‘We are trying to get pressure placed on the government of Brunei but realise there is a very short time frame until the laws take affect,’ Woolfe said, calling on governments to step up diplomatic pressure on Brunei.

‘It took us by surprise that the government has now given a date and is rushing through implementation,’ said the Australia-based campaigner. 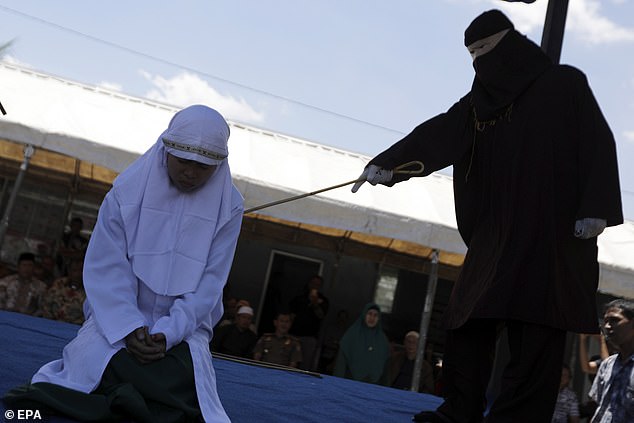 In neighbouring Indonesia, the province of Aceh, punishes those having sex outside marriage with public canning. Aceh is the only province in Indonesia that has implemented laws that punishes gay and  bisexual relationships this way

Woolfe said there had been no major public announcements on the implementation of the penal code changes aside from a statement on attorney general’s website late December which only came to light this week.

Brunei, a former British protectorate of about 400,000 nestled between two Malaysian states on Borneo island, is the first country in east Asia to adopt the criminal component of sharia at a national level.

Dede Oetomo, one of Indonesia’s most prominent LGBT+ activists, said it would be a gross violation of international human rights if the changes went ahead.

‘It is horrible. Brunei is imitating the most conservative Arab states,’ he said.