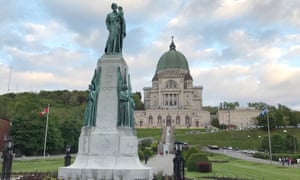 For more than 80 years, a crucifix has overseen the civic business of Canada’s second-largest city from its perch above Montreal’s city council chambers.

Next month, it will come down for good as the the centuries-old building prepares for renovation – and city councillors have decided that it will not be returned.

The crucifix’s removal comes as Quebec struggles to balance its Catholic past with a decidedly secular present day – and in the midst of a debate in the province over the place of religious symbols such as the hijab in public.

“We were going to take the crucifix down during the renovations anyways, so we asked ourselves if we were going to put it back up, and we decided that we won’t,” said city councillor Laurence Lavigne Lalonde, who oversees the city’s democratic institutions. “The context in which it was placed there no longer applies. We need to reaffirm the secular character of the chamber.”

The city purchased the half-metre-sized depiction of Jesus Christ for $25 in 1937. It was put in place at the behest of alderman (and fervent Catholic) Joseph-Émile Dubreuil to remind his colleagues of their allegiances to God as they went about their civic duties.

Religious artefacts are not uncommon in public buildings in the province, which is home to the lion’s share of Canada’s Catholics – and to myriad villages, towns and cities named after saints. In Montreal, a 31-metre illuminated crucifix sits atop Mont Royal, the tree-lined home to the city’s soul.

But since the early 1960s, during a great, modernising push known as the “Quiet Revolution”, the Catholic church’s influence over Québécois has slackened.

A more recent debate over the place and space given to religious minorities – seen by some as a threat to this hard-fought godlessness – has also prompted questions about the province’s own, very visible religious history. 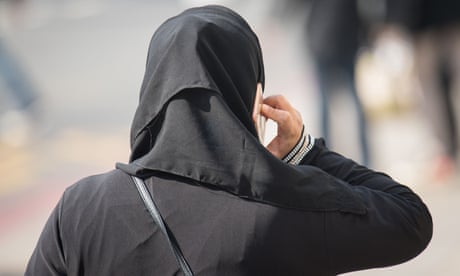 ‘It’s part of who I am’: proposed Quebec law could push hijab-wearers out of jobs

The province’s right-of-centre CAQ government will soon introduce legislation banning the wearing of religious symbols by any provincial employee with “coercive powers”, including police officers, prison guards and, bizarrely, elementary school teachers. Provincial teachers’ unions and school board have worried this will unfairly target hijab-wearing teachers in the province.

Yet until recently the same government refused to remove the crucifix from Quebec’s National Assembly, where it has kept watch since 1936. A similar size to its Montreal cousin but coloured gold, this particular crucifix was “a historical object”, said Quebec immigration minister Simon Jolin-Barrette recently. Media types and academics have taken to calling this apparent double standard ‘Catho-laïcité’, or ‘Catho-secularism.’

Soon after Montreal announced the removal of the crucifix, the Quebec premier, François Legault, said he was open to doing the same thing in Quebec’s National Assembly.

Should he do so, it will likely be an even more fraught an exercise than in Montreal. When La Presse columnist Rima Elkouri received many positive emails after she wrote in favour of the city hall crucifix’s removal. But she also received incredulous missives wondering why she wasn’t worried about the effect of the crucifix’s removal on people “born here”. (Elkouri was born in Montreal.)

“Religious symbols really divide people in Quebec,” Elkouri said. “When I write about the issue, I get these emails from people accusing me of wanting to tell Quebecers what to do. People are more and more vocal in their racism.”

Montreal’s crucifix will be on display in a museum area once the newly renovated city hall reopens in 2022. “It’s going to be part of an exposition, not just hidden in a cabinet somewhere,” said Lavigne Lalonde. There are no similar plans to remove the building-sized crucifix staring down from Mont Royal, however.