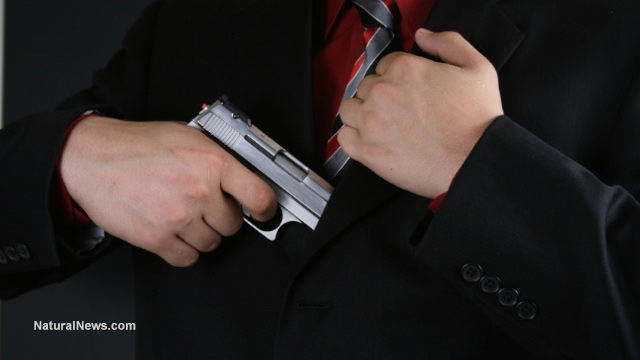 One of the reasons why Leftist Democrats love big government is because they can use it to give themselves, their party, and — importantly — their agenda an air of legitimacy.

That’s why majority House Democrats are pushing for more funding for “gun violence research” and they’re looking to a familiar ally to provide it: The Centers for Disease Control and Prevention, which has a history of producing ‘politically correct science’ on the subject of guns, especially.

As The Hill reported last week, Democrats are attempting to claim that gun violence has become a “public health emergency,” despite FBI and government statistics to the contrary and all while they work to thwart POTUS Donald Trump’s declaration of a real national emergency along the U.S.-Mexico border — just like Barack Obama said it was in 2014.

If they manage to push additional funding through the GOP-controlled Senate to a presidential signature, it would mark the first time in two decades that Congress ponied up tax money for gun violence research. Funding fell off after lawmakers passed an amendment in the 1990s discouraging federal agencies from conducting gun-related research.

“We should not be afraid of research, said Rep. Rosa DeLauro (D-Conn.), chair of the House Appropriations Committee’s subcommittee on health. “Gun violence is a public health emergency.”

She added: “The Centers for Disease Control and Prevention (CDC) is the nation’s foremost public health agency. And yet, it has been absent from this research agenda for more than 20 years.”

The GOP is arguing that funding gun violence research is a Democrat political stunt aimed at producing ‘evidence’ that it’s an ‘emergency.’

“The money we spend needs to make a difference as opposed to making a political point,” countered Rep. Tom Cole (R-Okla.), the subcommittee’s ranking member.

An amendment passed in 1996 — named for former Rep. Jay Dickey (R-Ark.) — prevented the use of federal funds to advocate for gun control. But Democrats and public health experts argue it also created a chilling effect at agencies studying the causes of gun violence and how to prevent it.

Democrats — it’s always Democrats — have pushed in recent years to restore funding for gun violence research, complaining that Republicans have blocked their efforts. But the GOP has countered that federal agencies are not barred from conducting gun-related research, just advocating for gun control.

Which, of course, is what Democrats want the CDC to do — so they can push for a ‘national gun violence emergency.’

The fact is, no such emergency exists. Yes, there is ‘gun violence’ in America, but it’s not an emergency. In fact, violent crime rates fell for the second year in a row last year, and gun crimes are not at all on the rise, despite a huge increase in the number of guns sold and the number of gun-owning Americans. What’s more, today’s violent crime rate is about half of what it was at its peak in 1991.

So there is no “gun violence emergency,” which means that Democrats are pushing for the CDC to push tainted “research” on the issue so they can use it to argue for more gun control. There’s nothing complicated about this; Democrats use federal agencies’ tainted or rigged research all the time to push their agenda forward. An even great example is the way in which they have managed to coerce federal agencies (with funding) to produce bogus “climate change” research blaming human activity.

The GOP’s Cole said using federal tax dollars to essentially tell a federal agency what they should be researching isn’t sound science or policy making. (Related: A 40-year history of deceit and collusion: How the EPA has been lying to you about the health hazards of pesticides.)

“There’s some danger there. We’re pretty careful about trying to let researchers decide what areas of research makes sense,” he said. “If you’ve got some legitimate ideas, go out there and do it. We’re not trying to stop your from researching.”

Read More:Members Of UN Panel On Glyphosate Have Ties To Monsanto