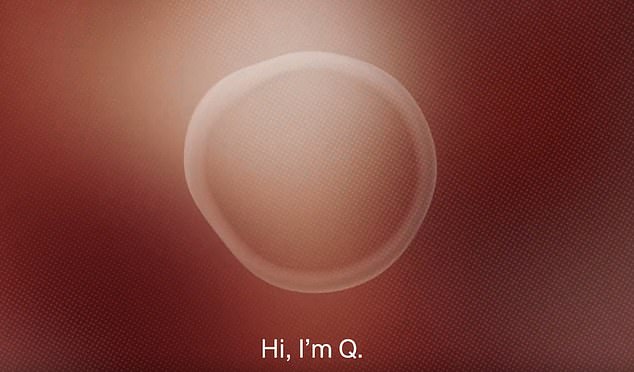 Talk to Apple’s Siri or Amazon’s Alexa and you’ll notice a common trait: They both have female voices.

While this can help make robotic assistants more relatable and natural to converse with, it has assigned a gender to a technology that’s otherwise genderless.

Now, researchers are hoping to offer a new alternative by launching what they’re calling the world’s first ‘genderless voice.’

The voice, called ‘Q’, was created by researchers from Copenhagen Pride, equality campaign organisation EqualAI and Virtue, a creative agency under Vice, to be gender neutral.

To do this, they recorded voices from participants who identify as non-binary, or neither exclusively female nor male.

Researchers then tested the voice on 4,600 people across Europe.

Testers were asked to grade the voice between one and five, with one meaning a male voice and five a female one.

The voice was then modulated and tested again until it was widely perceived as gender neutral, the developers said.

After altering the pitch, format filter and tone of the voice, researchers found that a range of 145 and 175 hertz was a gender neutral frequency.

The higher the frequency, the more we perceive it as female; whereas, if the frequency is lower, we’re more likely to think the voice is male.

In launching Q, they hope to break down the rise of gender bias in smart assistants.

Experts say assigning a female voice to an AI assistant reinforces stereotypes that females are supposed to helpful, nurturing and caring. Additionally, that they’re more appropriate for administrative roles.

Digital assistants like Alexa and Siri often default to having female voices. But a group of researchers is hoping to offer a new alternative by launching Q, a genderless voice 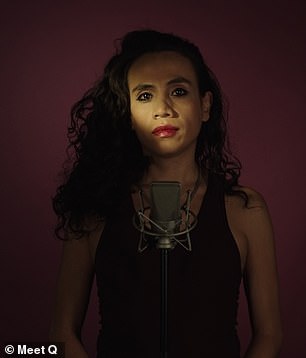 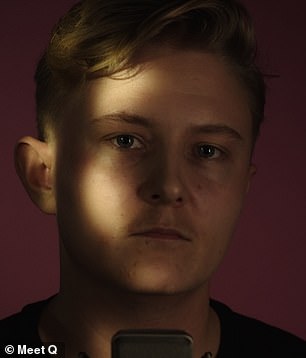 ‘Companies turn to different research that tells them people expect a female voice,’ said Julie Carpenter, who worked on Project Q and is a research fellow with the Ethics and Emerging Sciences Group.

‘Sometimes we go back to these stereotypes and what happens is we’re reinforcing them. We’re not changing them.

‘There’s no reason we can’t have more options,’ she added.

Apple and Google do give users the option of switching between a male and female voice for their digital assistants, but researchers say there should be a non-binary option as well.

‘Q adds to a global discussion about who is designing gendered technology, why those choices are made, and how people feed into expectations about things like trustworthiness, intelligence, and reliability of a technology based on cultural biases rooted in their belief system about groups of people,’ Carpenter said.

‘Q is a step forward in true innovation because it forces a critical examination of these belief systems.’

Last May, Google rolled out six new voices for its Google Assistant, among which are R&B singer John Legend. 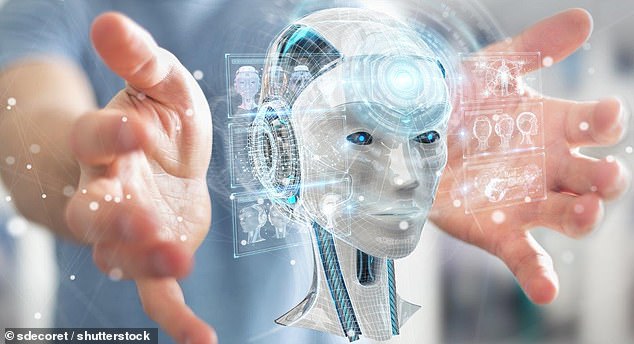 Experts say assigning a female voice to an AI assistant reinforces stereotypes that females are supposed to helpful, nurturing and caring, or more appropriate for administrative roles

The creators behind Q are hoping the genderless voice will get tech giants’ attention and lead to it being included in their products in the future.

‘And what we would argue is that they need to take a societal responsibility which is proportional to the kind of influence they exercise.’

‘With Q – a neutral voice with no preassigned gender – we aim to get the attention of leading technological companies that work with AI to ensure they are aware that a gender binary normativity excludes many people and to inspire them by showing how easy it would actually be to recognise that more than two genders exist when developing artificial intelligence devices,’ Rasmussen said.

‘This is about giving people choices and options. It is about freedom and inclusion.’

Read More:The End Of Gender Is Near; Spring 2016 Fashion All About Men In Feminine Clothing

Read More:Theybies: Parents Raising Children To Choose Their Own Gener