A mysterious rumble that rattled patio doors and shook houses across the Space Coast Friday evening was not an earthquake, said the U.S. Geological Survey.  But a seismologist with the agency is hard-pressed to say exactly what it was that shook homes from Cocoa to Merritt Island.

“We looked into this and we didn’t see any evidence of a tectonic earthquake. It could have been something that didn’t originate in the ground,” said Paul Earle, a seismologist with the USGS, the scientific agency that monitors earthquakes across the globe.

“It could be something like a hypersonic jet, munitions…or a sonic boom. Unfortunately, we can’t give a definitive answer on exactly what it was,” said Earle, based in Golden, Colorado.

The deep rattling was not detected by the USGS but was reported by residents – many of whom are familiar with the occasional sonic boom from overhead military jets or consistent shaking that follows a rocket launch – on social media about 6 p.m. Friday.

“I felt my sliding doors vibrating for a solid two and a half minutes. I left my bedroom and I went to the front door to look for a rocket .. but I thought I might have missed it,” said Milenka L Smith, a Satellite Beach resident who posted on Facebook about the Friday shaking.

If the strange rumblings had been detected, it would have been the first of its kind, seismic activity for the area since 2006.  It was then that more than 3,000 residents from across the state, including Rockledge to Melbourne, felt tremors stemming from a 6.0 magnitude earthquake centered several hundred miles away in the Gulf of Mexico.

Earthquakes, however, are a rare occurrence in the Sunshine State, which sits on a cushion of porous limestone and bedrock. That said, a 2.6 magnitude earthquake was reported 10:45 p.m. Wednesday in Century, a Santa Rosa County town along the western stretch of the Florida Panhandle.

No significant damage was reported, however.

“These are very rare for Florida. It’s one of the least seismically active states,” Earle said.

Sometimes the earth may move as a result of a man-made phenomenon such as a rocket launch or the shock waves from an overhead airplane, even heavy trucks or trains, experts said. 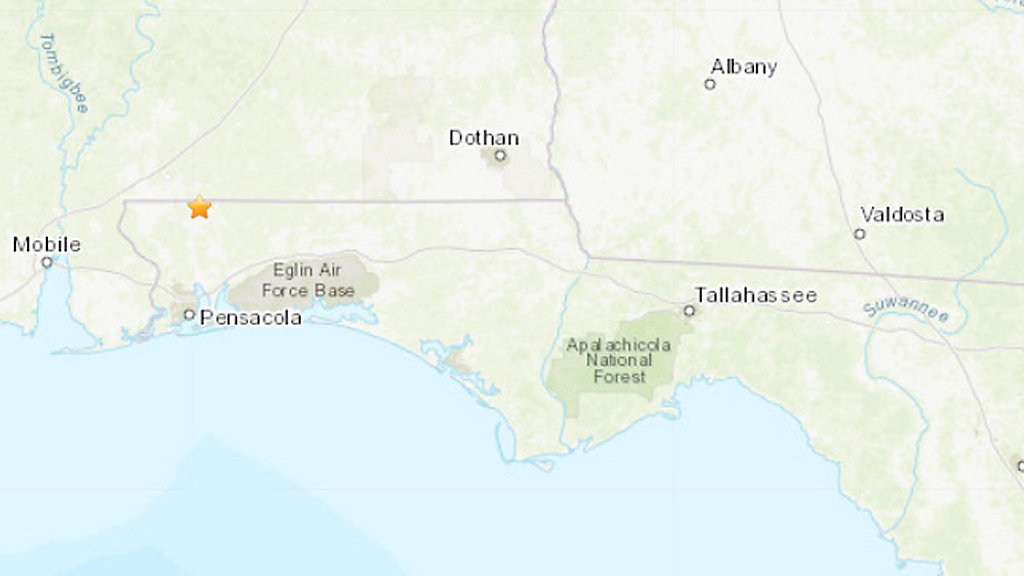 The weather may also play a role, with some experts pointing to the coinciding of some tremor reports with the arrival of large, cold air masses, according to a 1991 report prepared by the Department of Natural Resources.

Patrick Air Force Base officials also heard of the reports from Friday but said there were no military air exercises involved that could have caused the shaking.

“We’ve been informed that there have been reports of a rumbling noise in the Space Coast area this past Friday. Having checked with our local organizations within the 45th Space Wing, it does not appear to have come from us. So I cannot comment at this time as to its origin.”

On Feb. 12, some residents from Titusville to Palm Bay reported on social media being shaken after what turned out to be a footlong-sized fireball that exploded in the nighttime skies over the Atlantic Ocean with a force equal to 100 tons of TNT.

That bright, green meteor was detected by a private network that contracts with NASA’s Planetary Defense Office to monitor asteroids, meteors and fireballs across the globe.

In 2016, a 3.7 magnitude earthquake was reported just off the coast of Daytona Beach, just to the north of Brevard County. Authorities in that case later determined that it was man-made, triggered by U.S. Navy testing.

Read More:What Is Causing An Increase Of Intensity Of The Cosmic Radiation In Earth’s Atmosphere?