Dur-Sharrukin is an ancient Assyrian city that was founded towards the end of the 8 th century BC. The city was established by Sargon II to serve as his new capital. Nevertheless, Sargon died before / shortly after the city was completed. As a result, it was abandoned, and its existence was eventually forgotten. The site was re-discovered during the 19 th century, by which time it was occupied by a village called Khorsabad. The archaeological excavations at Dur-Sharrukin have contributed greatly towards our knowledge of Assyrian art and architecture.

Dur-Sharrukin is located in the modern country of Iraq, about 15 kilometers (9.3 miles) to the northeast of Mosul. The name of this ancient Assyrian city may be translated to mean ‘Sargon’s Fortress’ or ‘Castle of Sargon’, and embodies the grand vision of its founder, Sargon II.

Sargon II was an Assyrian ruler who lived during the last century of the Assyrian Empire and is considered to be one of its great rulers. He came to the throne in 721 BC, after the death of Shalmaneser V. Sargon is believed to have been a younger son of Tiglath-Pileser III, which would make him a younger brother of his predecessor. Sargon had a rocky start as ruler of the Assyrian Empire, as several rebellions broke out. One of these, for instance, was led by Marduk-apal-iddina II, a Chaldean chieftain in southern Babylonia who declared himself King of Babylon . Although Sargon lost the kingship of Babylon to Marduk-apal-iddina, he would regain it later during his reign. 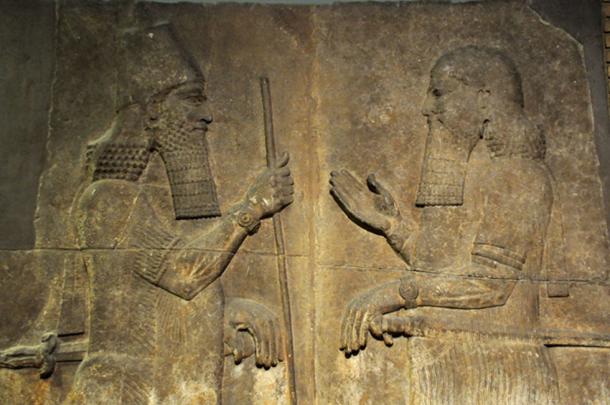 Like other great Assyrian rulers, Sargon conducted many successful military campaigns. Among his conquests were Carchemish and Musasir, the spoils of which filled the king’s coffers. The former was a small but wealthy kingdom located on the modern frontier of Turkey and Syria, while the latter was a sacred city dedicated to the god Haldi. The riches that came from these conquests were used by Sargon II to create a new capital in his honor.

During the reign of his predecessors, Nimrud served as the capital of the Assyrian Empire . About four years into his reign, Sargon II began to build Dur-Sharrukin, which was intended to replace Nimrud as the Assyrian capital. The construction of this city lasted for the rest of Sargon II’s reign. Although some believe that the city was completed in 707 BC, just two years before Sargon II’s death (presumably in battle), others are of the opinion that the city was never completed. Regardless, shortly after Sargon II’s death, his successor, Sennacherib, decided to move the capital to Nineveh. 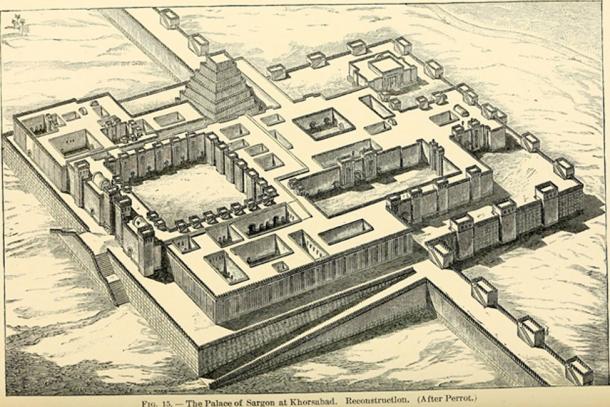 Palace of Sargon II at the Lost City of Dur-Sharrukin. (SteinsplitterBot / Public Domain )

The Lost City of Dur-Sharrukin is Found

After the abandonment of Dur-Sharrukin, the city was soon forgotten, and was only rediscovered during the 19 th century. In 1842, the French Consul in Mosul, Paul-Émile Botta, noticed the site and believed that he had found the Biblical Nineveh. Subsequently, the Dur-Sharrukin was excavated by the French. During the first half of the 20 th century, the site was excavated by the University of Chicago Oriental Institute.

The excavations revealed that Dur-Sharrukin was a carefully planned city. Its layout is found to have been perfectly symmetrical. This was possible thanks to the fact that when the city was established, the site was occupied by a small village called Maganubba. This meant that Sargon II’s architects were able to focus on the geometry of the city, rather than the surrounding landscape, while planning the city. The symmetry of Dur-Sharrukin is most evident in its defensive walls . Archaeologists have established that the walls of the city form an almost perfect square (1.76 x 1.635 kilometers / 1.09 x 1.02 miles ). These walls have a thickness of 24 meters (78.7 feet) and were punctuated by seven massive gates. 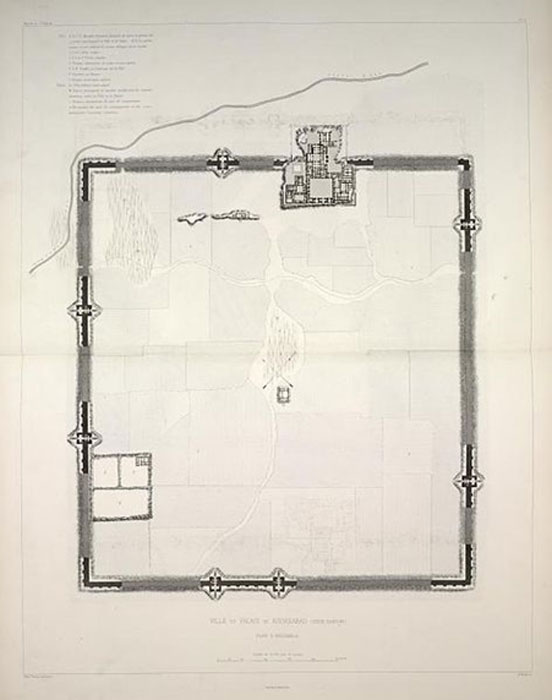 Assyrian Artifacts Unearthed in the Lost City of Dur-Sharrukin

Much of the excavations thus far were focused on Sargon’s palace, which is located in the northeast section of the site. At the time of its discovery during the 19 th century, the palace had been buried under an earthen mound. The excavations, both by the French and the Americans, have not only shed light on Assyrian architecture, but also yielded artifacts that contribute to our understanding and appreciation of Assyrian art . In the case of the French excavations, much of the unearthed artifacts were lost as they were being transported back to Paris. In 1853, artifacts from the site were being shipped down the Tigris on a large boat and four rafts. Only two of the rafts made it to their destination as the rest were scuttled by pirates. Again, in 1855, almost all of the 200 crates of artifacts were lost in another shipping incident. The Americans were more fortunate, as they managed to ship their finds back to Chicago. One of their most impressive finds is the colossal lamassu ( human-headed winged bull ) just outside the throne room.

In recent years, Dur-Sharrukin received international attention once more. In March 2015, it was reported that Islamic State militants were destroying artifacts as well as razing walls and other structures at this ancient site. 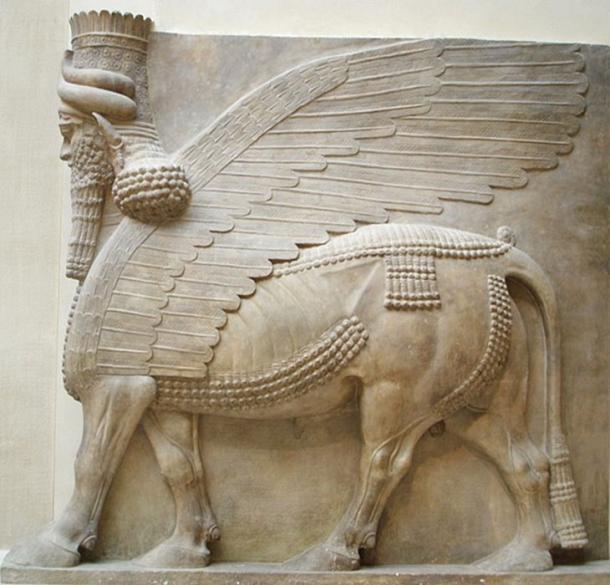 Read More:Archaeologists Discover King David’s City ‘Exactly Where The Bible Said It Was’

Read More:Royal Game Of UR: City That Worshipped Annunaki