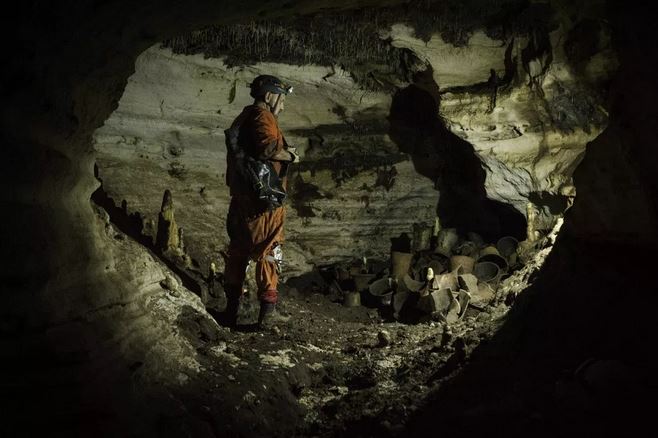 The National Institute of Anthropology and History in Mexico has announced a remarkable discovery that will provide new insights into the  Maya. Experts found a  sacred cave  where rituals were performed, filled with priceless artifacts. The find was made by archaeologists in a  cave system in the Yucatan  and it is hoped that they will allow scientists to have a better understanding of the reasons for the collapse and fall of the Maya.

The find was made by a team of archaeologists who were looking for sacred wells in a cave system near the abandoned Maya city of Chichen Itza, in the Yucatan. The project, which was partly funded by the National Geographic, was exploring the  Balankanché network of caverns. According to the  Washington Post , “Balamku, is about 1.7 miles (2.75 kilometers) east of the main pyramid of  Kukulkan” at Chichen Itza’. This cave system was once sacred to the Maya rain god Chaac.

The Exploration of the Cave

The exploration of the cave started in 2018 and the experts were looking for a well that they believed was under the  pyramid of Kulkulkan. Some local  Maya informed archaeologists of an incredible story from over 50 years earlier. They told the experts working at  Chichen Itza  that a discovery had been made deep in the cavern in 1966 but that the lead archaeologist had sealed up the cave, possibly to preserve the find and it was then simply forgotten about.

This persuaded archaeologists that there was something else in the caverns apart from the  holy well  and they began to explore the cave system. This meant crawling deep into the often-narrow cave, on their stomachs with only a small light attached to their helmets. After much fruitless searching, one-day Archaeologist Guillermo de Anda found something that was so astonishing that it made him almost cry. 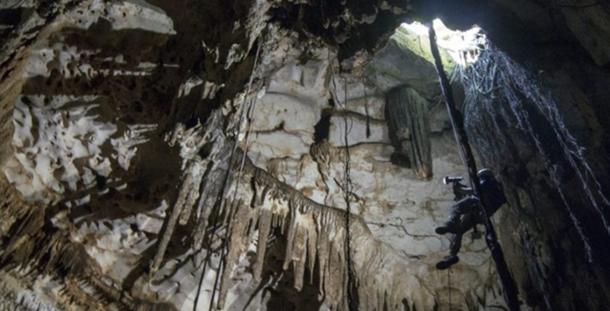 In the cavern, he saw approximately 155  ritual items  and offerings that had lain untouched for centuries. All of the items are made of ceramic and include bowls, plates, boxes, incense burners, and braziers and they contain organic material and possibly fragments of animal  bones. The archaeologists knew that they had found a sacred cave where the Maya had once performed some of their most important and secretive ceremonies. The items that have been discovered have lain so long in the cave that stalactites have grown up around them and for the moment the precious hoard has been left in place. 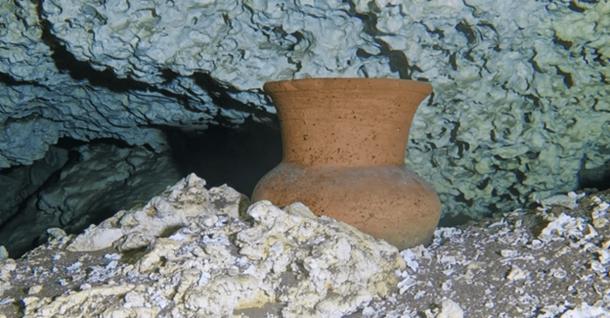 According to the  National Geographic  for these Mesoamericans “ caves and cenotes [sinkholes] were considered openings to the  underworld”. It seems likely that ceremonies and rituals were performed in the cave to win the favor of the rain god, who was very important for the Maya in their arid and dry homeland. The Maya had to crawl into the cave to perform these rites and only priests and royalty were probably in attendance when offerings were made to the rain god.

The experts have begun a preliminary investigation of the items found in the cavern. As expected they found  artifacts with the representation of the Mayan god  Chaac. However, they also found a surprising “effigy of the  rain god Tlaloc ” according to  Newsweek, who was a rain-god from the central Mexican highlands. This was stunning and it would suggest that the Maya were influenced by other cultures and this could be very important in understanding the emergence of their civilization and history.

The Collapse of the Maya and Climate Change

The offerings, which will be dated, are all related to  rain. If the local inhabitants of Chichen Itza made a great many offerings in a short period it could indicate low rainfall and a possible drought at a given time. The objects can help scientists determine if an increasingly dry climate caused by deforestation led to the fall of the Mayan civilization in the 13-14 th century. The  Sun reports that the offering to the rain gods can “shed light on the catastrophic droughts that are likely to have provoked the collapse of the Maya civilization”.

This find is leading scientists to develop new strategies for subterranean archaeological excavations. For example, they are using 3-D imaging to visualize the sacred cavern and to understand how the Maya viewed this revered space. Members of the team working on the site also believe that it can demonstrate the importance of archaeology to help to identify the impact of  climatic change on past cultures  and this can teach modern  societies how to become more sustainable .