Archaeologists studying a group of five unique stone tablets dating to the first millennium in Babylonia and Assyria have announced that they reveal a hitherto unknown level of astronomical understanding.

Events and appearances in the night sky have been recorded for thousands of years. Following the solar and lunar cycles allowed people to predict seasonal change which enhanced outdoor survival. But in Ancient Mesopotamia, however, new evidence proves that sky watching was taken to a whole new level of complexity. It has been found that both observational astronomy and interpretive astrology were central practices not only in time keeping, but also in religious practices and the structure of ritual and ceremonial calendars.

This collection of tablets is providing scientists with what is being called “the earliest prose descriptions of the celestial constellations .” According to a report in Yale News , all of these tablets are currently being studied in the Yale University Babylonian Collection. “Three of them [tablets] were discovered in the sacred city of Uruk in southern Iraq and four of the tablets are newly discovered” and all were written in cuneiform script and in the Babylonian language.

Detailed images, copies and translations of these astronomical tablets have been assembled in a new book called The Cuneiform Uranology Texts: Drawing the Constellations, co-authored by Frahm, Paul-Alain Beaulieu, Wayne Horowitz, and John Steele. The name “Uranology” is the word used by the ancient Greeks to describe the study of the sky. 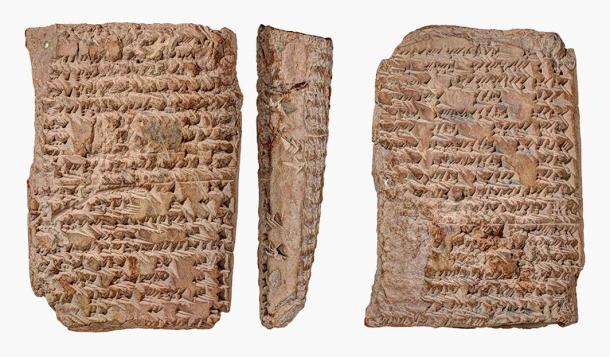 A “uranology” tablet from the Yale Babylonian Collection, written between the 3rd and 2nd centuries BCE in the city of Uruk in southern Iraq, provides on the right side a description of celestial constellations and on the other left side the topography of the city of Uruk. (Photo credit: Klaus Wagensonner)

What Do the Tablets Tell Us About Ancient Sky Watching?

Yale Assyriologist  Eckart Frahm said stars and other heavenly bodies were worshipped as deities and “The ancient stargazers were so intrigued by the mechanics of the heavens – and the possibility of being able to make predictions from what they saw in the night sky – that, from the 8th century to the 1st century BC, they observed very closely on a daily basis the movements of the stars to determine what exactly was happening in the sky, and documented these observations on clay tablets.”

The ancient Babylonians studied the night skies for at least seven centuries, which Frahm claims is the longest lasting scholarly science project that ever existed and added that “no other civilization had ever done anything like it.” The contents of the tablet are described as a “unique juxtaposition of heaven and earth”. On one side are detailed descriptions of celestial constellations such as “Cancer, Pisces, Pegasus, Perseus, and many others” describing their parts and relating them to animals, fish, vehicles and tools. On the other side is the topography of Uruk with all its “temples, canals, enclosure walls, and other features.” 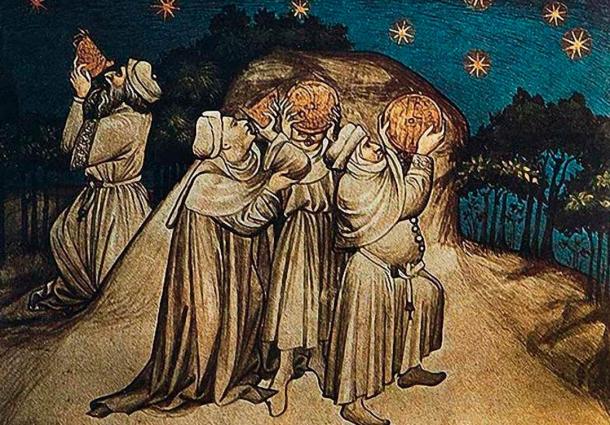 Medieval stargazers. People have been fascinated by the stars and their possible influence over our lives, long before and after the time of Babylonian astrology (Source: Hawkwood/  CC BY NC ND 2.0)

In a culture where the stars and planets were associated with events on earth, being able to precisely predict events such as lunar or solar eclipses was thought of as being a matter of life and death. Eclipses in particular were thought to be especially problematic and they became archetypal for the presence of evil.

Because seventh century Mesopotamians held such strong beliefs in the power of astrological omens, a special ritual was performed on lunar eclipses known as the “substitute king”. According to Frahm, “The real-life king actually stepped down for up to 100 days pretending to be a farmer.” During this time a “substitute king” became ruler in the king’s absence. In a cruel twist of fate, rather than celebrating having been chosen to be the substitute king, the destiny of the poor puppet was to be sacrificed on the return of the real king.

Two of the three Yale “Uranology” tablets are being displayed in the forthcoming exhibition opening on April 6 titled Ancient Mesopotamia Speaks: Highlights from the Yale Babylonian Collection ” at the Yale Peabody Museum, 170 Whitney Ave.

Top image: Medieval stargazers. People have been fascinated by the stars and their possible influence over our lives, long before and after the time of Babylonian astrology. Source: Hawkwood/  CC BY NC ND 2.0

Read More:Royal Game Of UR: City That Worshipped Annunaki