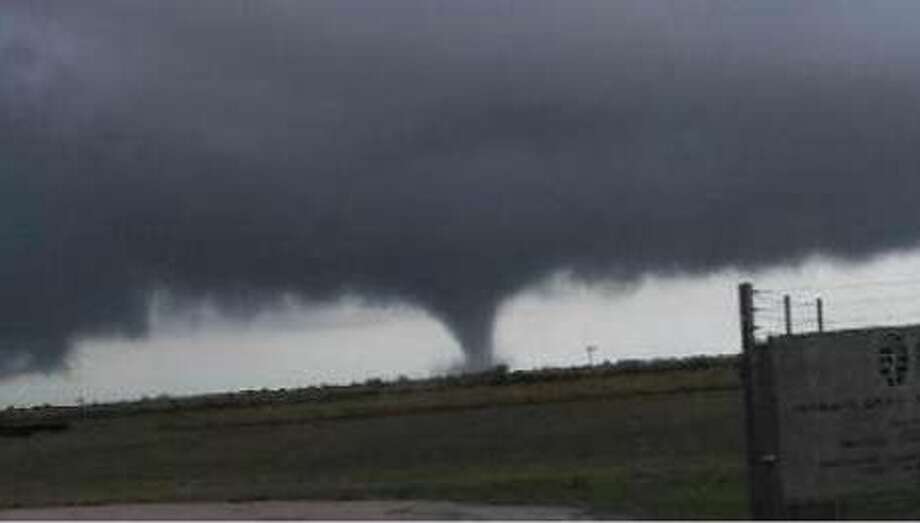 Popular weather vendor AccuWeather took the meteorological community by storm Tuesday, releasing its highly specific outlook for the 2019 tornado season. “AccuWeather predicts there will be 1,075 tornadoes in 2019,” their piece begins, adding that Oklahoma, Kansas, Texas and southern Nebraska have the highest risk of twisters this spring.

“The 525 tornadoes expected from March through May is almost exactly the normal average of 526 from March through May,” AccuWeather wrote. In other words, they are expecting one less tornado than average in the spring. Many broadcast and private-sector meteorologists took issue with bold forecast.

“They are simply being very unscientific,” wrote Scott Feldman, a meteorology graduate from Iowa State University. “There is really no way to know . . . until a few days before a severe outbreak. It misleads the public into thinking we know more than we do so far in advance.” He said it undermines trust in meteorologists.

AccuWeather writes: “We believe warmer-than-normal sea surface temperatures over the Gulf of Mexico will lead to increased moisture

transport from the Gulf over the region and ultimately a higher frequency of severe weather in these areas.”

Feldman noted warmth and moisture are among many ingredients needed to spin up a tornado and that there is little correlation between sea surface temperatures in April and May and tornado frequency in Oklahoma.

Among the leaders in the field of advanced tornado forecasts is John Allen, assistant professor of meteorology at Central Michigan University. He co-authored a paper in 2015 linking U.S. tornado counts to the El Nino/La Nina phase. While “guidance . . . is feasible at leads up to 5 months,” the article notes “substantial variability . . . that may not be explainable.”

“I am extremely skeptical of Accuweather’s decision to include a precise number of tornadoes in their forecast,” Allen wrote to The Washington Post. “There is no basis for such precision, as seasonal tornado counts are extremely difficult to predict.”

Allen names a number of factors that influence seasonal tornado tallies, including El Nino, Pacific and Atlantic sea surface temperatures and seasonal wind shifts like the Madden-Julian Oscillation or the global wind oscillation.

“For the upcoming season, there is a weak El Nino event ongoing, which typically would imply the unstable conditions favorable to tornadoes being less likely over the Great Plains,” Allen said. “In contrast, the Gulf of Mexico is exceptionally warm, which would instead suggest more instability to be available over the U.S. Taken together, this suggests a forecast of mixed signals at best.”

Pinning things down to a single number or forecasting one less spring tornado than normal is indicative of a “physical science basis that to me suggests little skill,” Allen wrote.

A number of meteorologists urged AccuWeather to “show their work” in an effort to explain the science leading to their 1,075 tornado prediction. AccuWeather declined to discuss its methodology, stating it is a private company and that its methods were proprietary.

The company issued a statement, saying “AccuWeather is really proud of its 2019 tornado forecast. We have been in the prediction business for 57 years and have found that the powerful combination of utilizing all the tools and reliable indicators available, including the expertise of our over 100 expert meteorologists, results in predictions with the greatest accuracy.”

The Pennsylvania-based company stated “we have the largest and most complete collection of weather data.”

Their article said “four states have the highest risk this year,” highlighting Oklahoma, Kansas, Texas and southern Nebraska as a corridor for storms to brew. This is unsurprising, considering these four states average the most March – June tornadoes.

It is not the first time long-range forecasts have landed AccuWeather in the hot seat. It is known for its controversial 90-day forecasts, which calls for a high of 82 degrees and a 16 percent chance of rain on Memorial Day in Washington.

This far in advance, what can be said about the 2019 tornado season is limited. It is all the more reason to pay attention to forecasts when peak season rolls around.

“It only takes a single tornado impacting your house for your season to be above average,” Allen said.