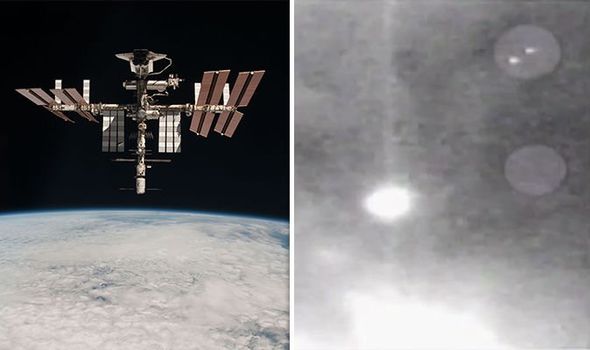 NASA cut the International Space Station live feed during their Discovery mission in what has been dubbed “the most important UFO footage ever” by a conspiracy theorist speaking in a documentary.

NASA’s STS-96 was the first docking mission to the ISS flown by the Space Shuttle Discovery in 1999. The objective was to carry the Spacehab module – filled with cargo – up to the space centre ready for its first manned mission a year later. However, as the world watched on through a live stream of the ISS on TV, conspiracy theories quickly emerged over a number of objects floating around in space

Amazon Prime’s “Secret Space series” claimed more than 20 UFOs were spotted on the feed as Discovery passed over a thunderstorm in Florida, US.

Presenter Jeff Challender revealed in 2017: “In my personal opinion this is possibly the most important UFO footage I have ever captured.

“The crew were enjoying some much-deserved rest and were asleep during this incident. 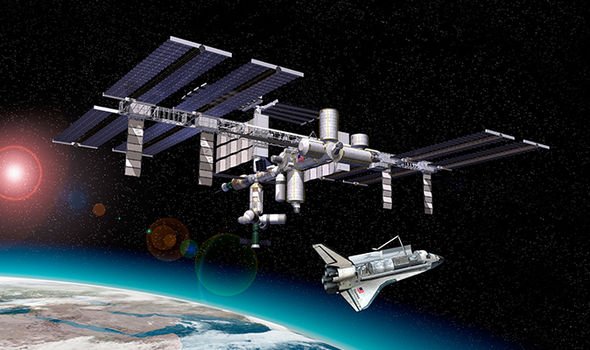 “As Discovery sailed past Florida, the pass took them nearly parallel to the East Coast of the United States.

“Potent thunderstorms were in progress below and as the shuttle flew over, the low-light night camera caught sight of 21 anomalies.”

The documentary went on to circle a number of unknown objects during the broadcast, before revealing how the feed was suddenly cut.

Mr Challender continued: “At all times during these events the payload bay camera was under the control of the Instrument and Communication Officer (INCO). 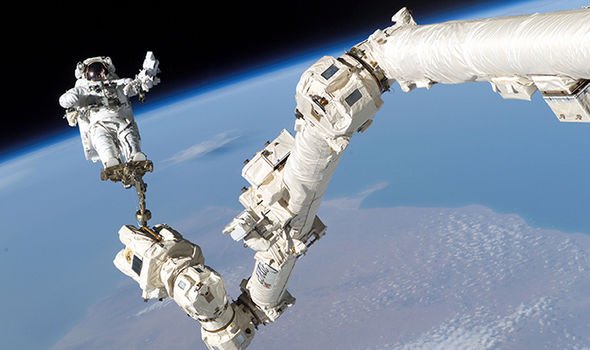 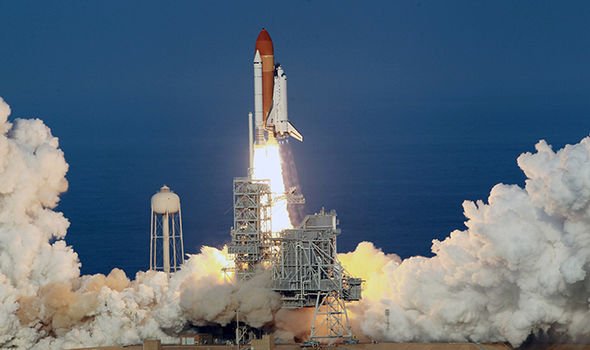 “Watch as a number of anomalies dive into the clouds after they decelerate – something meteors never do.

“The INCO decides to try and fool us with the camera, by panning around.

“Then he gives it back to us, zooms in for a closer look, then cuts the feed and leaves a screen full of interference.”

It comes following a string of claims from conspiracy theorists regarding NASA’s space exploration.

Just yesterday, similar allegations were made about a strange object that appeared to be following the same spaceship.

Before that, a Russian scientists apparently exposed a 20-second delay used to cover-up UFO’s during the Progress 18 mission.

However, it was back in 2015 when astronaut Scott Kelly sparked a worldwide frenzy after he tweeted a photo on board the ISS that appeared to show visitors of extraterrestrial origin.