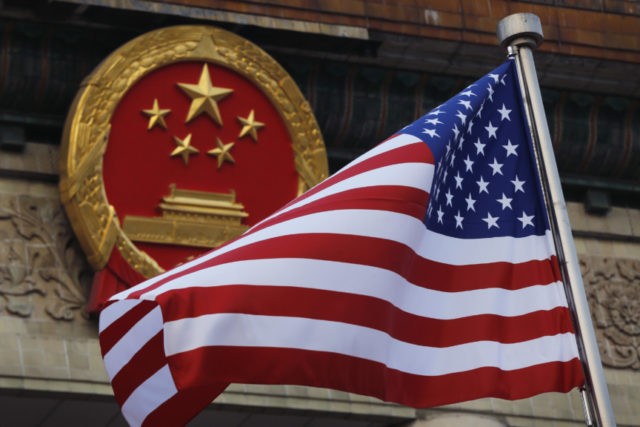 In its latest move to maintain leadership in the high-tech sector, the US on Monday rolled out a plan to give artificial intelligence (AI) more priority and resources, a move that Chinese observers warned may represent the formal launch of a new high-technology Cold War.

Industry insiders said the executive order signed by US President Donald Trump showed the US expanding its containment of Chinese technology from the 5G to the AI sector as a debate rages over a possible AI arms race in which the US may be ceding leadership to China.

On Monday, President Trump ordered the U.S. government to prioritize AI research, arguing that the technology in question is a significant driver of economic growth and a vital component of national security strategy.

The order comes about two years after China first laid out its plan to become the world’s top leader in AI by 2030, Global Times pointed out.

U.S. military and independent experts have conceded that China and, to a lesser extent, Russia are investing heavily in AI, prompting concerns of a race to militarize artificial intelligence.

Under President Trump, the U.S. has emphasized combating strategic competitors Russia and China over the war on terror.

In January 2018, William Carter from the Center for Strategic and International Studies (CSIS) warned lawmakers that China is “rapidly closing the gap” with America in developing “artificial intelligence, and quantum technologies.”

Lt. Gen. VeraLinn “Dash” Jamieson, a top official for intelligence, surveillance, and reconnaissance at the Pentagon, also cautioned in late July 2018 that China is leaving the United States behind on AI advances.

Dr. Lisa Porter, the deputy undersecretary of defense for research and engineering, however, told lawmakers in December 2018 that the United Staes is actually “ahead” of China in AI research, but cautioned that America is “in danger” of losing its edge.

On Monday, U.S. Secretary of State Mike Pompeo, echoing the high-ranking officers from the United States armed forces, cautioned American allies on Monday against deploying equipment from Chinese telecom behemoth Huawei on their soil, saying it would make it more difficult America to “partner alongside them.”

Hua Chunying, a spokesperson for the ministry, declared on Wednesday:

China never makes it its policy to interfere in other country’s internal affairs, and manipulating other country’s political affairs is neither interest nor forte of China … The US has been fabricating various vague charges and cooking up all sorts of threat theories without any firm evidence. It all boils down to using state power to suppress the legitimate development rights and interests of Chinese enterprises and resorting to political intervention in economic behaviors. This is extremely hypocritical, unjust and immoral.

Xinhua claimed the Chinese ministry accused the United States of “ideological bias as well as cold-war and zero-sum mentality.”

On Tuesday, Adm. Davidson noted that China is pursuing advanced weapons systems as part of its modernization efforts, adding:

“Much of the world’s leading research in AI takes place within private U.S. companies such as Google, and Trump’s executive order does not lay out a plan to change that,” NBC News reported Monday.

At the end of last year, U.S. experts and national security officials told lawmakers that China is by far the most active espionage offender in the United States today, often pilfering or attempting to steal American intellectual property in defense and other fields.