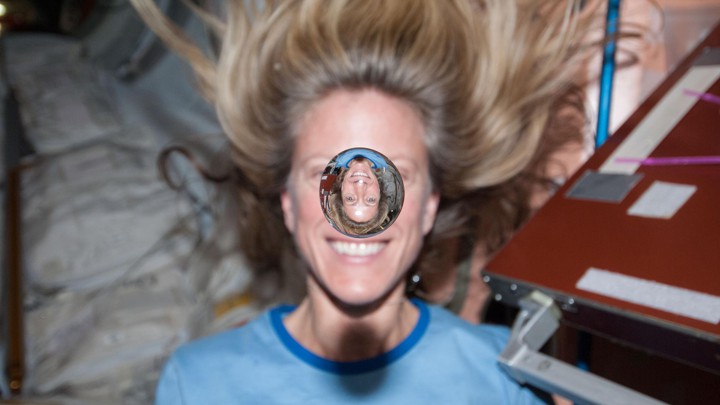 Accidents happen during home-improvement projects, even in space.

The mishap unfolded on the International Space Station, which orbits about 250 miles above Earth, circling the planet every hour and a half. Earlier this month, NASA astronauts had gathered in the bathroom to install a pair of stalls for an extra enclosure that would provide some more privacy. As they worked, they twisted off a metal bit that connects a water unit to a hose that astronauts use for toothbrushing, bathing, and other hygiene routines. And that’s when two and a half gallons of water came bursting out.

The crew responded as they would on Earth: They grabbed a bunch of towels and scrambled to mop up the water. They attached a new bit to the unit and completed their work.

The incident was detailed in one of NASA’s daily dispatches that describe events on the ISS. History has treated astronauts as nearly mythical figures, but their day-to-day activities are usually quite tedious. The thought of them frantically trying to stop a leak in the bathroom makes them wonderfully relatable.