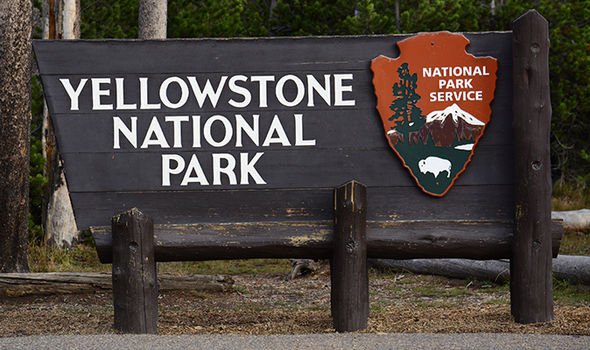 THE YELLOWSTONE volcano has been “intensely monitored” by a team of scientists and volcanologists concerned by a 400-mile-long plume of hot magma that is rising beneath the surface of the Earth.

The Yellowstone volcano has erupted three times in history – 2.1 million years ago, 1.2 million years ago and 640,000 years ago. Scientists have previously revealed that, should an earthquake occur, it could take less than two weeks before a catastrophic reaction event with the potential to wipe out three-quarters of the US is triggered. Now, it is the job of geologists to “intensely monitor” a large area of molten rock directly below the surface of the supervolcano, it was revealed in a documentary.

Volcanoes typically erupt when molten rock, known as magma, rises to the surface following the Earth’s mantle melting due to tectonic plates shifting.

This act creates a series of small earthquakes, fracturing the rock above it days or even weeks before the main eruption.

Robert Smith, from the University of Utah, is in charge of the seismometers around Yellowstone National Park.

This technology is designed to detect any change in activity, and give anyone in the immediate area some valuable time to evacuate. 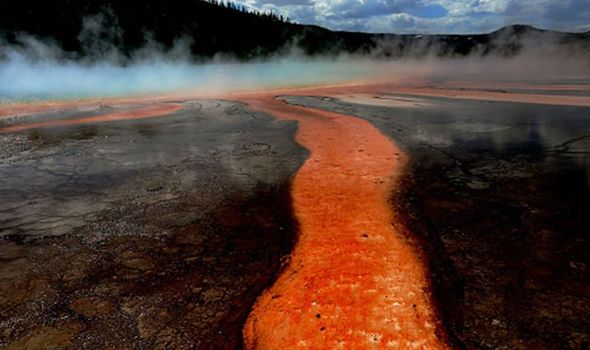 He said in 2014: “We have seismic vaults with seismographs inside.

“These send signals along a network and report it back to my computer in Salt Lake City.

“The seismograph does two things – it records the earthquakes that are active, then they also scan the subsurface we cannot see. 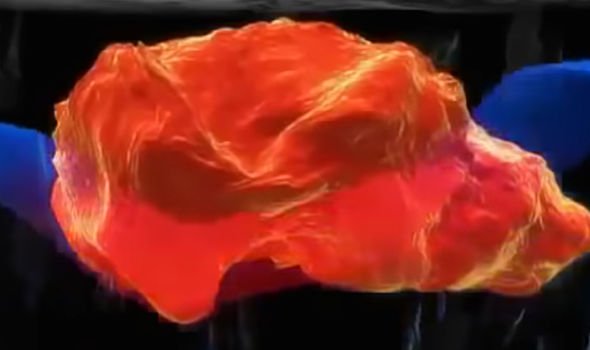 We can reconstruct a 3D picture like an MRI scan by recording thousands of earthquakes.”

The documentary then reveals how the mapping system of more than 150 seismometers has identified a 400-mile-long magma plume rising from the Earth’s core.

Should this reach the surface, there could be catastrophic effects.

The last eruption of Yellowstone produced around 2,500 times more volcanic material than the 1980 eruption of Mount St Helens.

Should the same happen again, the ground around Yellowstone National Park would rise upwards forming a swarm of earthquakes.

Then, following the eruption, enormous pyroclastic flows would blast their way across the park.

This mixture of ash, lava and superheated gas exceed temperatures of 1,000C and can move at speeds of up to 300mph.

They are predicted to spread more than 100 miles out from Yellowstone, burying states like Wyoming, Montana, Idaho, and Colorado in three feet of life-extinguishing volcanic ash.