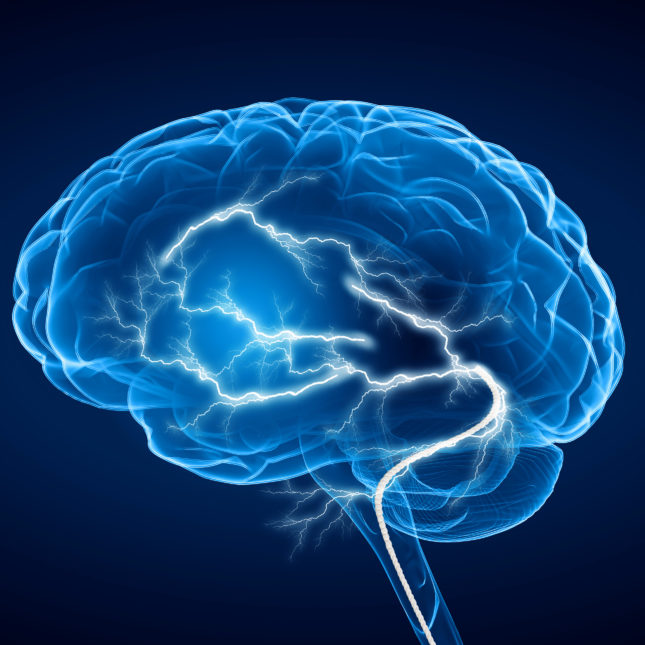 As a child, Enzo Tagliazucchi was terrified of going to sleep. His self seemed so fragile, so easy to lose. He worried that if he let himself drift off, he might wake up as someone else. So he tried to stay alert, to keep moving, tapping his fingers as he lay in bed, taking nocturnal trips through his family’s house in Buenos Aires. But it never worked. No matter how hard he tried, he couldn’t stop his eyes from eventually fluttering closed. In the morning, when they opened again, he wondered where he’d been.

Now, as a neuroscientist who studies wakefulness at the Brain and Spine Institute in Paris, he knows the field’s current consensus: It’s not as though he had some cluster of cells acting as a switch, flicking on and off his consciousness like a bedside light. “There is not a place in the brain where you can put your finger and say, ‘Consciousness is there,’” he explained. Instead, his awareness of the world around him arose from signals flickering across the entire brain — a pattern that he and other researchers have started to identify in a paper published Wednesday in Science Advances.

The search has profound implications for people caught in a state of in-between. After a stroke, say, or a traumatic brain injury, it might be hard to tell if they’re awake or asleep. Their eyes are open. They might make unintelligible sounds. But the standard method for detecting consciousness in the clinic falls short, because these patients may well be aware of their surroundings even if they can’t talk or move in response to a doctor’s commands. Some 40 percent of them end up being misdiagnosed.

Neuroscientists have known for decades that this grim scenario was probably going on; they just weren’t quite sure how to find signs of consciousness in people with brain damage severe enough to prevent self-expression.

What they came up with was to slide these patients into a functional magnetic resonance imaging scanner — which tracks blood flow as a stand-in for brain activity — and then to ask them to imagine themselves thwacking the ball back and forth in a game of tennis. They’d tried soccer, but it hadn’t worked. “One person might imagine themselves being the goalie. There are many ways of playing soccer,” said Adrian Owen, who is now a professor at Western University, in London, Ontario.

With soccer, he couldn’t be sure whether the rush of blood to different areas of the brain was spurred by the researchers’ instructions or just random neural noise. But “everybody waves their arms around when they imagine themselves playing tennis,” he said. “That’s the lowest common denominator.”

In 2006, the tennis technique yielded something remarkable: a 23-year-old woman who seemed unconscious but was clearly following Owen’s instructions in her mind.

Yet, as Tagliazucchi points out, to look for consciousness in that way is to assume that a patient is still able to listen for commands — hardly a given if some gray matter has been damaged. He wanted to find a more universal sign that someone might be aware.

So his team scanned 125 people in France, Belgium, and the United States. Some of them were healthy. Some had had repeated behavioral assessments and were found to have minimal signs of consciousness; others were described as having none at all. Then the researchers pored through the data, looking for patterns of blood flow in the brain that seemed to occur again and again.

“It’s almost as if you had a page of text and you are trying to find recurring words or phrases,” said Olaf Sporns, a neuroscientist at Indiana University, who was not involved in the study.

These motifs, they figured, might somehow relate to a person’s level of awareness. Sure enough, in completely unresponsive patients, they were more likely to see a specific pattern of brain activity, with blood following the constraints of anatomy, flooding into one region and then into another area directly wired up to the first.

In healthy participants, they were more likely to see the opposite, blood flow bouncing from one end of the brain to the other, like a message beamed by satellite.

To double-check their findings, the team looked to Owen’s lab. Those with covert consciousness — who seemed unresponsive but could clearly imagine playing tennis in their brains — more often had those same long-distance communications, unhindered by the fact that all these areas weren’t directly linked. Likewise, when the researchers put people to sleep with anesthesia, they were more likely to see the simpler, anatomically fenced-in activity that they’d suspected was a signature of unconsciousness.

“What an awesome paper!” said Stefanie Blain-Moraes, an assistant professor at McGill University, who studies similar questions and was not involved in the study. But she pointed out that while these patterns revealed trends, it wasn’t clear that one could use them to diagnose consciousness in individuals.

“We can’t go from this paper to say we have a clinically applicable test of consciousness,” she added. “It’s difficult to get individuals with brain injury into an fMRI. A lot of people — we want to find out whether they’re conscious or not — they would not qualify for this kind of analysis.”

Dr. Georg Northoff, who holds a Canada research chair for mind, brain imaging, and neuroethics at the University of Ottawa, would love to see not just a description of what the brain might be doing during consciousness, but also an explanation of how such neural activity gives rise to what we experience in ours minds. “They don’t show me … why that translates into consciousness,” he said, of the satellite-like pattern. “There’s a still a gap.”

For the researchers themselves, the data gives them plenty to puzzle over. If damaged brains are flitting in and out of these patterns, then perhaps some patients have a window of opportunity during which they are more likely to be reached, Tagliazucchi said.

He also wondered what was happening when healthy brains slipped momentarily out of a pattern that seemed to denote consciousness. One of his colleagues believes that that those instants are tiny lapses in the self. Maybe, as a 7-year-old, Tagliazucchi was onto something.

Read More:Scientists Think They’ve Figured Out Where Consciousness Comes From

Read More:Biophotons Found In Human Brain Prove Our Consciousness Is Linked To Light