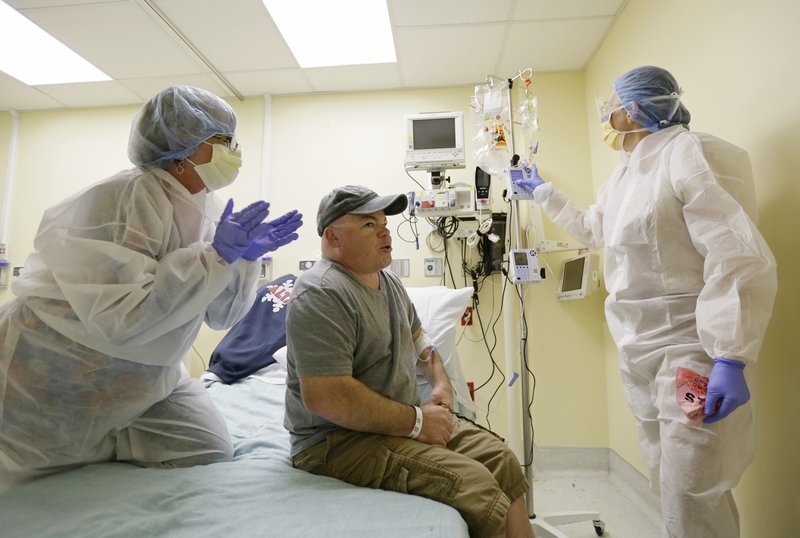 Scientists think they have achieved the first gene editing inside the body, altering DNA in adults to try to treat a disease, although it’s too soon to know if this will help.

Preliminary results suggest that two men with a rare disorder now have a corrective gene at very low levels, which may not be enough to make the therapy a success.

Still, it’s a scientific milestone toward one day doctoring DNA to treat many diseases caused by faulty genes.

“This is a first step,” said Dr. Joseph Muenzer of the University of North Carolina at Chapel Hill, who helped test the treatment. “It’s just not potent enough.”

He gave the results Thursday at a conference in Orlando, Florida, and has consulted for the therapy’s maker, California-based Sangamo Therapeutics. Researchers are working on a stronger version of the treatment.

Gene editing is intended as a more precise way to do gene therapy, to disable a bad gene or supply a good one that’s missing. Trying it in adults to treat diseases is not controversial and the DNA changes do not pass to future generations, unlike the recent case of a Chinese scientist who claims to have edited twin girls’ genes when they were embryos.

Sangamo’s studies involve men with Hunter or Hurler syndrome, diseases caused by a missing gene that makes an enzyme to break down certain sugar compounds. Without it, sugars build up and damage organs, often killing people in their teens.

In 2017, Brian Madeux of Arizona became the first person to try it. Through an IV, he received many copies of a corrective gene and an editing tool called zinc finger nucleases to insert it into his DNA.

Results on him and seven other Hunter patients, plus three with Hurler syndrome, suggest the treatment is safe, which was the main goal of these early experiments. Three problems — bronchitis, an irregular heartbeat and a hernia — were deemed due to the diseases, not the treatment.

Tissue samples showed evidence of gene editing at very low levels in two Hunter patients who were given a middle dose but not in one given a low dose. Tests are expected later this year on patients who received the highest dose and on Hurler patients.

Blood tests detected slightly higher levels of the missing enzyme in a few of the Hunter patients but none of them reached normal levels. One patient had a larger increase but also showed signs that his immune system might be attacking the therapy. He was treated for that and symptoms resolved.

None of the patients with either disease showed a sustained decline in urine levels of the troubling sugar compounds, though, and some other tests also did not detect intended effects of the therapy.

The key test will be stopping the patients’ weekly enzyme treatments to see if their bodies can now make enough of it on their own. Three have gone off treatments so far and one was recently advised to resume them because of fatigue and rising levels of the sugar compounds. The others have not been off long enough to know how they will fare.

“It looks like it’s safe … that’s a very positive sign,” said one independent expert, Dr. Kiran Musunuru of the University of Pennsylvania. He called the early results promising but said “it’s hard to be sure it’s doing any good” until patients are studied longer.

“What they’re trying to do with gene editing is very challenging,” he said. “It’s much harder to make a correction or insert a gene” than to disable one.

“It’s not discouraging, it’s just early and on a small amount of people,” he said. “This is definitely a novel and innovative treatment” but it’s not clear if it’s going to help.

Sangamo’s president, Dr. Sandy Macrae, said a more potent version is being manufactured. Because the treatment seems safe, regulators recently agreed to allow teens with Hunter syndrome to join the study. The ultimate goal is to treat children at a young age, before the disease causes much damage. He said the company will wait for more results on current patients before deciding how to proceed.

“We’ve done something important” by achieving gene editing, he said. “There is a foundation to build on.”

Read More:It Begins: Gene-Editing The Next Generation Of Humans