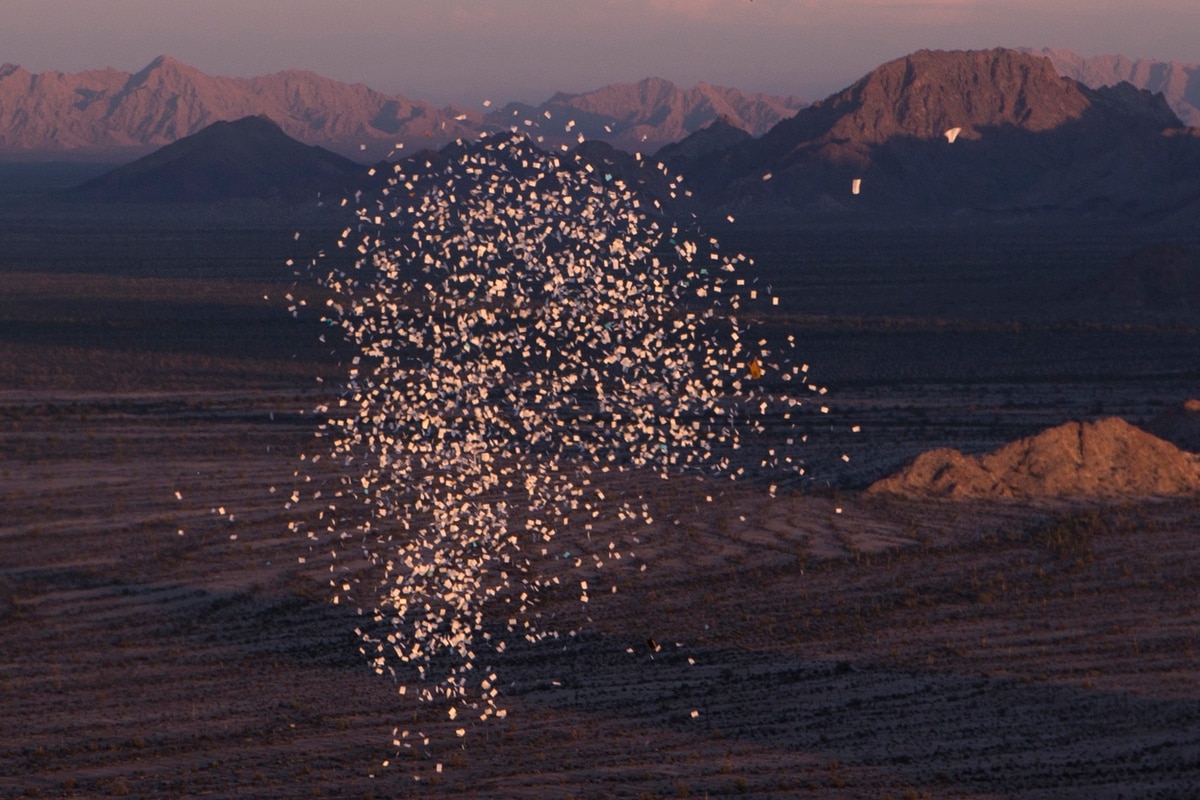 The Defense Department wants U.S. Special Operations Command to do more than the traditional leaflets-and-loudspeakers approach to information warfare, a senior Pentagon official said this week.

“We need to move beyond our 20th century approach to messaging and start looking at influence as an integral aspect of modern irregular warfare,” Andrew Knaggs, the Pentagon’s deputy assistant secretary of defense for special operations and combating terrorism, said at a defense industry symposium Tuesday.

The shift will require cooperation with civilians rarely approached by SOCOM, as well as new technology and strategies to isolate enemy disinformation campaigns before they catch the public’s interest in an area of operations.

“It will also require new partnerships beyond traditional actors, throughout the world, through efforts to amplify voices of [non-governmental organizations] and individual citizens who bring transparency to malign activities of our competitors,” said Knaggs, who also served as an Army Green Beret with 5th Special Forces Group.

The comments hint at the direction U.S. special operations will be heading as the Pentagon reimagines irregular warfare in an era of great power competition between the United States, China, and Russia.

But the need for information operations to sway an audience towards U.S. policy aims is longstanding.

SOCOM, however, combines information warfare between all the services.

In the past, influencing operations have disseminated information through radio and television. But both state and nonstate actors have shown a knack for 21st-century messaging involving social media.

The new focus will involve “technologies that enable us to operate in bandwidth-constrained environments, that allow us to access planning and processing, [and] that enable us to do more locally, rather than having an extended, highly robust logistical tale,” Knaggs said.

Influencing operations are something the Kremlin already excels at.

“Our adversaries can weaponize disinformation and propagate it to their advantage, undermining the democratic process and deflecting blame for their malign activities,” Knaggs said. “Rather than hiding from the transparency afforded by the 24-hour news cycle and pervasive social media, our adversaries embrace that cycle and use it to their advantage.”

Exactly what role Knaggs envisions for SOCOM in the information war remains unclear. He did say, however, that the process will involve scaling existing operations within SOCOM.

SOCOM has been developing new capabilities “that allow us to evaluate the social media space, evaluate the cyber domain, see trend analysis, where opinion is moving, and then how to potentially influence that environment with our own products,” Tovo said.

What the Pentagon wants to do, though, is less of an issue than whether they can actually do it.

“[It’s] not about tools so much as it is about the authorities and permissions to use them,” Tovo said. It largely comes down to “how we, as the U.S. Government, decide to divvy up the information domain in this competitive space, and what agency and executive branch owns what responsibilities.”

Read More:NDAA Legalized Propaganda Use On The American Public In 2012