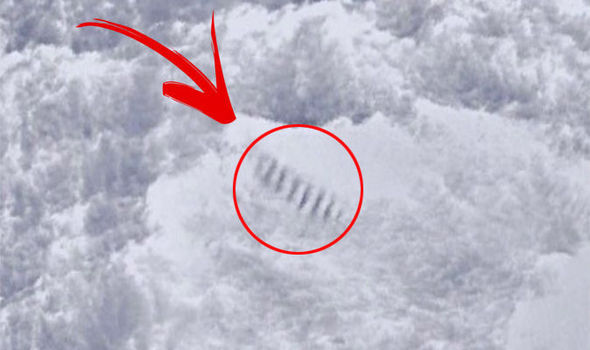 A MYSTERIOUS set of lines discovered on Google Earth has prompted theories of a giant staircase emerging from Antarctica.

The bizarre satellite image was captured on video by a conspiracy theorist, who has suggested the lines correspond to a set of stairs.

Eight ridged lines can be spotted rising out of the snow on the rugged, wild terrain of Antarctica.

The finding was shared on conspiracy forum Godlike Productions, which has since generated all kinds of baffling theories.

Some have suggested the lines are too big to be stairs but instead could be a landing site for aliens.

Others think they could be the remains of a hidden city or an extinct civilisation.

The person who uploaded the discovery shared on the forum: “This morning, in the work van, we were talking about conspiracies, and one of them were about so many big names going to Antarctica out of the blue.

“I was bored so I pulled out Google Earth for a while, just exploring, when I came across something that looked like a giant staircase.

“Anyone have an idea what it is? Just a glitch with satellite cameras? Or something more?”

‘I pulled out Google Earth for a while, just exploring Antarctica, when I came across something that looked like a giant staircase’ 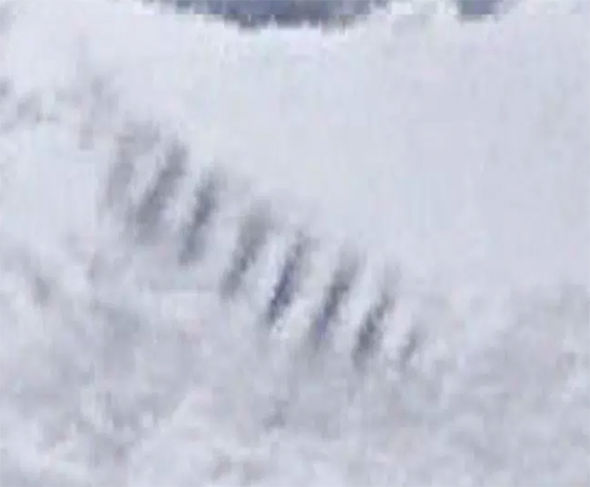 Along with the more outlandish theories, there were some logical suggestions offered up too.

Some people thought it could be a lens anomaly or snow dunes.

YouTube channel called SecureTeam10 went as far as to track down the co-ordinates of the bizarre lines, proving they do at least exist on Google Earth.

In its video, SecureTeam10 said: “This is located in one of the coldest parts of the continent. There shouldn’t be anything down there.” 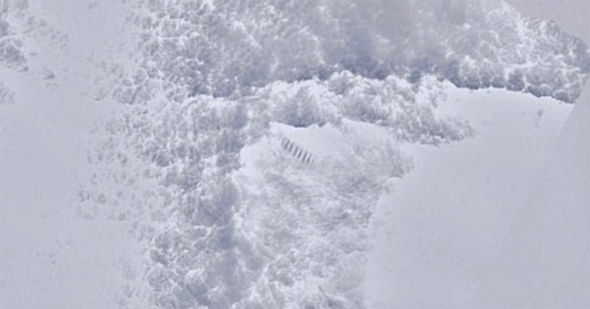 It’s the second time this week that Antarctica has been the subject of mystery.

A giant fort-like structure has also just revealed itself in the depths of the continent, sparking claims of an ancient civilisation once roaming the polar region.

What appears to be the remains of an oval shaped “building” is 400ft across and seems to have all the hallmarks of being a sizeable, man-made construction – similar to a mediaeval motte and bailey castle.

If true, it would reshape everything scientists thought they knew about humanity’s past as it would prove people inhabited what was previously thought to be a desolate region.

Read More:Hidden Radioactive Heat Source The Reason For Melting Antarctic Ice? Scientists Are Beginning To Think So After The Latest Testing