A meteorite crashed down in western Cuba this afternoon following reports of an object seen streaking across the sky over the Florida Keys.

Locals say the impact rocked Viñales, Pinar del Río with a ‘large explosion’ that shattered windows in some homes. No injuries have been reported.

Several residents are now sharing images of what they believe to be fragments of the space rock. 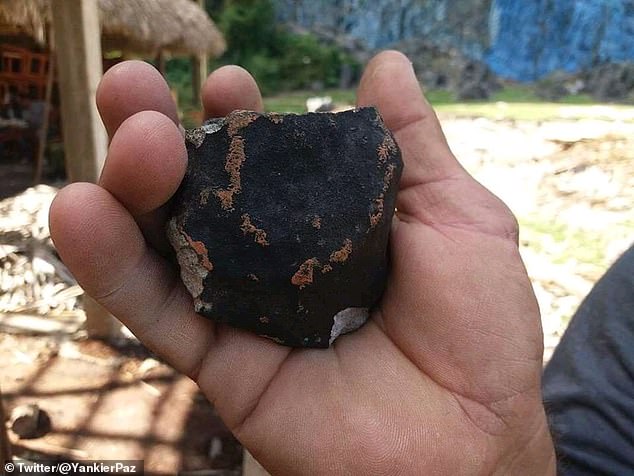 THE DIFFERENT TYPES OF SPACE ROCKS

An asteroid is a large chunk of rock left over from collisions or the early solar system. Most are located between Mars and Jupiter in the Main Belt.

A comet is a rock covered in ice, methane and other compounds.

A meteor is what astronomers call a flash of light in the atmosphere when debris burns up.

This debris itself is known as a meteoroid. Most are so small they are vapourised in the atmosphere.

If any of this meteoroid makes it to Earth, it is called a meteorite.

‘We’re receiving reports that a meteor was seen in the sky across the Florida Keys,’ NWS Key West tweeted Friday afternoon amid mounting questions from locals who saw the smoking object fly overhead.

‘It appears that a meteorite impact occurred in western Cuba, near the town of Viñales, Pinar del Río, earlier this afternoon.’

The impact occurred at around 1:20 p.m. local time.

Residents of Cuba and the Florida Keys took to social media to report what they’d seen and share images of the black rocks they suspect are bits of the meteorite.

‘Only in Cuba does an apparent meteorite crash and you happen to know the person who’s house was hit,’ Patrick Oppman, CNN’s Cuba correspondent, tweeted Friday afternoon after reporting that there were no known injuries.

While the exact source of the meteor is unclear, the American Meteor Society predicted meteor activity from a slew of radiants for this week.

The radiant is the area from which meteors appear to originate in the sky. 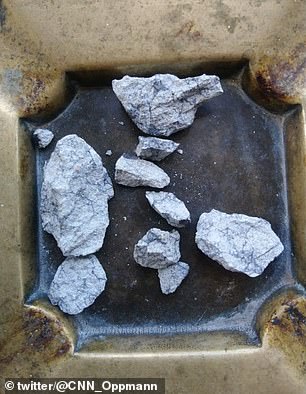 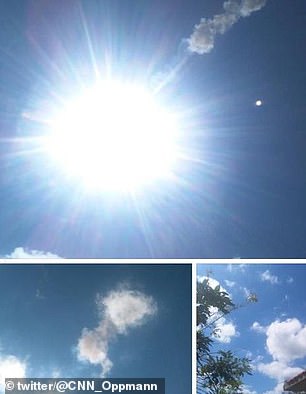 According to the AMS, this week was expected to bring as many as four meteors per hour for southern-latitude viewers, as seen from dark skies.

‘Hourly meteor rates for evening observers this week is near 3 as seen from mid-northern latitudes (45N) and 4 as seen from tropical southern locations (25S),’ the AMS forecast says.

‘For morning observers the estimated total hourly rates should be near 7 as seen from mid-northern latitudes and 10 from the southern tropics.’