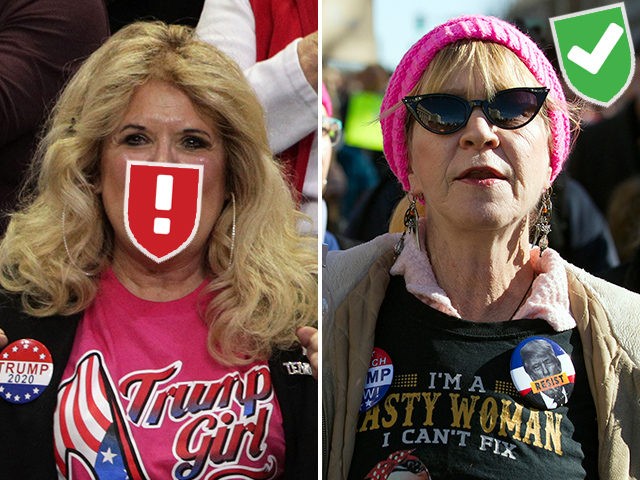 NewsGuard, the news-filtering browser extension recently partnered with Microsoft and run by neoconservatives, Obama-Clinton alumni, and other assorted Trump haters, has advised advertisers to withdraw their business from websites on its blacklist of “unreliable” news websites — a list that includes Breitbart News, The Drudge Report, and the Daily Mail.

NewsGuard’s tactic is similar the one used by far-left smear peddlers Sleeping Giants, whose mission is to spread baseless accusations of racism and white supremacy to the advertisers of pro-Trump media outlets in order to put them out of business and silence their voice. Two of the sites on NewsGuard’s list, Breitbart News and the Daily Mail, are also prominent targets of Sleeping Giants.

The effect isn’t merely to silence pro-Trump media. It also ensures advertisers don’t market their products to Trump voters, causing them to rely less and less on consumers in the heartland, and more on progressive consumers who read establishment news sources. The ultimate result: corporations cater their products and “corporate values” even more to the latter, and not at all to the former.

“Ad tech companies have software to keep brands safe from hate speech and pornography. But artificial intelligence cannot root out false news because false news is designed to look like real news. NewsGuard adds an extra layer of protection as the only process that involves human beings—trained journalists—reviewing every website.”

Controversially, one of Publicis Groupe’s other subsidiaries is Qorvis — a Washington D.C-based PR and crisis management firm which has represented the nation of Saudi Arabia since the September 11 attacks. The company led an aggressive media and lobbying campaign in the U.S. to defend Saudi Arabia’s war in Yemen. As Qorvis’ parent company funds NewsGuard, this is presumably considered responsible journalism.

The beltway establishment figures who started NewsGuard claim to be non-partisan. But the logic of their system leads towards the demonetization of pro-Trump and populist conservative media, as well as the few anti-establishment sites of the left that are also on the extension’s blacklist, like the Daily Kos.

It’s an approach that dovetails with the rise of financial blacklisting, in which left-wing and anti-Trump agitators pressure online funding platforms, payment processors, and credit card companies to cut off service from conservatives and anti-establishment figures. The goal is to render independent media unprofitable; blacklisting and censoring them by cutting off their income.

This is further proof that establishment conservatives are just as eager as the far left to crush the populist movement. Even Bill Kristol, the arch-NeverTrumper let the truth about NewsGuard slip out during an interview with the browser extension’s “editor-in-chief.”

“I guess the counter-argument to what you’re doing is, well, this is a bunch of establishment people deciding they like establishment websites,” said Kristol.

It’s more than that — it’s also a bunch of establishment people deciding they don’t like anti-establishment websites, and wanting to wage financial warfare against them.