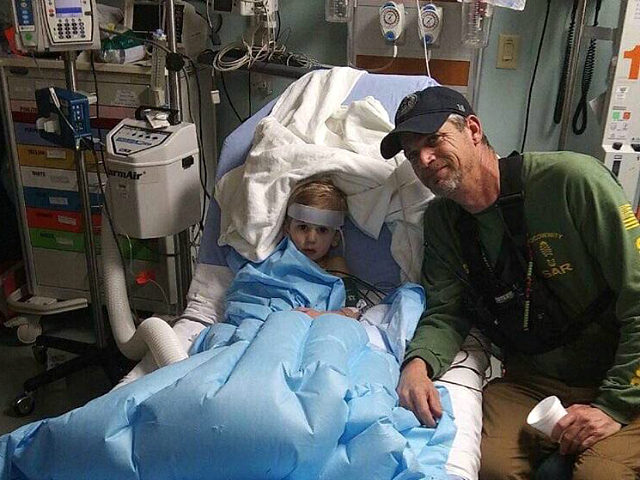 A three-year-old boy who went missing in a North Carolina forest for two days said he “hung out with a bear” to keep company while his family and hundreds of others searched for him.

The boy’s aunt, Breanna Hathaway, revealed in a Thursday evening Facebook post that the boy, Casey, told authorities and his parents while recovering in the hospital that he spent time with a bear over the two days he went missing.

“Casey is healthy, smiling, and talking. He said he hung out with a bear for two days God sent him a friend to keep him safe,” Hathaway said in a Facebook post Thursday evening, shortly before the post became unavailable.

Craven County Sheriff Chip Hughes confirmed that the child told authorities he was with a bear while he was missing.

American black bears do inhabit the forests of eastern North Carolina, and the “vast majority” of them are currently hibernating for the winter.

Casey first disappeared on Tuesday shortly after going out to play in his great-grandmother’s backyard with his sister and cousin. When his relatives came back inside without him, family members notified authorities.

A search party of about 600 volunteers, FBI officials, divers, and state authorities scoured the woods in eastern North Carolina in cold, rainy weather to find the three-year-old.

Authorities discovered the child in a patch of thorn bushes around 9:30 p.m. Thursday, one-half mile from where he initially went missing. Rescue crews found the boy after reportedly hearing him cry for his mother.

The three-year-old was only wearing a coat and sweatpants when he went missing and had still been wearing the coat when authorities found him.

His mother, Brittany Hathaway, thanked those volunteers and rescue crews who searched for Casey on Thursday and mentioned he was doing well.