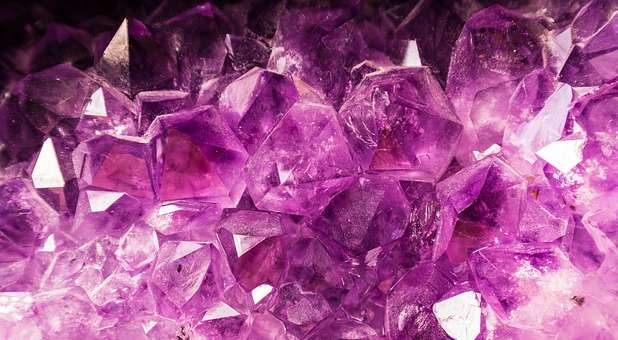 A company founded on the prophetic advice of the Chabad Rabbi has found a type of gemstone unique to Israel … and outer space.

Last week, the International Mineralogical Association recognized a new, distinct mineral discovered by Shefa Yamim, the only mining company searching for precious gems in Israel. The mineral is embedded in sapphire and is named carmeltazite for the Carmel Mountains, the location of its discovery, and the trace minerals it contains: titanium, aluminum and zirconium. It will be marketed under the name “carmel sapphire.” The largest stone the company found to date weighed in at 33.3 carats. After density testing, it was shown to be harder than diamond.

“We are delighted that our carmel sapphire has been recognized as a host to many rare minerals,” Avi Taub, CEO of Shefa Yamim, said in a statement. “In today’s world where the prices of gems [is] determined predominantly by their rarity, the carmel sapphire is a unique discovery because it has not been found anywhere else in the world.”

The quantity of carmeltazite hidden under the Carmel Mountains is still unknown, but if it is sufficiently rare, it may prove to be more valuable than diamonds.

Taub’s statement was intentionally precise. The stone has been seen before, but not “in the world.” The mineral has been found in rocks originating in space, as described in Forbes Magazine.

“Carmeltazite is found in corundum, an aluminum-oxide, embedded in volcanic rocks mined in the Haifa District in northern Israel,” Forbes wrote. “It is a complex zirconium-aluminum-titanium-oxide, with traces of scandium, calcium and magnesium to be found in its crystalline structure. Curiously, the chemical formula resembles allendeite, a mineral identified for the first time in the Allende meteorite, a rocky meteorite that fell Feb. 8, 1969, in the Mexican state of Chihuahua. Its formation on Earth dates back 65 million years.”

Taub, a religious Jew and follower of Chabad branch of Hasidut, naturally connects the recent find with the temple.

Taub’s vision was directed by Rabbi Menachem Mendel Schneerson, who passed away in 1994. Taub’s family had a diamond-polishing plant and dealt in manufacturing and marketing jewelry. In 1989, Taub, a follower of Chabad Hasidut, visited the rabbi, known to his millions of followers simply as “the rebbe.” With very little explanation, the rebbe told Taub to begin mining. Taub entered into an unsuccessful project in Australia. He struggled to understand the rebbe’s message. Through a friend who was also a follower of the rebbe, Taub was made aware of a video in which the rebbe made a remarkable statement, given to then-mayor of Haifa, Arye Gurel in 1988.

“In Haifa, there is a sea. One shouldn’t become intimidated by something that is deep,” the rebbe said to Gurel. “This is the uniqueness of Haifa—that it has a sea and that there is a valley and in the valley are precious stones and gems. The Holy One, blessed be He, did a wondrous thing; He concealed them in the depths of the earth, and in any case, in the depth of the river.”

Taub searched for more clues and found that the rebbe discussed these hidden gems again in a public lesson in 1991. The rebbe explained new and unprecedented knowledge and material resources, hidden since the creation of the world, will be discovered as the redemption approaches. The rebbe specified that precious stones and gems will be for the purpose of giving additional charity and performing other mitzvoth (commandments) to hasten the Messiah in its final stages.

Taub went searching for other clues to hidden gems in Israel and found hints that the region assigned to the tribe of Zevulun was hinted at in the Bible as the source of hidden wealth. This was based on Moses’ blessing to the tribe in Deuteronomy.

And of Zevulun he said: Rejoice, O Zevulun, on your journeys, And Yissachar, in your tents. They invite their kin to the mountain, Where they offer sacrifices of success. For they draw from the riches of the sea And the hidden hoards of the sand (Deut. 33:18-19, The Israel Bible).

The Meam Loez, an 18th-century commentary on the Bible initiated by Rabbi Yaakov Culi, wrote the following on that verse.

“There are vast amounts of natural treasures that are hidden in the sea and in the earth in the portion of the tribe of Zevulun. These treasures include the rare “chilazon” from whose blood the aqua color is obtained for “tzitzit,” precious stones and gems—diamonds—most of which afforded the Land of Israel vast wealth, generally speaking, and especially for the tribe of Zevulun!”

Taub was satisfied that all of the clues pointed towards Israel to find these hidden gems the rebbe had told him to search for. In 1999, Taub and several other Chabad Jews established Shefa Yamim Co. Ltd. with the intention of locating precious stones and gems in Israel. As per the rebbe’s instructions to Haifa’s mayor, Taub focused his company’s efforts along the Kishon riverbed in the Zevulun Valley, the Carmel Mountain Range bordering Haifa, and the area of Ramot Menashe.

“Everyone thinks that Israel is a desert with no natural resources,” Taub said. “The government discovered that under the ground we have vast reserves of natural gas. Now we found precious stones that no other country has. When it comes to the land of Israel, we have much to thank Hashem (God, literally ‘the name’) for.”

Taub’s business model is “mine-to-market.” Sefa Yamim will not only mine the stones, but they will also produce a line of exclusive jewelry made from Holy Land gemstones drawn from the mines of Shefa Yamin. The jewelry will be designed by Yossi Harari, a world-famous designer.

Taub noted that even the timing of their find is significant.

“These stones could have been discovered 10 years ago, or 100,” he emphasized. “The rebbe told us to begin when he did because he knew the Moshiach (Messiah) was coming and that was when these stones were to be brought to light.”

Read More:Which Will Come First; The Messiah Or The Temple?

Read More:Rebuilding Of The Jewish Temple On The Horizon?

Watch More:Architectural Plans For The Third Temple Have Begun

Read More:Third Temple Closer Than Ever As Search For Eligible Jewish Priests Begins

Read More:So Close To The Rebuilding Of The Third Temple: The Temple Harp Project

Read More:Temple Service Could Be Less Than A Week Away As Priests Are Appointed