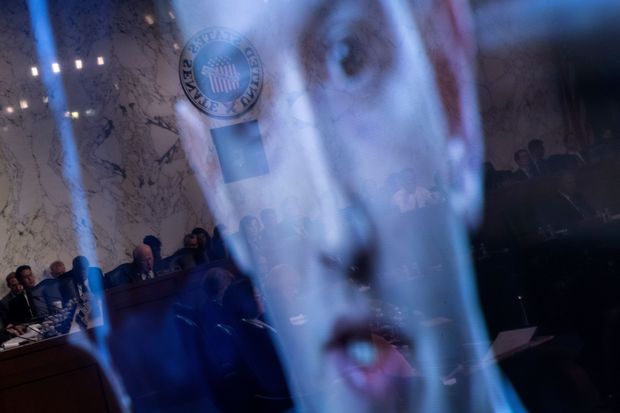 According to Google’s Ngram Viewer, which measures the appearance in books of a given phrase over time, the word “surveillance”—from the French sur + veiller, “to watch over”—saw relatively little use until about 1960. At that point, sparked perhaps by the Cold War, it started turning up more and more frequently, a trend that continues to this day. Expect that trend to kick into overdrive now that Shoshana Zuboff’s “The Age of Surveillance Capitalism” is out, for hers is the rare volume that puts a name on a problem just as it becomes critical—in this case, the quandary raised by Google and Facebook when they figured out how to fashion the data exhaust of our everyday lives into, as she puts it, “prediction products”: little oracles that anticipate our intentions and offer them up to anyone willing to pay.

“Surveillance capitalism,” in Ms. Zuboff’s scheme of things, is what happens when companies scoop up the data we leave behind as we go about our digital lives and use it to their own commercial ends. Our leftover data trails make up the resource she calls “behavioral surplus,” a by-product that’s key to the success of two of the world’s most highly valued companies, Alphabet (Google’s parent) and Facebook, and increasingly Amazon and Microsoft. This is not news to anyone who reads the papers. What has become news is the shockingly cavalier manner in which these companies (Facebook in particular) tend to treat this resource and the blatantly insincere apologies they offer in response. Ms. Zuboff, a retired Harvard Business School professor, assumes the role of social anthropologist, arguing that this scheme of surveillance and the marketplace it serves pose a threat not just to conventional notions of privacy but to our autonomy as individual beings, and ultimately to a democratic society. And yet, she asserts, it doesn’t have to be like this. 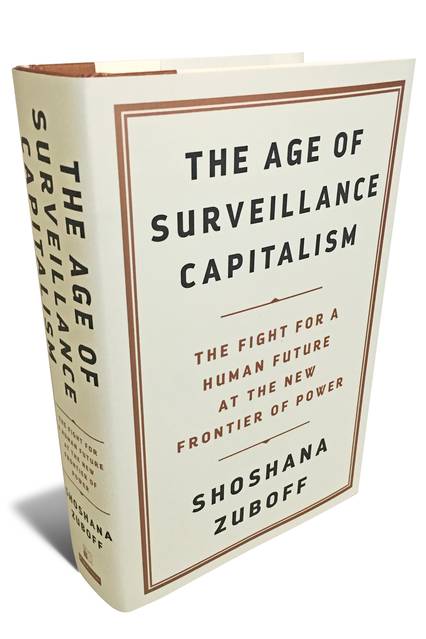 The Age of Surveillance Capitalism

Along the way, she calls on pioneers of the industrial age—including Thomas Edison, Henry Ford and the sociologist Emile Durkheim—to show that, like them, we face a situation in which there are no earlier parallels, only unprecedented circumstances. What remains constant is the fundamental human dynamic: a drive for power, profits and success on the part of those lucky enough to have stumbled across a winning formula and smart enough to recognize it.

In today’s world, three of the smartest and luckiest of all are Google’s Larry Page and Sergey Brin, who 20-odd years ago had a brilliant idea for searching the then-nascent Web but had no clue at the time how to monetize it, and Mark Zuckerberg, who registered their astonishing success a few years later and adapted it to Facebook’s burgeoning social graph. While Apple prospered by making must-have products and wrestling the music business into the 21st century, Google and Facebook got nearly 60% of the U.S. market for online ads by using surveillance techniques to take the guesswork out of advertising. In place of the “spray and pray” approach that prevailed in mass media, advertisers could, at least theoretically, reach only those consumers who were predisposed to buy their wares.

Never underestimate the appeal of certainty—or the propensity for hubris. Google’s stated mission is to “organize the world’s information.” A top Facebook engineer talks about “trying to map out the graph of everything in the world” and how it all relates. The grandiosity of such statements should be a tipoff—as should tech billionaires’ susceptibility to Ray Kurzweil’s singularity cult, which promises immortality to anyone willing to merge with the machine.

Meanwhile, the rest of us have grown habituated to our role as passive participants in tech’s predictive marketplace. Take, for example, Amazon’s Echo products and Alexa, the disembodied intelligence that can play music, manage your alarm system, adjust the thermostat and listen to anything and everything said within your walls. Many people I know keep not one of these devices but three or four, just to make sure Alexa is always around. Questioned about this, or about why they use Gmail or Google Maps knowing that Google mines them for data, they offer one of three defenses: (1) They already know everything about me anyway; (2) I’m not doing anything wrong, so what do I have to hide? Or (3) Nobody cares about me personally, and they couldn’t possibly pay attention to all this data even if they wanted to.

The first two responses suggest a level of profound resignation. The third betrays a fundamental misunderstanding of how the whole thing works: Yes, these companies do care about you personally—that’s the whole point, privacy rhetoric notwithstanding—and not only can their machine-learning systems absorb everything about everyone, they get smarter the more they have to work on.

As with any Faustian bargain, the short-term benefits of submitting are more salient than the long-term sacrifice. Who doesn’t want a magical digital assistant? Who doesn’t want to know the quickest route home? Sure, the user agreements are opaque and the default settings easy—but what do we have to lose?

What indeed. In a TV interview last week, the primate of the Russian Orthodox Church warned that the proliferation of personal data and its potential for misuse could trigger the coming of the Antichrist. There are times when Ms. Zuboff seems almost as melodramatic. Her case is stronger when she marshals facts—like the tale of Facebook’s 2007 launch of Beacon, a feature that automatically shared information about users’ purchases with their friends until it was shut down amid widespread outrage—than when she ratchets up the rhetoric. Yes, we stand to lose a lot. But this book’s major contribution is to give a name to what’s happening, to put it in cultural and historical perspective, and to ask us to pause long enough to think about the future and how it might be different from today.