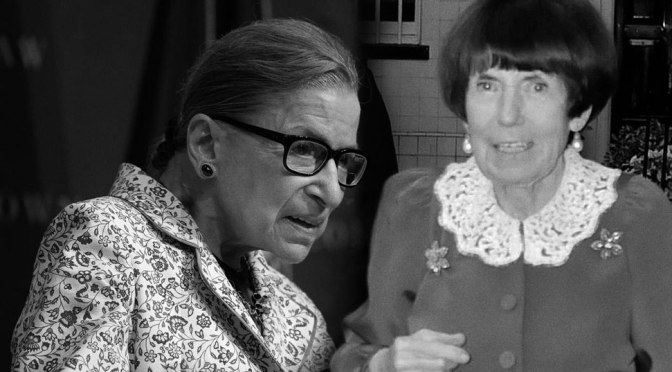 There are now a number of undeniable signs that the Global Criminal Cabal is going down big time. This is in addition to previous events that saw the panic of the Bushes, Clintons and the Bidens.

The Deep State actors in the US are now running out of options that they are now propping up previously unknown personalities to run for the highest office in 2020. Bernie Standers is still unacceptable for the Democrats.

Anyway, it is interesting to note that the recent resignation of the World Bank president Jim Yong Kim not only coincided with the fall of US Supreme Court Justice Bader Ginsburg and Serena Rothschild, but it also is following along the path of his predecessor ex-Goldman Sachs banker Robert Zoellick, who himself resigned as WB chief along with thousands of other banking CEOs in the early part of 2012, which eventually culminated in the Papal resignation of “Benedict” Ratzinger, the highest racking pedophile coddler of the Roman Empire in his time.

Remember also that this incumbent Catholic Pope Bergoglio has promised early in his indefinite term that there will be some sort of debt forgiveness, only to renege later on because frankly, the Jesuit Rothschild banking dynasty doesn’t own anything of real value, but only on paper as the whole gang of criminal misfits never in their lives worked on a farm. These are occult magicians have been leveraging on the gullibility of the masses for centuries, if not for millennia. But there are natural limits to every imperial ambition.

As everybody knows, the European decadent organization is now being confronted with mass movements of people whore are tired of austerity measures in the midst of opulent royal rituals, and populist leaderships that are directly mocking on the panicky Deep State actors still holding government positions. We are seeing the beginning of the reign of unelected parliamentarians and the end of the European Union itself.

Kings and Queens have also resigned to make way for progressive minded individuals to sign off for the global Collateral Accounts that were preprogrammed to be used for planetary development 80 years ago, but instead systematically siphoned off world, or at least used in massive underground developments in the mid-1950s that had nothing to do with improving human lives on terra.

Before these royal resignations, Paradise, California was devastated by a very obvious directed energy weapon’s attack that melted everything metallic, transmuted glasses into thin air, pulverized housing materials on contact, but plastics. But the real giveaway is the linear and pulsed patterns that the energy weapon swept across the targeted areas.

The pseudo-environmentalists are expected to capitalize on this for their nefarious global warming/climate change mantra that the Trump government happens to refute against.

Today, the Central Bank of Russia indicated that over the last 6 months it has unloaded its dollar reserves further down to 21.9% when it converted $100 billion foreign reserves into Yuan, Yen and Euro, in line with the systematic decapitation of the Rothschild/Jesuit banking empire. The Russians are already preparing for a complete shutdown of Visa and Mastercard with their own Mir payment system.

Meanwhile, the Federal Reserve System can’t hide its own bankruptcy anymore, while it is undergoing its own covert bailout that is probably very hard to trace, much like the Pentagon failed its first ever audit.

As most of us know, all private Central Banks are under a common umbrella controlled by the Rothschild banking dynasty, and the same operation that they did in 2008 is now being used to keep the Federal Reserve itself afloat.

“This is basically an open running bailout. Under this structure, you can transfer assets out of the federal government into private ownership, and nobody will know and nobody can stop it. There is no oversight whatsoever. You can’t even know who is doing it.

I’m telling you they just took the United States government, they just changed the governance model by accounting policy to a fascist government. If you are an investor, you don’t know who owns those assets, and there is no evidence that you do. . . . If the law says you have to produce audited financial statements and you refuse to do so for 20 years, and then when somebody calls you on it, you proceed to change the accounting laws that say you can now run secret books for all the agencies and over 100 related entities…”

“We cannot sit around and passively depend on a guy we elected President. The President cannot fix this. We need to fix this. . . . This is Main Street versus Wall Street. This is honest books versus dirty books. If you want the United States in 10 years to resemble anything what it looked like 20 years ago, you are going to have to do it, and there is no one else who can do it. You have to first get the intelligence to know what is happening.” – Catherine Austin Fitts

In the last 72 hours, the US stealth B2 bomber is positioned in Hawaii to make a statement. Russia is responding with its deployment of 30 Poseidon strategic underwater nuclear drones that are designed to create tsunami wave of up to 500 meters, enough to wipe out shoreline vessels and marine bases.

But it is the Chinese space program that is making the tectonic headlines across the world as it successfully landed an unmanned spacecraft and a rover, which beamed each other’s camera showing off the far side of the moon.

This feat is not only politically symbolic, but it gives a real measure in the right direction as it emboldens the Chinese to pursue the construction of a manned space station specifically designed to curtail and neutralize the massive Western weaponization of space that had been already used against China in more than one occasion, i.e. Tianjin Blast, and several earthquakes, not just in China but also in Southeast Asia.

There is one thing left for China to do, i.e. the massive unloading of its US treasury bonds. This will be doubled down with India taking over the current US second economic position at number 2. Hopefully at that situation would unite Americans against their own common enemies that is the Wall Street bankers, the military industrial complex and Big Pharma.

The Russians have been teasing us already with Space Age technologies, not just in the realm of weaponries but positive material transmutations, cold fusion, and portable free energy systems that have been actively suppressed and exploited by Deep State SERCO that is with high probability to be behind the California DEW attacks.

The Border Wall rhetorics, and the government shutdown along with it, are merely shadow boxing. But real actions are being taken care of behind the scenes. There are reports that some personalities are already being hoarded off to the newly renovated Guantanamo prisons.

It is therefore incumbent upon us to continue the pressure by spreading these fundamental knowledge and the true understanding of current events, so that depression is taken over by hope, and apathy by courage and tangible actions inside the halls of power.

Read More:Trump Already Has Enough Money For The Wall: What Is The REAL Reason For The Government Shut Down? Will An Entirely New Government Be Installed When It Recommences? Imminent Arrests?

Read More:Signed Executive Orders Reveal Mass Arrest For Many Of The Deep State

Read More:Scrambling To Get With The Tech Boom, Rothschilds Release ‘FedCoin’ In An Attempt To Gain Control Of NWO Digital Currency

Read More:Ginsburg Out? After Fall And Broken Ribs, Many Wonder If She Will Return As Supreme Court Justice