Tokyo was hit by an earthquake at around 11.45am GMT, with the quake initially registering a magnitude of 5.8. It was later downgraded to 5.0. Shocked residents recorded their experiences on earthquake-tracking website EMSC-CSEM. One said: “That was a nice little shake, enough to scare the kids.” 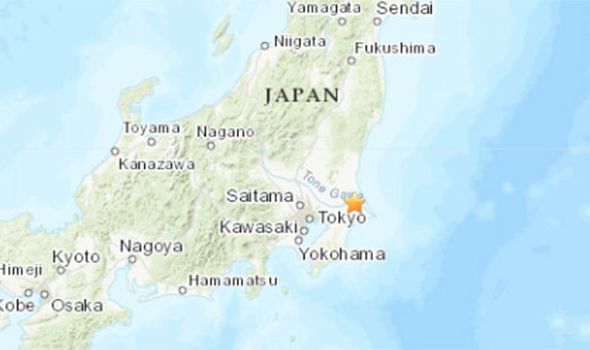 One resident said on Twitter: “Toilet starts shaking and I thought I was just having a rough one but then I see the door start swaying.”

A resident of Zama described the quake as “crazy”, while another said it had been felt in Tokyo Bay.

No tsunami warnings or alert were issued.