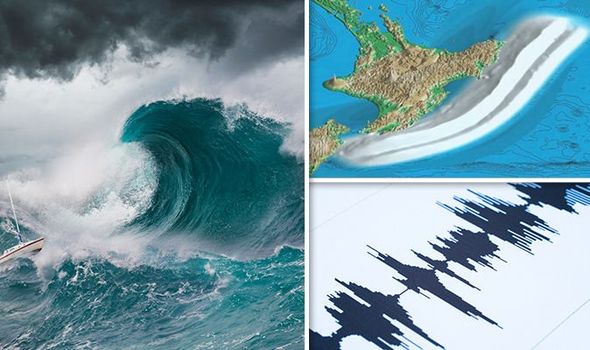 SCIENTISTS have urged government officials to prepare for a terrifying and unprecedented magnitude-9 mega-earthquake that would unleash a deadly tsunami with 30 metre-high waves.

Scientists have declared that it is a matter of “when, not if” a devastating earthquake strikes New Zealand, unleashing a mega-tsunami  that could wreak havoc across large parts of the world. Geologists in New Zealand claim the Hikurangi Subduction Zone is one of the world’s biggest faultlines and there is evidence that it could soon set off a quake and a subsequent tsunami. The rupture of the fault line would cause damage and destruction on a scale bigger than the Japanese quake and tsunami of 2011.