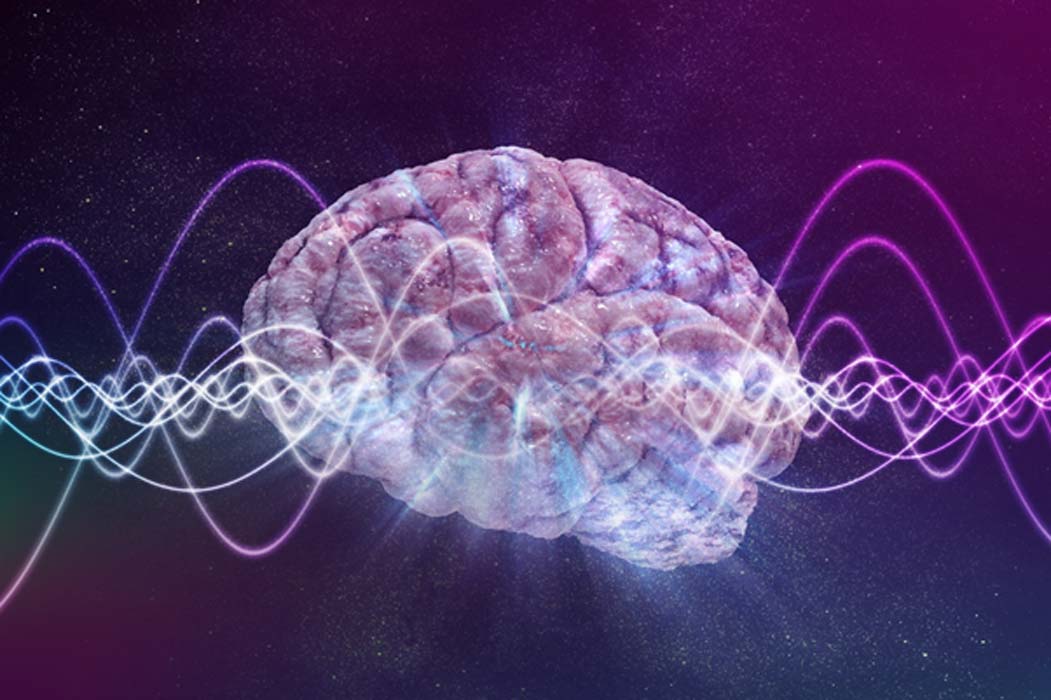 While consciousness is a term that is difficult to define, there is evidence to link it with the EM field of the brain. This EM field is well known and is utilized in many brain-scanning techniques such as EEG that depend on electrical signals.

Pulling together research from areas ranging from biology to neuroscience to philosophy, Dr. Johnjoe McFadden author of Quantum Evolution , has published a theory on the nature of consciousness that, if found to be correct, will surely change the way we perceive ourselves and humanity as a whole.

Mc Fadden says, “there is considerable evidence that neurons do indeed communicate through the EM field (known as field coupling).” The CEMI Field Theory (Conscious Electro Magnetic Information Field Theory), to which he supplies significant supporting evidence, shows that the brain’s weak but complex EM field allows each cell instant access to the information contained in every other cell in the brain. In essence it suggests that consciousness is related to the EM fields that the body produces, especially those produced by the brain. We do not have to send chemicals back and forth across the brain a zillion times to think a complex thought or process an image; it happens instantly. 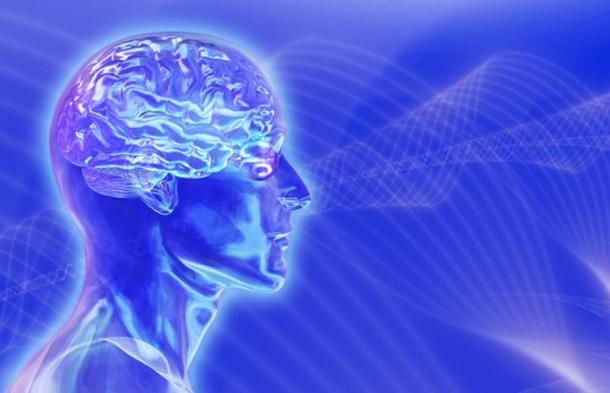 Some of the more interesting evidence presented in favor of CEMI Field Theory is contained in a series of studies on individuals using transcranial magnetic stimulation, or TMS. In TMS, an electrical current is run through a coil placed on the scalp of a given subject. This coil generates a magnetic field that penetrates the scalp and influences nerve firing patterns. The side effects on the human test subjects were fascinating and produced a wide range of cognitive disturbances, including modification of reaction time, suppression of visual perception, speech arrest, disturbances of eye movement, and mood changes. But they are not always bad. 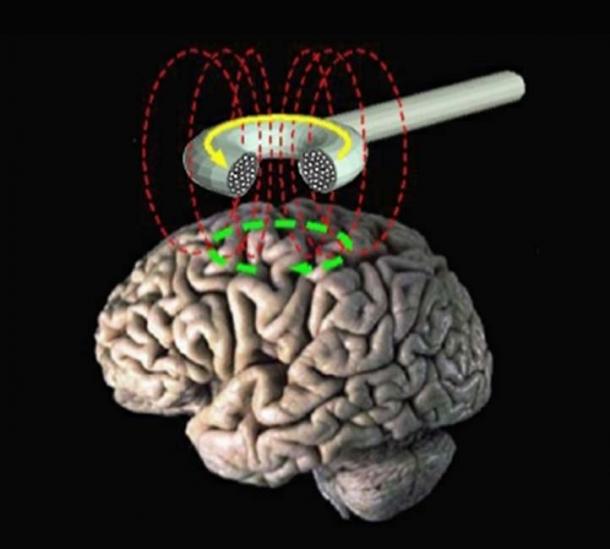 ‘In the past few years, for instance, researchers have found that delivering rTMS to speech areas of the brain can take the words right out of someone’s mouth; specifically, people name pictures faster after the treatment. And rTMS applied to motor areas facilitates lightning-fast movements. Grafman’s group has turned its attention to more abstract brain processes, as they reported in Neurology this past year. They asked people to solve analogy puzzles, in which they had to figure out the relationship among a group of colored geometric shapes and then pick out the analogous pattern in other sets of shapes…Sham stimulation or rTMS to other areas of the brain shortly before presenting the puzzles didn’t help people solve them, but rTMS to the prefrontal cortex speeded subjects’ insights.’

What Similar Studies Have There Been?

Both ABC News and Newsweek have reported on similar studies, with the ABC report noting that TMS was able to counter the effects of depression in 60% of patients for whom nothing else worked, its effects lasting for several months after treatment.  “Other researchers are now investigating how it may help other brain illnesses, including schizophrenia, Parkinson’s disease, and obsessive-compulsive disorders.” Newsweek notes that the Pentagon is currently sponsoring research to determine if TMS can be used to give soldiers cognitive boosts. Under the theory that if TMS can boost the abilities of patients suffering from depression, it should have the same positive effect on healthy individuals too. This research, for better or worse, again suggests that the EM fields in the body are in fact tangible and alterations in them can have a physical effect on our abilities, both cognitive and physical.

Consciousness, Mind, and the Cosmic Influence

Arguably, TMS involves the use of a pulsed electromagnetics in close proximity to the brain, creating a much more intense localized field than we experience from the Earth’s and Sun’s magnetic fields, respectively. But it is possible that the waves generated by celestial objects in distant space may also have a rhythmic or “pulsing” effect due to the resonant nature of orbital physics – the very mechanism that keeps space orderly and causes the cycles of nature. And we certainly know that some stars like “pulsars” have a rhythm so reliable that they can be used to keep time.

Think of the power of drops of water to cut through stone; then think of the exceptionally long duration of the huge magnetic and electromagnetic pulses generated by distant stellar sources, wave after wave permeating our world. There is a possibility that they could prove at least as powerful over the long term than any experiment we can generate in a laboratory in the short term.

The theories and evidence that we can be affected by magnetic fields, exposure to light, and the ionization of the air we breathe support the Great Year hypothesis: that subtle outside influences can impact human consciousness and civilization’s ebb and flow. Interestingly, these ideas are not new. 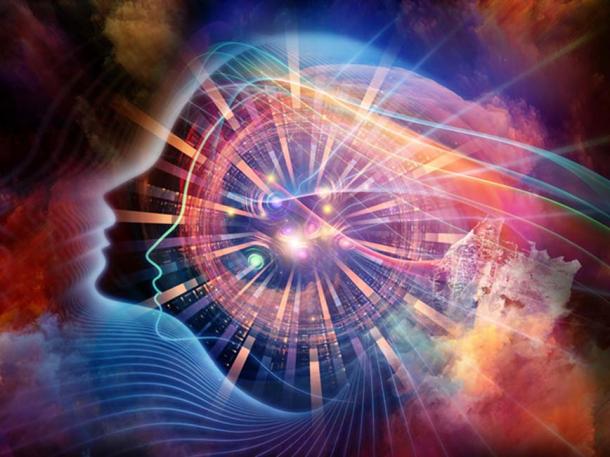 The Light Within . ( agsandrew / Adobe)

Uses In the Practice of Medicine

Certain Eastern ideas about life and consciousness appear to date to prehistory and are fundamentally different from those in the West. In no field of study is this more apparent than in the practice of medicine . Here in the West the emphasis is on treating the physical body’s illness with the appropriate chemical remedy. This is a method that has proven itself to this culture, at least in addressing the symptoms. For a headache, take a pain reliever, for a cold, take a decongestant, for stress try a Valium, for depression, any number of colored pills. With minor exceptions, anything having to do with consciousness, spirituality, and subtle energy fields is left for religious interpretation or considered fringe science at best. But so was electricity and magnetism just a few hundred years ago. As our awareness of finer forces in this ascending age grows deeper, we can expect that still subtler forces and fields (such as the human bio-field and consciousness) will take on increasing scientific importance. 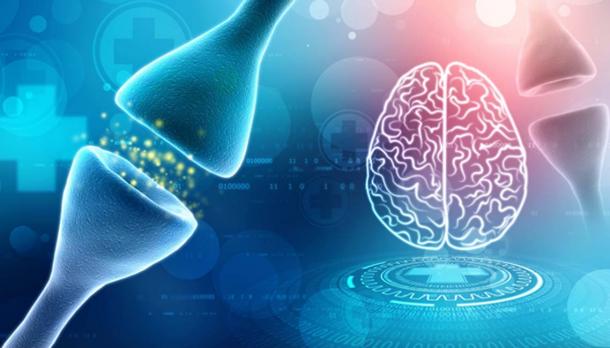 For thousands of years, Eastern medical practitioners have espoused the idea that the body is more than just the sum of its physical parts. They say that man has an energy or spiritual body that supports and transcends the physical vehicle. They even recognize energy centers (chakras) and energy flow lines (meridians) as part of the structure of this more subtle body. This is all something that predates Western physical medicine and stretches far back into the distant past of the Asian cultures, probably to a higher age. Acupuncture and acupressure are two of the better-known and respected ancient treatment procedures that deal with the subtle body and its energies. Many yogic practices too are based on the idea of awakening the relationship between the physical and subtle bodies, by opening certain energy centers located in the subtle (non-physical) spine. In ancient texts this latent energy is often described as a “serpent” coiled at the base of the spine. It is so powerful that when it is focused at the lower chakra (energy center) it can cause pleasurable feelings, like sex; and this vital essence is essential to creating babies.  And when activated and brought up the spine through conscious disciplines or methods such as Kriya Yoga (or even at times, spontaneously), it can foster tremendous creativity or very high states of consciousness, including samadhi, a level of joy, awareness, and transcendence that gives whole new meaning to the term finer forces . I practice Kriya and it has spontaneously provided many of the concepts in this book.

In ancient China, knowledge of these finer forces was well developed. Most of us in the West have heard about the Chinese I Ching , but more as a fortune telling game than anything more meaningful. In her book, Asian Longevity Secrets , Ping Wu, M.D., gives us a glimpse into the deeper wisdom of ancient China:

‘Five thousand years ago, the Taoists sages of China formulated the understanding of the laws of the universe, the Oracle of Changes (I Ching), and the complex acupuncture meridians as the paths of energy through the human body…

It is remarkable that today modern science and technology have confirmed the validity of these ancient perceptions of the world and the human body. It has been found that the meridians of the ancients correspond to paths in the body with low electrical resistance, even though the meridians are not found in modern physiology to correspond to any physical structures, i.e., blood vessels, lymph nodes, or nerves.

More amazing, it has also been found (around 1969 independently by Dr. Gunther Stent, Dr. Martin Schönberger. Dr. Marie-Louise von Franz, and others) that the 64 I Ching code is identical to the genetic code of DNA, which describes the entire living world and was discovered less than fifty years ago. 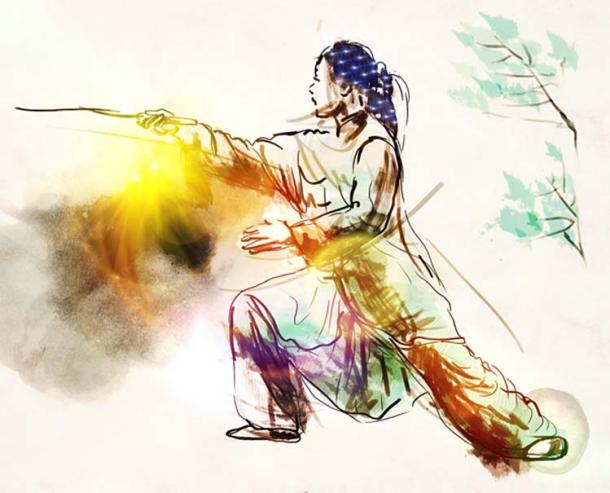 Read More:Proven: Electromagnetic Frequencies Can Cause Harm And Serious Changes To Our Behavior- Is This Why So Many Seem To Be Losing Their Minds?

Read More:Do Meditation And Altered States Bring You Closer To God, Or Is It Divine Knowledge Humans Were Not Supposed To Have Access To Until The Appointed Time?