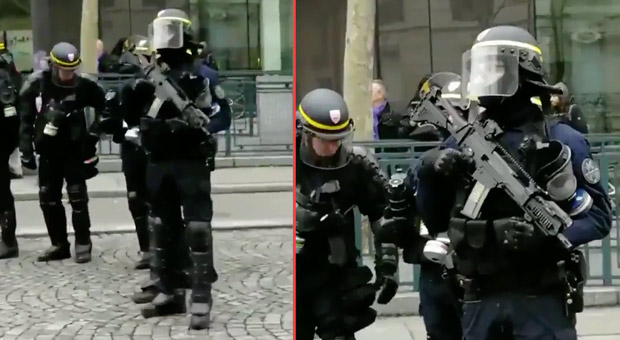 Riot police descended on Parisian streets over the weekend to “control the crowds” of Gilet Jaunes or Yellow Vests – named after the bright high-visibility clothing. 5000 police were deployed on the streets of the French capital with officers seen marching with live ammunition 30 cartridge magazines, although none were reportedly used.
Yellow Vest protestor Gilles Caron describes the move as “troubling,” saying: “The CRS with the guns were wearing riot control helmets and body armor – they were not a specialized firearms unit.

French President Emmanuel Macron has deployed riot police armed with “anti-terrorist” semi-automatic assault rifles, using live ammunition, to deal with the Yellow Vest protesters on the streets of France. Officers were filmed brandishing the deadly weapons by Arc de Triomphe in Paris on Sunday, as Macron’s law and order crisis spirals out of control. Anti-terror police were deployed carrying Heckler & Koch G36 assault rifles by the Arc de Triomphe in Paris on Saturday afternoon during at a demonstration by unarmed French citizens against President Macron’s globalist policies. The move comes after former French minister Luc Ferry called for police to use live fire and employ “shoot-to-kill” tactics against the “thugs” from the Yellow Vest movement, claiming that killing them would “put an end the violence.” 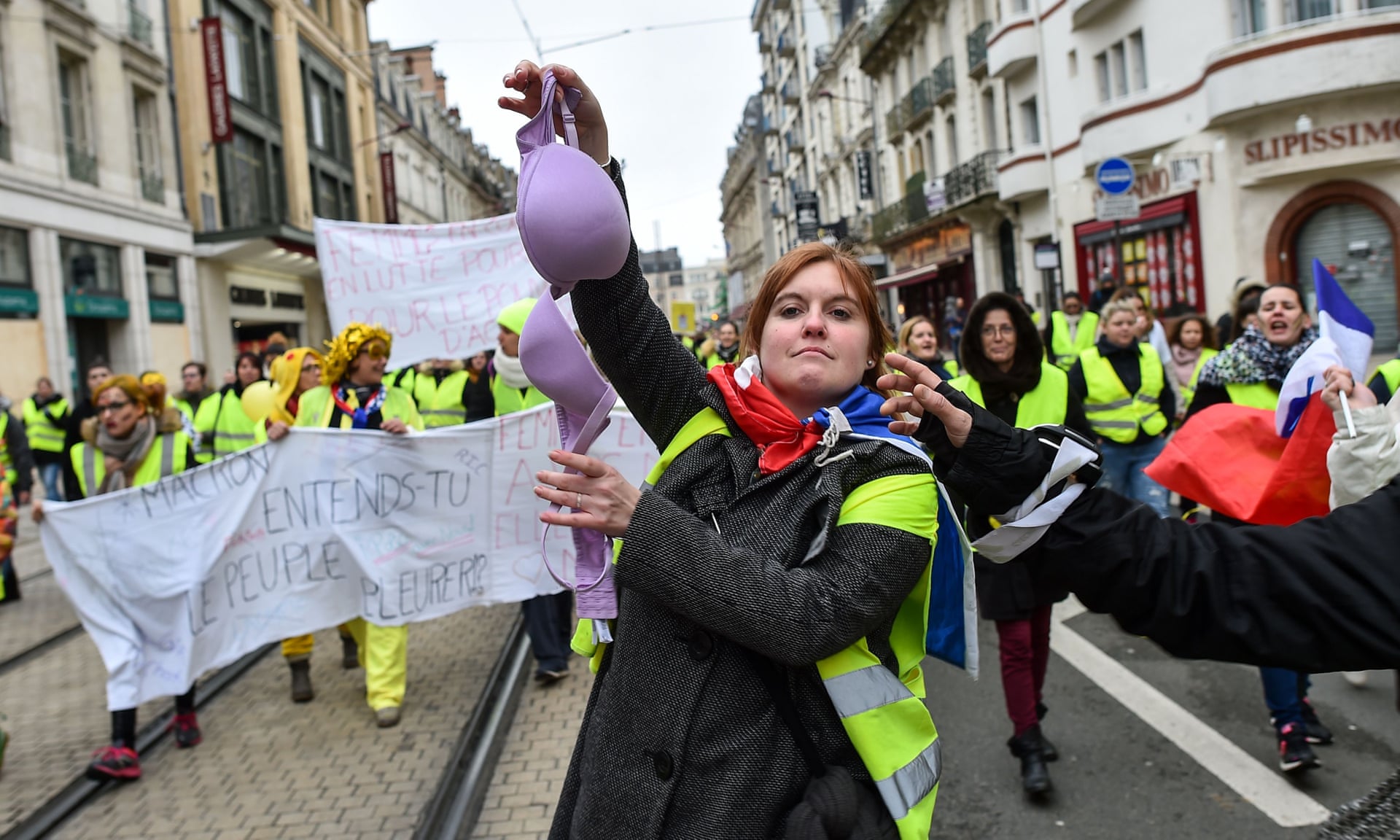 “Their job was simply to threaten us with lethal weapons in a manner which is very troubling. “We deserve some explanations.”
According to the Daily Mail, the CRS is known for their tough approach to policing, frequently using distinctively wide-barrelled guns to fire flash-ball projectiles and tear gas canisters. But until now, the guns used have mainly been associated with specialist military units, as well as the elite GIPN police intervention squads, and the BAC anti-criminal brigade. A French National Police spokesman confirmed that the CRS was equipped with H&K G36s on Saturday, but would not discuss their operational use “for security reasons.”
A G36 was stolen from inside a police van during a similar Yellow Vest demonstration by the Arc de Triomphe on December 1. A number of vehicles belonging to the 21stIntervention Company of the Paris Prefecture were stormed, suggesting that the theft was an opportunistic one during a day of intense violence when the Arc de Triomphe itself was vandalized. Similar protests were seen around the world over the weekend, with large Yellow Vest protests taking place in London, UK. Avoid Internet censorship by subscribing to us directly Demonstrators gathered in central London and across the country for an anti-austerity and pro-Brexit march organized by The People’s Assembly Against Austerity, which is calling for a general election. 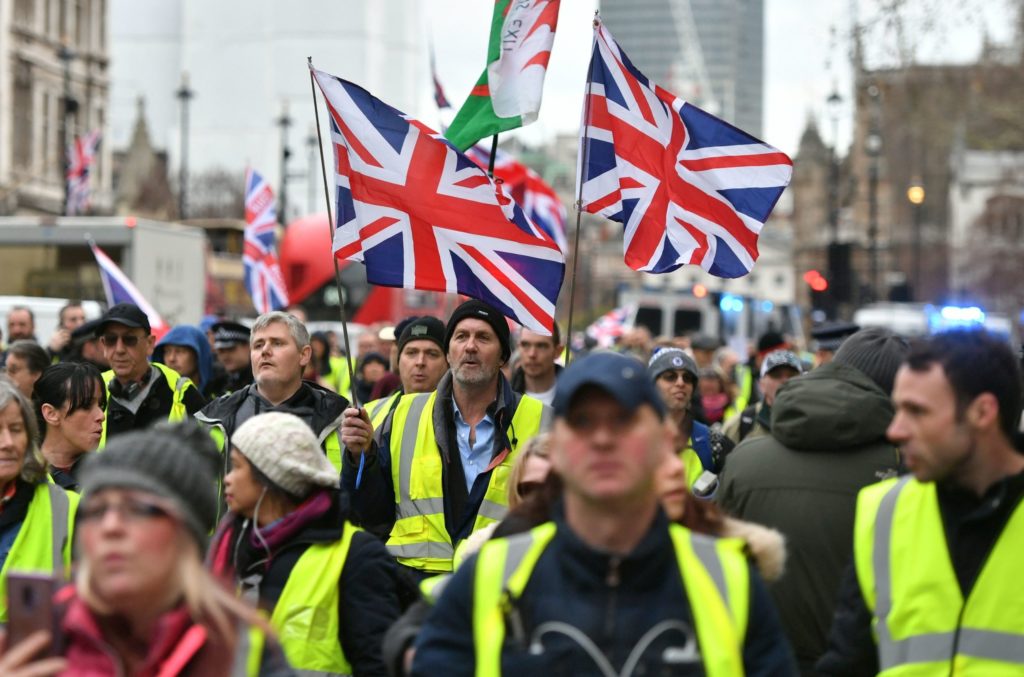 Last week, Luc Ferry, who was France’s education minister in the early 2000s, responded to a series of attacks on police by the Yellow Vests by calling for live fire against them. Mr. Ferry, who is now a full-time philosopher, said: “What I don’t understand is that we don’t give the means to the police to put an end to this violence.” When it was suggested that guns might lead to wounding or worse, Mr. Ferry said: “So what? Listen, frankly, when you see guys beating up an unfortunate policeman on the floor, that’s when they should use their weapons once and for all! “That’s enough.” Police officers were deployed in major cities across France, including Paris, on Saturday during an Act 9 Day of Rage by the Yellow Vests, who have pledged to continue their campaign calling for social, political and economic reforms indefinitely. Mr. Macron’s government has launched a crackdown on their methods, pledging a new anti-protest law to deal with them.
Original Article: https://neonnettle.com/news/6190-macron-deploys-police-with-semi-automatic-guns-against-unarmed-yellow-vests
Read More:Macron Pushes For EU Army
Read More:As Predicted: Armored Vehicles Bearing EU Army Symbol Deployed On French Streets Amid Civilian Protests Of The Globalist Agenda: The Smackdown Begins
Read More:Eiffel Tower Seen Shrouded In Smoke As EU Army And Anti-Globalist Protestors Clash In Bloody Brawl
Read More:French PM Announces Tough New Policies To Counter Anti-Globalist Protest
Read More:French TV News Caught Doctoring Images Of Yellow Vest Protests
Read More:Yellow Vest Protestors Call For Bank Run In France