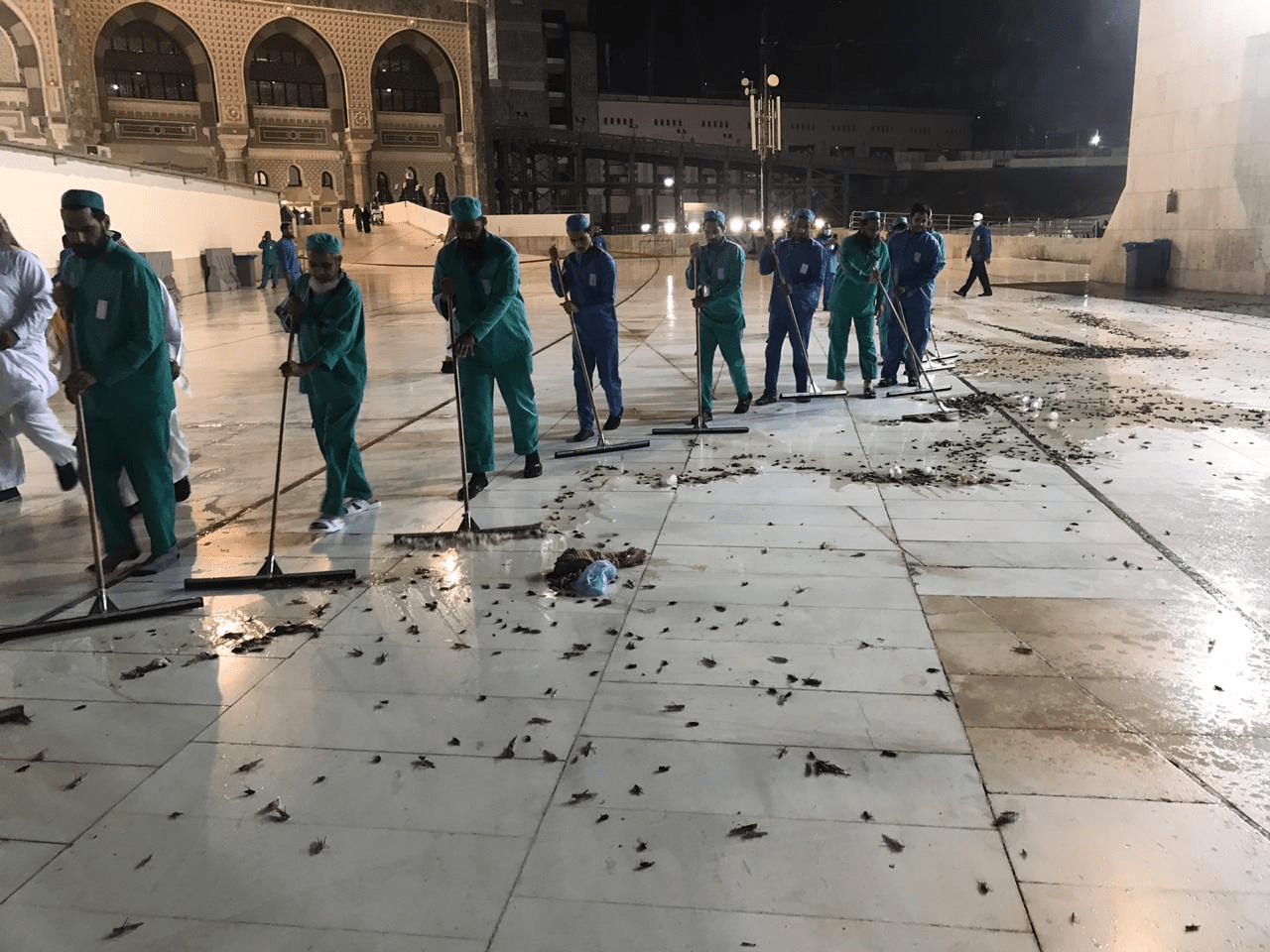 A massive swarm of locusts plagued Mecca, Saudi Arabia, earlier this week, prompting authorities at Islam’s holiest site to launch a cleaning operation to remove them.

Videos posted to social media showed the insects swarming around cleaners and worshipers in the city’s Grand Mosque, where millions of Muslim pilgrims congregate every year.

“Specialized teams have been directed to work in the fight to eliminate these insects,” authorities in Mecca said, according to the Al-Araby Al-Jadeed news site.

“We have harnessed all efforts available to speed up the eradication of the insects in the interest of the safety and comfort of guests of God’s house,” the authorities said.

According to CNN, officials identified the locusts as migratory “black grasshoppers” and said that 22 teams consisting of 138 people were dispatched to deal with the infestation.