A powerful intergalactic telescope used by astronomers in Canada has recorded 13 mysterious radio signals emanating from a distant galaxy, and the origin and nature of the radio waves is baffling scientists.

The new curious cosmic findings have been published in two papers in the journal Nature, ( here and here), and describe 13 fast radio bursts (FRBs) which caused an unusual “repeating signal.” It is believed these FRB’s emanated from a source located about 1.5 billion light years away and Ingrid Stairs, an astrophysicist from the University of British Columbia (UBC), told reporters at The BBC , “Such an event has only been reported once before.” 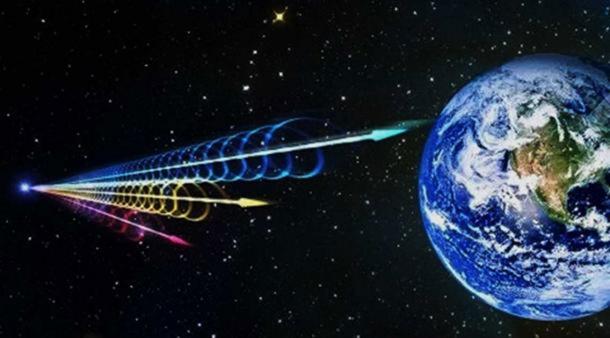 The Okanagan Valley in British Columbia is home to the CHIME observatory where four, 100-meter-long (328-foot-long), semi-cylindrical antennas scan the northern sky every day. As soon as this advanced detection system was switched on last year it detected “13 of the radio bursts almost immediately, including the repeater” and Stairs added “With more repeaters and more sources available for study, astronomers will now be able to better understand where they’re from and what causes them.”

Questing the Extraterrestrial Origins of the Mysterious FRBs

“Whatever the source of these radio waves is, it’s interesting to see how wide a range of frequencies it can produce.”

The FRBs are thought to have come from a neutron star moving through “an extremely powerful magnetic field” and a report in IFLScience quotes Cherry Ng, an astronomer at the University of Toronto, who suggests the signals were created in a “dense clump like a supernova remnant. Or near the central black hole in a galaxy.” 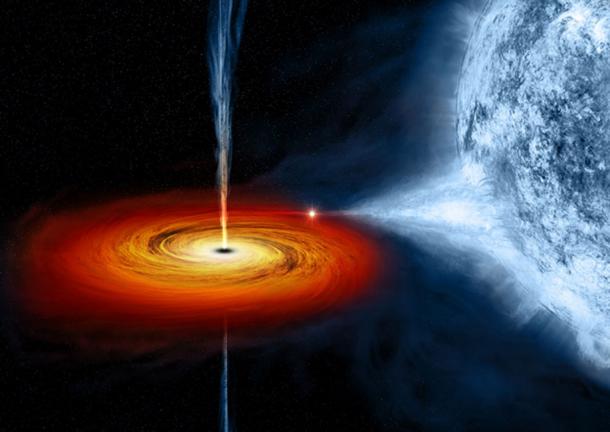 While astrophysicists and astronomers seek the chemical origins of the mysterious FRBs, an article in The Guardian refers to a 2017 report by Prof Avi Loeb, from the Harvard-Smithsonian center for astrophysics, who maintained:

“Science isn’t a matter of belief, it’s a matter of evidence. Deciding what’s likely ahead of time limits the possibilities. It’s worth putting ideas out there and letting the data be the judge.”

Loeb proposed a series of suggestions that completely smashed the ‘scientific firewall’; he theorized that FRBs might be “evidence of incredibly advanced alien technology.” As if that were not enough to make traditional scientists spin in their lab coats, Loeb added, “FRBs could be leakage from planet-sized alien transmitters.” When cross-examined as to what the energy might be used for, he proposed that it was used to propel “giant spaceships powered by light sails which bounce light, or in this case radio beams, off a huge reflective sheet to provide thrust.”

The Infinity and Safety of Scientific Theories: Aliens Accepted at the Top

Loeb’s comments highlight the intellectual hierarchy of academics and scientists: when amateur researchers and authors play with the notion that alien races ‘might’ exist , their ideas are quickly rejected as being ‘off the wall’, but when a professor stands up and makes similar claims, so long as the idea is framed as a ‘theory’ they are at liberty to safely say whatever they like, retaining their reputation as they expound their concepts.

Ironically, even the most radical alien and extraterrestrial ideas generally come from the top down; from the white coats to the blue collars. A great example of this is the Dyson Sphere or swarm, first proposed by theoretical physicist Freeman Dyson in 1960, in which a hypothetical shell or matrix of satellites encases or surrounds a star and harnesses its energy.

Dyson himself favors the ‘swarm theory’ where many thousands of solar energy-gathering satellites orbit around the star, tethered together, beaming huge amounts of energy to a central capacitor. A solid shell surrounding a star, according to Dyson, “would be unable to hold its structural integrity; while the equatorial region might remain stable, at the poles, gravity would collapse the structure.” 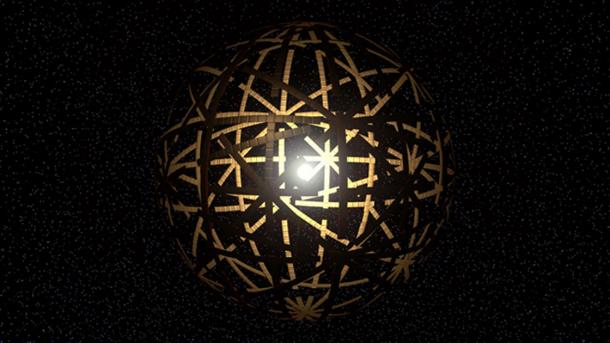 Dyson’s ‘theory’ seeded a genre of television shows and books and it is now believed by many to hold the connotation that advanced extraterrestrial races have already built such structures, often supported by fact that the SETI Institute in California, USA, lookout for Dyson spheres, and Fermilab near Chicago, are trying to ascertain “the likelihood of the existence of Dyson spheres.”

So long as the world’s leading scientists endorse theoretical thinking about advanced alien technologies, of course a majority of American’s will continue to believe, and want for, extraterrestrials.