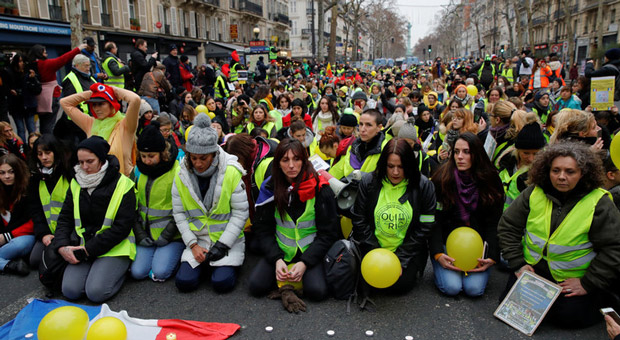 French Prime Minister Edouard Philippe has announced the government is planning to impose tough new laws against “unauthorized” protests in an attempt to counter the recent Yellow Vest uprising against President Macron’s globalist policies. The new measures are intended to crack down on anti-government protest and give tougher punishments for protesters in the wake of the Yellow Vest demonstrations which began in November. Under the new laws, punishment for people who participate in “unauthorized protests” will increase significantly, Philippe said, while adding that it was still “necessary to preserve the freedom” to demonstrate in France. Those who want to protest peacefully should not be punished, he added. The announcement is part of new “public order” measures unveiled by the government after the Yellow Vest protests turned into violent clashes with police. 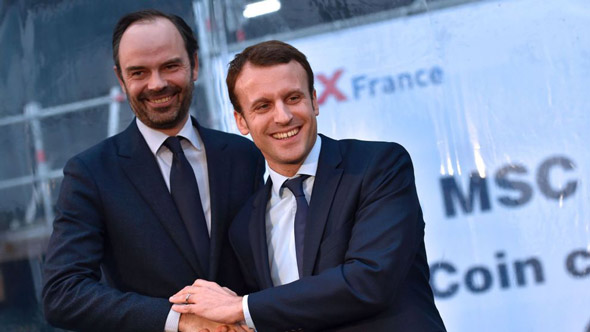 According to RT, Philippe’s office said in a statement on Monday that the government would take “a very firm stance” against the “continued unacceptable violence across the country.”
Philippe also told channel TF1 that a major police force of 80,000 will be deployed in France next Saturday, including 5,000 in Paris. Over 1,000 people have already been charged in connection with the protests and rioting, he added. “Over 1,000 sentences have been given in total. Around 5,600 people have been detained since the beginning of the [Yellow Vest] movement,” Philippe said. “We cannot accept that some people take advantage of these demonstrations to break, to burn,” he stressed. 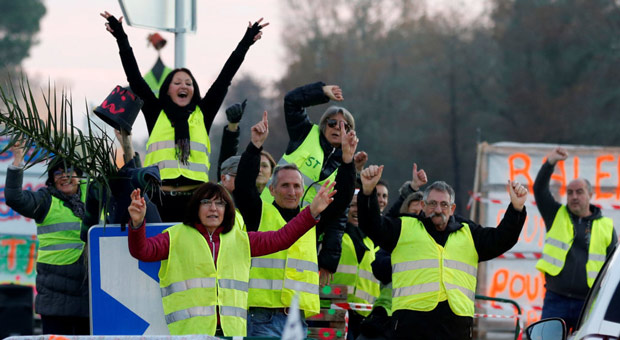 The newly announced measures to curb the nationwide protest movement received mixed reactions. While Mayor of Toulouse Jean-Luc Moudenc said he was “satisfied” with Philippe’s move, opposition politicians such as Jean-Luc Mélenchon sarcastically claimed that the PM is totally disconnected from reality. “The king of the Shadocks is in Matignon,” Mélenchon said referring to the popular animated series where ignorant bird-like creatures live on their own planet, and the Matignon Palace, the official residence of the prime minister. “PM promises more arrests? We want more purchasing power!” tweeted national secretary of the French Communist Party (PCF) Fabien Roussel. French politician Clementine Autain even wondered if the PM was “hallucinating.” Although the country’s interior minister Christophe Castaner said he’s “fully behind” the prime minister’s proposal, the president of The Republicans Laurent Wauquiez seemed disappointed and has called for a return to the state of emergency to immediately “restore order” in France. Yellow Vest activists, by and large, were furious. “People will keep this government the image of the bloody repression of a citizen movement,” one social media user tweeted. “I am ashamed of my France for this repression. Long live the yellow vests!” said another.