In conjunction with the efforts to directly address the abuses of the Deep Swamp filths, the Trump administration has advised the general public to be prepared against an “increasing threats — whether severe natural disasters, cyber-physical attacks, electromagnetic events, or some combination”, which “present new challenges for protecting the national power grid and recovering quickly from a catastrophic power outage.” 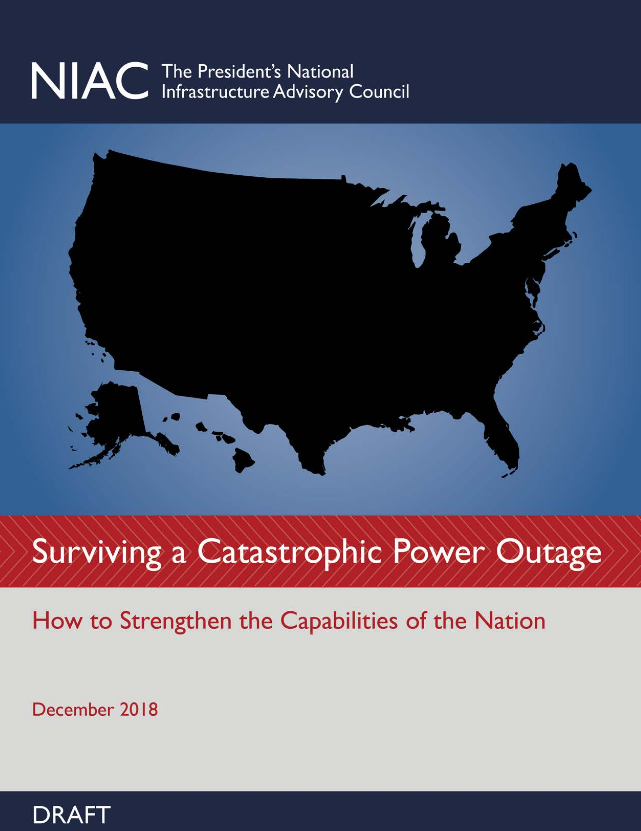 The President’s National Infrastructure Advisory Council (NIAC) was tasked to examine the nation’s ability to respond to and recover from a catastrophic power outage of a magnitude beyond modern experience, exceeding prior events in severity, scale, duration, and consequence.” -NIAC Advisory, December 2018

This advisory has been distributed for purposes of mitigating the potential damages arising from any Deep State retaliation as the critical foundations of the criminal cabal, i.e., political and financial, are in the final stages of being brought down.

In the last few weeks, there have been a slew of directed energy weapons attack, e.g. California “Wildfire” and the NY “power transformer breakdown”, which when investigated further than the mainstream media is telling the public paints a totally different picture. 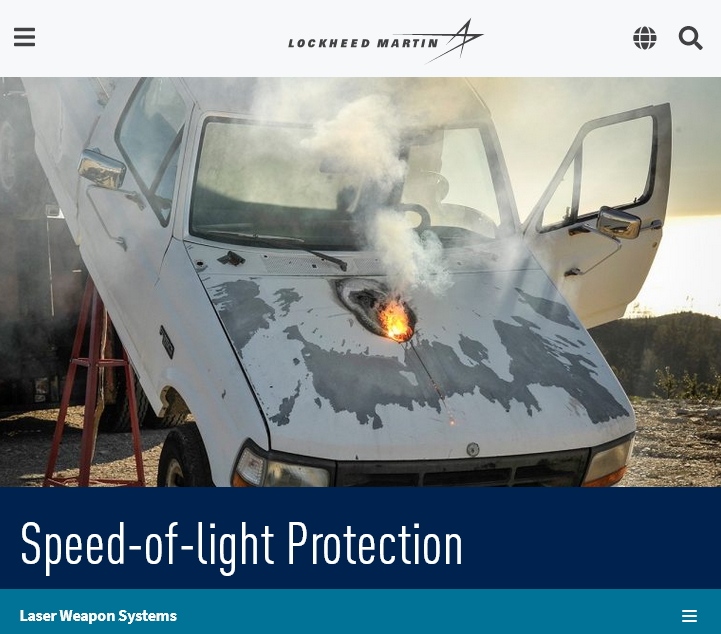 Harnessing the Power of Lasers

Lockheed Martin is moving at light speed to position these capable systems for success on the battlefield. We have developed innovative fiber lasers, sophisticated beam control and auxiliary technologies. Combined with expert platform integration, these advances enable offensive and defensive capabilities against a growing range of threats to military forces and infrastructure.

Our technology today is ready to defend against small rockets, artillery shells and mortars, small unmanned aerial vehicles, small attack boats and lightweight ground vehicles that are approximately a mile way. As fiber laser power levels increase, our systems will be able to disable larger threats and do so across greater distances. When operated in conjunction with kinetic energy systems, these systems can serve as a force multiplier.

Positioned for Success on the Battlefield

“Our fiber lasers operate with an efficiency that generates less heat and exists in a smaller package allowing easier incorporation into various defense platforms. Our ALADIN laser has operated in the field for two years with no need for realignment, proving both the lethality and the reliability of our solutions.” 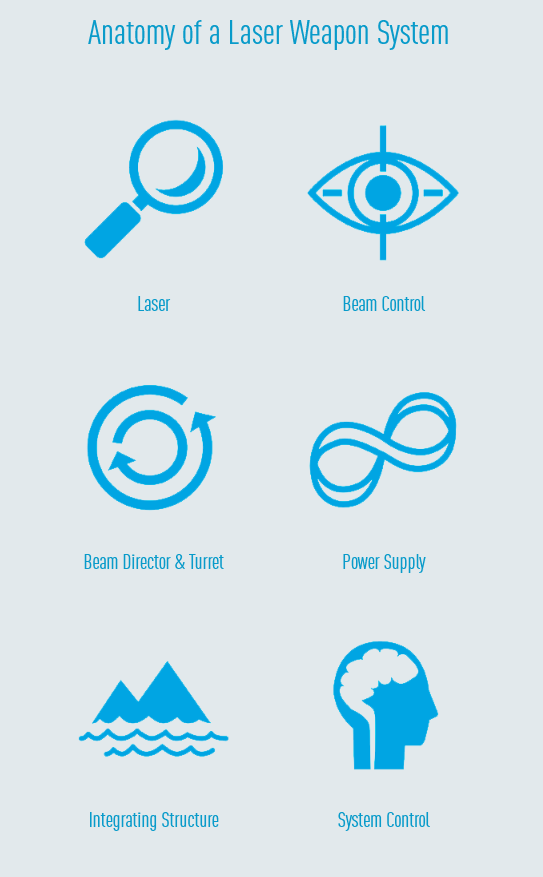 So, it’s not just science fiction anymore. They’ve been using this technology in all its variants for controlling the weather, injecting earthquakes, agitating dormant volcanoes, altering our mood and outright mind control, at least that’s how proud they are in showcasing their logos, or icons, above,  having earned the bragging rights to their maniacal appetite for global domination.

How Does A Directed Energy Weapon [DEW] work?

The mechanics of how the directed energy weaponry works is simple enough for most people to understand. Here are the steps to do it:

Tesla lighting up the night sky? Well, here’s that same technology being blamed to a “power monitoring system malfunction”…

Aside from this DEW attack on a New York power plant, the FCC has also launched a federal investigation into telecommunications company CenturyLink after a failure of the company’s systems in Louisiana led to 911 outages across the US on Thursday, December 27/28th.

Customers in several areas were left without internet , and vital services like 911 were down temporarily, with local police departments urging residents to call their local numbers with emergencies.

FCC Chairman Ajit Pai has ordered the investigation, calling the outage “completely unacceptable, and its breadth and duration are particularly troubling (though he may need to wait until the government shutdown is ended before the investigation can begin in earnest).”

Incidentally, the heat generating microwave frequency is allocated under the S-Band alongside your Bluetooth headphones and all other mobile devices. But it is still considered a conspiracy theory that you’re being induced with brain tumors from using these consumer gadgetry.

These directed energy weapons can also be scaled down for the infantry:

“These advanced weapon sights will allow soldiers to conduct surveillance and acquire targets in any light or weather conditions, increasing mission safety and effectiveness,” said Marc Casseres, director of Imaging and Aiming Solutions at BAE Systems. “This production order means that soldiers are one step closer to receiving this mission-critical technology for use in-theater.”

The BAE Systems-developed FWS-I solution integrates the company’s first-to-market 12-mircon technology, which helps make its offering smaller and lighter while providing superior image quality. The uncooled infrared thermal weapon sight allows soldiers to clearly view targets at more than 1,000 meters away. The clip-on sight can be mounted on an M4 carbine, M16A4 rifle, M249 Squad Automatic Weapon, M136 AT4 rifle, or M141 Bunker Defeat. It can also seamlessly connect with the ENVG III for increased survivability and lethality.

When combined with the ENVG III system, BAE Systems’ FWS-I and Rapid Target Acquisition (RTA) Module solution can greatly reduce target engagement time. The innovative RTA solution uses a wireless connection to integrate the weapon sight view directly into the soldier’s goggle so targets can be quickly located and engaged from any carry position, without needing to raise the weapon to the eye. This allows soldiers to accurately engage targets while still maintaining full cover.

It is important to understand that when it comes to electromagnetics, it is just a matter of varying the frequency and raising the amplitude of the signal being emitted to achieve a specific purpose. The vehicle to deliver the lethal and non-lethal signals could come from the same equipment.

Due to its built-in plausible deniability, it is highly imperative for the public to have a government under the care of people with high integrity always. But, are they still around?

Current developments indicates that they are still here. In fact, they have bonded and acted together to put the Deep State filths in the right place.

Read More:If America Was Struck By EMP, Either Weapon Or Celestial- Nuclear Reactors Around The US Would Be A Death Sentance

Read More:DoD Source Claims 80% Probability Of Another Carrington Event Happening Before Oct. 1st: THIS Is Why Solar Observatories Are Being Shut Down