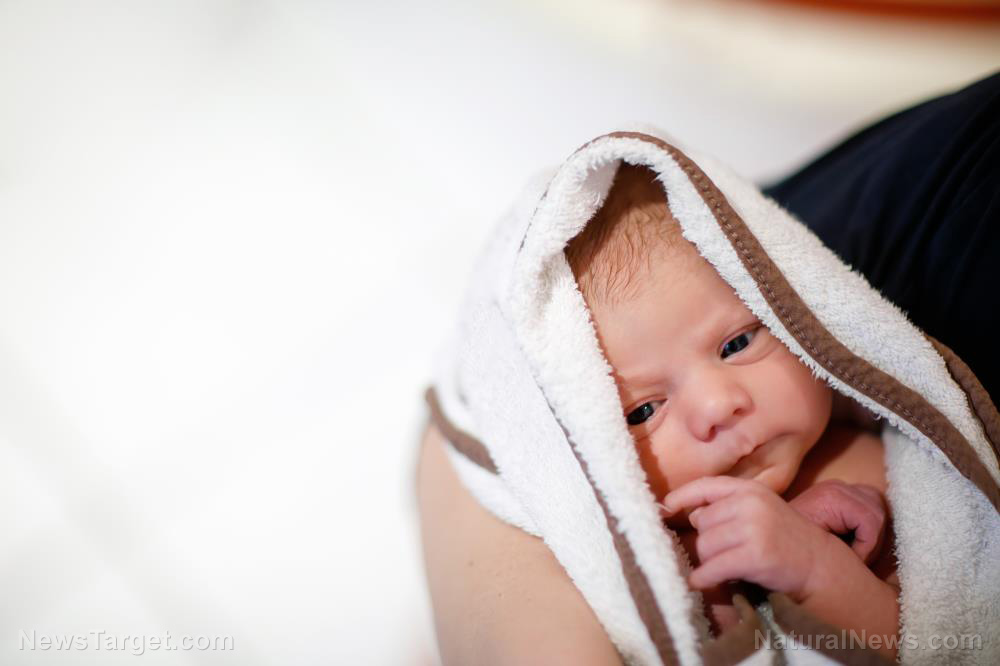 You may recall it was barely two weeks ago that the New York Times published an op-ed applauding the extermination of the human race as a way to “save the planet.” Now, The UK Guardian, a globalist-run propaganda rag that despises human freedom, has published a story saying that declining birth rates of human babies is a “cause for celebration.”

“Declining fertility rates around the world should be cause for celebration, not alarm, a leading expert has said,” reports the UK Guardian.

The story cites Sarah Harper, a former director of the Royal Institution, a globalist-run depopulation front group, who explains that, “far from igniting alarm and panic falling total fertility rates were to be embraced, and countries should not worry if their population is not growing.”

Incredibly, Sarah Harper cites the rise of AI (Artificial Intelligence) and illegal immigration as reasons why human fertility doesn’t matter anymore. Apparently, she thinks that Third World illegals and self-aware machines will replace the humans in developing nations. That’s exactly why these globalists want open borders, by the way… to overrun First World nations and populate them with low-education masses that are easy to control (and easy for globalists to exterminate).

Giving birth to human babies to sustain human society, “is really old thinking,” she explains in the UK Guardian article. “All the evidence is, that if families, households, societies, countries have to deal with large numbers of dependants, it takes away resources that could be put into driving society, the economy etc.,” she stated. In other words, Harper is arguing that having human babies is holding back society, and that real “progress” requires shutting down reproductive fertility.

spontaneous abortions. Glyphosate interferes with human fertility. Social media isolates people from each other so they can’t reproduce, and prescription medications cause early death. It looks like things are right on track for anyone who despises humanity and wants to see the collapse of human civilization.

Making babies is bad for the planet, claim anti-human globalists

The paper goes on to parrot the globalist line that claims giving birth to human babies will destroy the planet. This is a frequent argument of the anti-humanists who see the extermination of humankind as their pathway to utopia (not realizing they, too, will be exterminated). As The Guardian writes:

Having fewer children is also undoubtedly positive from an environmental point of view; recent research has found that having one fewer child reduces a parent’s carbon footprint by 58 tonnes of CO2 a year.

Carbon dioxide, of course, is the single most important nutrient for supporting plant life on planet Earth, and higher CO2 levels in the atmosphere would unleash worldwide abundance of rainforests, food crops and ecological diversity. Globalist-run anti-human papers like The Guardian, of course, are all ordered to attack carbon dioxide as a poison in order to vilify botany and accelerate the collapse of the global food web.

As I explained in this hugely important article — The inescapable explanation that connects all world events unfolding now — globalists are now working to achieve the “efficient extermination” of humankind. That’s why The Guardian is celebrating plummeting human fertility while attacking carbon dioxide. The globalist-run media is also currently promoting geoengineering experiments to dim the sun by releasing pollution into the stratosphere. The purpose of this is, of course, to shut down photosynthesis and collapse the world food supply, causing the mass starvation of humankind.

The war on humanity is here

Over the last month or so, I’ve gone public with my warning that an actual eugenics war is being waged against humanity. This war is not merely a war to enslave and control the masses but to exterminate humanity altogether. A cosmic ethnic cleansing is under way, and humanity is scheduled to be “efficiently exterminated” and removed from existence.

The purpose of this agenda is exactly what the globalists say it is: To “save the planet” … but not for humans. The goal is to save the planet from humans.

As my convergence article explains:

Inescapably, a core feature of everything happening today is an anti-human agenda to exterminate humankind. Every major trend taking place today is preparing humankind for a mass extermination event, making sure humans cannot fight back, think for themselves or even reproduce. With the food supply poisoned, male biology attacked and nullified, and even the power to think systematically compromised, the human race has been turned into a slave farm of obedient sheeple, ready to be harvested or eliminated for reasons that are further explored below.

Watch as the anti-human, globalist media continues to celebrate the collapse of human sustainability

You’re already starting to see the globalist-run media celebrating the collapse of human fertility while saying the extermination of humankind might be a “good” thing for the planet. This propaganda effort will only accelerate in 2019 and beyond.

Soon, you’re going to see the same left-wing lunatics who currently claim gender is an artificial construct — a convenient contrivance to vilify sexual reproduction — attacking parents for having any children at all. Even giving birth to a single child will be portrayed as an attack on “the climate,” and in time, the same left-wing violent mobs that attack people for loving their country will start murdering people solely because they have babies.

Babies will be vilified as destroyers of Earth, and parents with babies will be condemned and even physically assaulted in public in exactly the same way that Trump supporters are vilified and assaulted today. Newspapers will argue that parents who have children are “selfish” and “narcissistic” for wanting to raise children who will “steal resources from society” for their very existence. In fact, that’s precisely what Susan Harper is already arguing in The Guardian article cited above.

There is no limit to the insanity of the Left Cult, and it’s now abundantly clear that Leftists have been brainwashed into a kind of suicide pact that celebrates the extermination of humanity in the name of “saving the planet.”

What they haven’t been told, of course, is that the planet isn’t being saved for humans… and that even left-wing humans are also slated for extermination once their usefulness has run its course.

This Nazi propaganda poster argues for the euthanizing of people who have illnesses, saying the money should be invested in society rather than treating the sick:

You are sharing the load

A person with a hereditary disease costs on average RM 50,000 by the time they reach their 60th birthday.

If we don’t stop the globalists, they will exterminate humankind

In summary, if we do not defeat the globalists currently running our world, they will do everything in their power to utterly eliminate humankind from the cosmos. From their point of view, babies are the enemy and must be dissuaded or destroyed (via abortions and otherwise). Sexual reproduction is the enemy, and only gay, trans and gender-fluid individuals are allowed to occupy prominent positions in human culture. Vaccine shots will continue to be laced with infertility drugs, just as scientific laboratories have repeatedly confirmed is happening in Africa under the watchful eye of the United Nations, an anti-human organization that now seeks the global enslavement and termination of human beings.

In the end, if awake and aware humans do not stop the globalists who are deliberately destroying our world, our civilization and our species, they will succeed in ending the human race forever. This is their goal, and it explains why everything you witness in media, news, pop culture and left-wing politics is deliberately designed to achieve destruction, collapse, starvation, destitution, disease and death.

This is their plan. And so far they are carrying it out with almost no resistance whatsoever. Will humanity wake up and realize what’s happening before it’s too late?

Read More:It Has Always Been Part Of The Plan: The UN’s First Director-General Advocated Population Control

Read More:Group Of Scientists Gave Standing Ovation For Plan To Kill 90% Of The Population With Airborne Ebola Virus

Read More:Depopulation Agenda At Work: 2015 Had Lowest Fertility Rate Ever Recorded- Down 600,000 Births

Read More:Euthansia As A Normal Procedure? Global Elderly Population To More Than Double By 2050

Read More:Secrets Of The Georgia Guidestones

Watch More:Georgia Guidestones: The Commandments Of The New Age