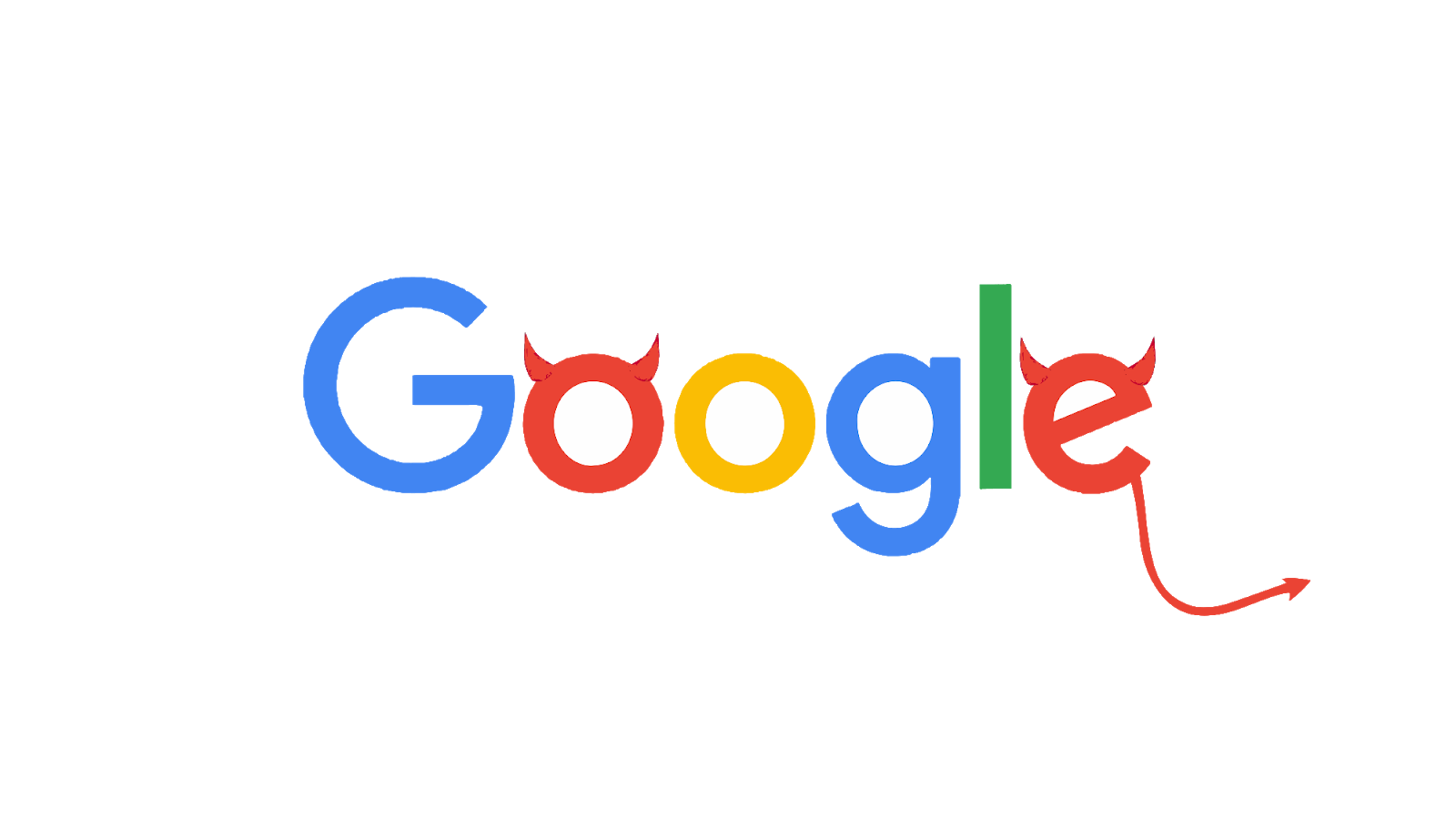 On Thursday, National Religious Broadcasters (NRB) President Jerry Johnson sent a final ultimatum to the CEOs of Apple, Facebook, Google, and Twitter, warning that if the big tech companies do not cease their censorship of Christian and conservative viewpoints, he would lead his organization’s 60 million members in a campaign to remove legal protections Congress gave these companies under Section 230 of the Communications Decency Act.

The companies deny their patterns of bias against conservatives and Christians, but Johnson begged to differ.

“We have documented over many years that they are consistently censoring political debate between conservatives and liberals, religious and philosophical debate between Christians and non-Chirstians, on issues like life, marriage, and Islamic terrorism,” Johnson told PJ Media on Monday. He also insisted that none of the companies responded to his letter.

That letter reiterated an ultimatum from September, in which Johnson set a concrete deadline of December 31, 2018.

If Apple, Facebook, Google, and Twitter “do not take concrete action against censorship of Christian and conservative viewpoints by the end of this calendar year, then NRB will be calling for new hearings,” Johnson said in a statement Monday.

“Specifically, we will call for a review of the ‘Good Samaritan’ section of Section 230 of the Communications Decency Act.”

“We prefer not to do that,” the NRB president told PJ Media. “We are asking them to acknowledge the problem and adopt a voluntary free speech charter which would say, ‘This is a free speech zone.'”

The companies did not acknowledge the problem, however. “We’ll review the letter, but I want to emphasize that we apply our rules equally across the platform,” a Twitter spokesperson told PJ Media.

The representative pointed to a post from July denying the practice of “shadow banning” on Twitter and a link to Twitter CEO Jack Dorsey’s September testimony.

Kelly has used his reinstated Twitter account to call out the continued censorship of conservative voices across the tech sphere. On Monday, he warned that YouTube’s ban on Proud Boys founder Gavin McInnes should concern all “right-leaning” people who make their living in the media world.

Facebook’s response proved even more vague and unsatisfactory than Twitter’s.

“We want to hear from all organizations regarding their concerns and always want an open conversation about how we can build trust,” a spokesperson told PJ Media.

“We do everything we can to make sure our teams uphold the integrity of our products.”

The Facebook spokesperson did not address the company’s most recent act of censorship, rejecting the Susan B. Anthony List’s pro-life ads.

Contrary to the denials, Johnson insisted “it’s very clear there is a pattern, and that pattern does not exist on the Left.”

“Marsha Blackburn obviously was a sitting U.S. congresswoman announcing her campaign; they pulled the Twitter link of her campaign announcement that day because she mentioned Planned Parenthood!” he lamented.

The NRB president also noted that if Americans go to the public library to access PragerU videos on Google’s video platform YouTube, “they’re put in the pornography and gambling classification,” because access to the videos is restricted.

YouTube also flagged and deleted NRBTV’s live stream last January. “They never gave an adequate explanation. It had something to do with terrorism,” Johnson said.

“When you see Marsha Blackburn, [former Arkansas Governor] Mike Huckabee, and [Fox News columnist] Todd Starnes, … is there a comparable list on the Left? Is [MSNBC host] Al Sharpton being blocked? Has the ACLU been blocked? Has Planned Parenthood been blocked? They’re not censoring [MSNBC host] Rachel Maddow,” Johnson said.

The NRB president also faulted big tech companies for working with the Southern Poverty Law Center (SPLC), a far-Left organization that lists mainstream conservative and Christian groups along with the Ku Klux Klan on the same “hate group” list. That list actually inspired a terrorist attack in 2012.

“The man who attacked the Family Research Council [FRC] and shot up their security guard and meant to shoot up their employees said he got their address from the SPLC ‘hate map,'” Johnson recalled.

“It’s fascinating that they would be using their platform to label haters but then actually haters are using that platform to attack conservative and Christian organizations.”

The NRB president noted that conservatives and liberals are considering a few different proposals to rein in the power of big tech companies. He rejected the ideas of “trust-busting” and using a legal “transparency regime” — because both of those would increase government control.

“I just don’t think that’s the first place we ought to go,” Johnson said. “I’m cautious about busting up companies or creating a regulatory regime.”

Instead, the NRB president plans to target big tech’s legal immunity for the speech on their platforms. Apple, Facebook, Google, and Twitter “have special legal protection that others don’t have,” under Section 230.

Johnson admitted that the idea of giving big tech companies legal immunity for the speech posted on their platforms made sense in the early days.

“If someone said something ugly on Facebook, you didn’t think Facebook should be sued. It’s like if you plan a murder on the telephone, you wouldn’t think that the telephone company could be legally responsible for the murder,” he said.

Since big tech companies are already engaging in censorship, they should be held responsible for the speech on their platforms, the NRB president argued. “If they are causing injury, if they commit libel, they may be taken to court,” he explained.

“It doesn’t mean they’re guilty — they’ll have a fair trial. They’ve got to go to court just like anybody else accused of libel.”

If the Section 230 immunity is removed, big tech companies will face an onslaught of lawsuits. This “remedy” would not be good for the country, but Johnson argued it might be necessary.

“They are clearly abusing their power. The remedy for something like that is always messy.”

While many Democrats in Congress have concerns with big tech besides censorship, there is bipartisan interest in reform to Section 230.

“We’ve got plenty of allies in the mainstream,” Johnson added. “Companies like Chick-Fil-A and Cracker Barrel, and everybody who’s been censored on those platforms, like PragerU.”

Dr. Robert Epstein, a Ph.D. psychologist whose research on the effects of search engine manipulation features prominently in the recent film “The Creepy Line, cast doubt on Johnson’s solution, however.

“They do, of course, censor, and Facebook, Google, and Twitter censor conservative causes far more than they censor liberal causes.”

“Given the strong liberal bias of the companies’ leaders and employees, it’s highly unlikely that they will change their current practices based on objections any conservative might raise,” Epstein argued.

Previous studies reported by PJ Media have found similarly skewed results, along with a culture of self-censorship among conservative employees in Silicon Valley.

Importantly, Epstein added, “By the way, I’m not a conservative, and I think the censorship issue is so important that all Americans should be concerned about it, even if, at the moment, it serves their purposes.”

The psychologist admitted that big tech “sometimes” does “hide behind CDA 230, but they also hide behind the First Amendment when it suits them.”

Despite Epstein’s criticisms, an alteration of Section 230 that removes immunity from big tech companies may indeed unleash a torrent of lawsuits, and that would at least bog the companies down for a time. It would be wise for Apple, Facebook, Google, and Twitter to attempt to avoid this situation, but can anything break the liberal bubble?

Read More:Why Is Facebook Deleting Christian And Conservative Posts, But Allowing Children To Be Auctioned Off To Pedophiles?

Read More:Take That! Tech Giants Feel The Backlash For Censorship