Nikola Tesla was Ruined by Elitists Then Murdered to Stop Him from Giving Free Energy to The World:
Bankers Destroyed him to Stop His Free Energy and the Hitler’s Assassins Murdered Him for Defecting to the West.
Long ago, in 1884, a poor Serbian immigrant named Nikola Tesla arrived in the United States, at a time when America was still the land of opportunity…

Nikola may have been poor, but his ideas were destined to light up the entire world. It was Nikola Tesla, who invented alternating current, aka electric power. But that’s only what the world remembers. He invented so much more. He was one of greatest scientists in history.
Brilliance of mind, ideas beyond our time, only Leonardo da Vinci could have held a candle to Nikola Tesla. He was not only an electrical genius, he was into mysticism, x-rays, photographing thoughts, resonating planet Earth, vedic philosophy and much, much more.
Tesla invented or developed a significant number of electrical and electronic devices which were decades ahead of their time and would have been of special interest to US military and intelligence circles. Around 300 patents were issued to Tesla in 25 countries, many of them major and far-reaching in concept.
Contemporary biographers of Tesla have deemed him “the father of
physics”, “the man who invented the twentieth century”, and “the patron

saint of modern electricity”.
If society had followed up on the inventions Nikola Tesla envisioned at the turn of the century we wouldn’t have a fossil-fuel economy today. And J. P. Morgan, Rockefeller and a number of others wouldn’t have amassed extraordinary fortunes on the basis of that fossil fuel economy.Many of Tesla’s patents fell into Nazi hands prior to and during World Wars I and II.
The Morgan-Rockefeller Influence
In the early 1900s Morgan solidified control of the United States by eliminating competition with the creation of corporations, and then placing his trusted men in charge of those corporations or as members of its board of directors. Both Rockefeller and Morgan worked together to ‘monopolize’ the growing industrialized United States (Westinghouse, General Electric, U. S. Steel and similar Gigantic ‘Trusts’) during the early 1905 period (Truth About the Trusts: Book) Morgan considered himself a ‘merchant’ banker (commerce), but today he is known as the ‘Investment’ banker who became the ‘central’ banker for the United States. This is significant because Morgan’s plans and goals ultimately became the political agenda for the United States.
Tesla was considered a loose cannon and was significantly controlled; both his early laboratories were destroyed in NYC by arson, with their many ‘novelty of fact’ inventions now lost to oblivion. Morgan ultimately ‘controlled’ Tesla and prevented him from fulfilling his dream of providing ‘free energy’ for the world.
Tesla’s goals contradicted Morgan’s and ultimately Tesla was short-circuited. We now know that Tesla was finally murdered to prevent him from passing on his dream of providing ‘free energy.’

J. P. Morgan upon discovering Tesla’s intent to establish freely derived ‘energy’ from basic sources (earth, wind, water, space-time) decided to effectively ‘control’ Tesla completely. He demanded fifty-one (51%) of Tesla’s Wardencliffe Project before he provided him the money for the Shoreham, Long Island Project. When Marconi preempted Tesla, by transmitting the letter “S” via shortwave, Morgan’s suspicions were aroused and he knew instantly that Tesla’s true intent, was much more than mere transmission of ‘voice’ and recognizable ‘signals.’ Tesla actually intended to provide much, much more, including the transmission of ‘energy,’ ‘information’ (data, visual, telemetry) and to transmit all of this worldwide, without the benefaction and fealty obligation to the investment bankers (such as Morgan). Tesla’s heart was within the United States, but his soul originated in Europe, thus his aspiration was to benefit the entire planet. Morgan curtailed Tesla once and for all time, by first stopping Tesla cold. He provided no more money for any more of Tesla’s research or experiments. Morgan controlled most of the newspapers, and the corporations that ran them, effectively silencing Tesla’s pronouncements. With the severance of Tesla’s purse, and the silencing of Tesla’s pronouncements, Morgan effectively curtailed Tesla, once and for all. Tesla’s life effectively stopped, it wasn’t long before Tesla became a faint memory, an after-thought and finally obscuration and ultimately ‘historical’ obliteration.
The diabolical nature of the suppression of Tesla extends further, directly to Westinghouse. George Westinghouse who was a friend as well as a benefactor of Nikola Tesla, apparently was a victim of J. P. Morgan’s goal of total economic control over ALL energy creation. The following ‘smoking gun’ provides an eerie introduction regarding Westinghouse’s own suppression as well. Morgan was determined to destroy George Westinghouse for his audacity to support Tesla, and he did accomplish that by creating the panic of 1907, which ultimately unseated Westinghouse from his own company, destroying his life. Excerpt:
“After he turned 60, Westinghouse’s world started to unravel.”
During the financial panic of 1907, the Westinghouse Company was caught in a takeover bid from financier J.P. Morgan. Westinghouse’s company was financially weakened, and he had to rescind on the royalty contract he had signed with Tesla. Westinghouse explained that his company would not survive if it had to pay Tesla his full royalties, so he persuaded Tesla to accept a buyout of his patents for $216,000. This was much less than the $12 million the patents were worth at the time.

Tesla’s murder came to light when Eric Bermen told Greg Syzmanski how he discovered his former girlfriend was the daughter of ex-Nazi SS Commando Otto Skorzeny, and thereby quite by chance met the elderly Skorzeny who had been living for years in the US, working as a carpenter with a new identity supplied by the CIA after WWII.
Tesla’s Murder
Bermen, aka Eric Orion, heard a full confession from Skorzeny, who was dying and was given a shoebox full of over a hundred photographs to substantiate his claims.
Among a number of other highly significant revelations, Bermen heard from Skorzeny that he had personally suffocated the 86 year old Nikola Tesla on January 6, 1943, assisted by fellow-Nazi Reinhard Gehlen.
Skorzeny said, he and Gehlen had tricked Tesla the previous day into revealing the full details of his most important discoveries. After the murder, they stole the contents of Tesla’s safe, which were delivered to Hitler. Of course, the US military fully repatriated this priceless innovative information through Project Paperclip at the end of the war.
All of Tesla’s papers were confiscated by the FBI after his death!
As Tesla approached his final years, most of his close friends and benefactors were dead. The man who had electrified the planet was almost forgotten by the world…. Most of his last days were spent feeding the pigeons in Bryant Park, in front of the public library on Fifth Ave.
The great discoverer of electricity met the Creator of electricity on Jan. 7, 1943.
On Good Friday, Ortodox Christmas Eve, he was found in bed, dressed in solemn black suit, arms folded on his chest. They say that a great mind felt his death is coming , he put on the solemn black suit – and then died. An incredible lie and mission impossible, even for a great mind as it was Nikola Tesla.
Efforts Westinghouse made to save his business failed, and soon he lost most of his control over his industrial empire. The failure destroyed him. George Westinghouse died a few years later in 1914 in New York City at the age of 69.”

Others quickly intercepted Tesla’s ideas, and simply ran with them, developing their own ‘niche’ within the technologically developing age of the Morgan-Rockefeller influence. Once in a while these ‘niche’ developments would be challenged by other challengers and effectively stopped in the courts and at the patent office, when Tesla’s priority of art, was recognized by the examiners and the courts. Morgan hadn’t been able to control the government of the United States and its patent office, whose public servants still performed their duty effectively and faithfully, but he was hell-bent on accomplishing just that.
Energy is perhaps the greatest investment strategy in the financial fabric of this planet. Regulation of energy and energy related products drives the world’s economy.International bankers deliberately sandbagged, and then ultimately disrupted the flow of oil to the lower forty-eight states, sending that oil to Asia and the Pacific thus artificially inflating the price of oil in America. We could build more refineries, but our government deliberately prevents such construction, thereby keeping the price of actual fuel purchase artificially higher than it needs to be. In short the United States could be ‘energy’ independent in both coal and oil production alone, not needing to participate in the outside international community. We could be isolationist and independent of world considerations, and we would not need to wage wars for our economic survival.We also know that industries built and developed within the United States by American firms, were duplicated and enlarged within Russia (and currently China) during the Russian revolution, cold war, and that the actual US Treasury plates of the American Dollar were given to the Russians so that they could print the actual dollars necessary to purchase American goods and services (see, “Lifting The Curtain On The Invisible Government”, here: http://bit.ly/1aPeIhS). We also know that each time these communist nations were helped and enlarged, the American people ultimately suffered and were cheated out of their wealth and savings.
Current world’s crises is mostly spinning around following issues: high oil prices, food shortage, environmental issues, earthquakes on financial markets, huge difference between developed and underdeveloped countries… They are very much connected but where are the roots? Would it be possible to have different world as we have it now? 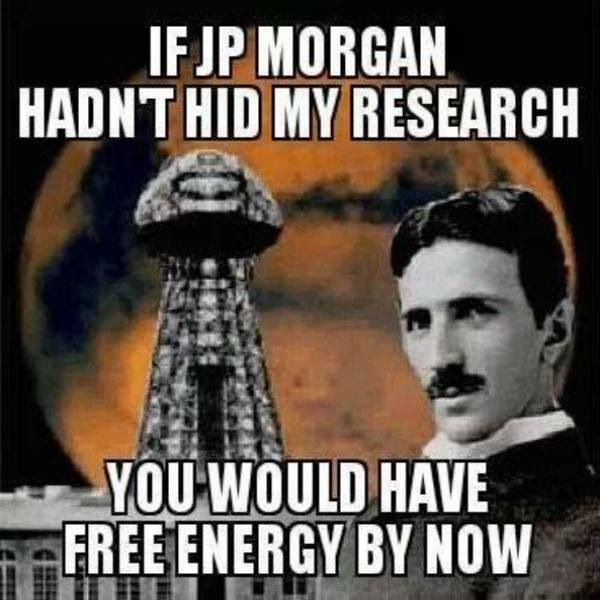 It’s hypothetical, but less greed at the beginning of 20th century would tremendously change the part of our civilisation. All needed tools were there but in the name of personal power and prestige they were cut for world citizens. The sins and the sinners, how ironically, are the same as they were a 100 years ago.
The United States has been nothing more than an ‘economic’ cow, that has been milked for the pleasure and profit of a few ‘investment’ bankers and their associates, secret societies and revolutionaries. The U.S. is being forced to provide the ‘capital’ and ‘resources’ enabling these international bankers to establish their agenda both domestically and internationally.
Under names like Globalization, New World Order, Agenda 21, as well as others, these international bankers are to ultimately do away with national sovereignty, by eliminating the independent currencies of the western nations They already succeeded in Europe with the establishment of the Euro, and presently, the attempted destruction of the dollar and the imposition of the Amero upon the nations of Canada, U.S., Mexico and South America.

Read More:Man Sentenced To 14 Years For Experimenting With Anti-Gravity Vehicles?