Geologists working on the island of Java using radar images have claimed, like many before them, that they have “located a mysterious ancient pyramid deep within a dense forest,” dating back to the mythological era of the lost super-civilization of Atlantis.

According to RIA Novosti, Andang Bakhtiar, a geologist from the oil company Maurel & Prom and his colleagues, “accidentally discovered one of the largest and potentially the most ancient man-made pyramid(s) in history, studying the slopes of mount Padang in the Western part of Java island,” reports an article in The Silver Post . (Note: A University has not been mentioned and The Silver Post is not a recognized academic outlet for peer reviewed research.) 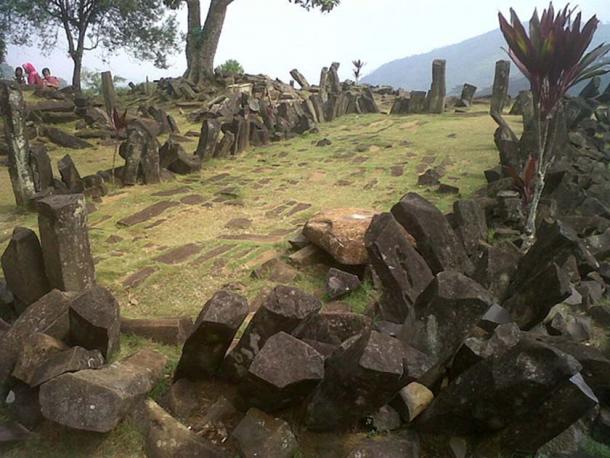 At a meeting of the American Geological Union the researchers said, “We believed that in the past this hill was some kind of building. It turns out, it extends far down, consisting of several layers and is actually the entire volume of the hill.” The researchers conducted excavations on “the slopes of the mountain” and said that they “filled it with radars and other devices” to detect “hidden voids and traces of ancient artifacts by changes in the electric or the magnetic resistance of the soil.”

They maintain that their scanning proves, “Much to their surprise” that a man-made structure “partly covered with soil and overgrown forest” was measured at “15 acres” and about “30 meters (98 feet)” high. The pyramid consists of “three parts built in the crater of an extinct volcano” at separate times. The first layer was lined with “similar blocks mixed with sand and radiocarbon analysis gives a date of “15,000 to 28,000 thousand years ago” and the upper layers were added about “8.3 and 3.5 thousand years ago.”

And with radar images indicating the existence of “cavities inside the pyramid,” the scientists are saying this might “indicate the presence of hidden rooms or partially recessed areas in the thickness of the hill structures.” The archaeologists concluded that “this proves that the pyramid was indeed a temple, not just dumping or “Observatory” as the famous Stonehenge.” 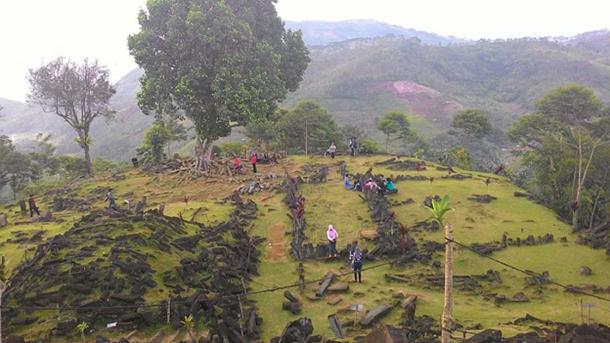 Skeptics and 99% Of Scientists Are Having ‘None of It’

Since its discovery by Dutch colonists in 1914, the Gunung Padang mound has been regarded by ‘some’, as being the largest of several ancient megalithic sites in Indonesia. However, 99% of university professors of archaeology and geology will quickly tell you a megalith does not exist and the dating is an entire political hoax, as this Skeptic ink article clearly establishes.
While authors like Graham Hancock see this “pyramid” as hard evidence of an antediluvian civilization   with high technology, in a probing and revealing July 2013 article titled, Digging for the truth at controversial megalithic site , Michael Bachelard, a journalist for The Sydney Morning Herald interviewed geologist Danny Hilman Natawidjaja, a senior geologist at Indonesia’s Centre for Geotechnical Research 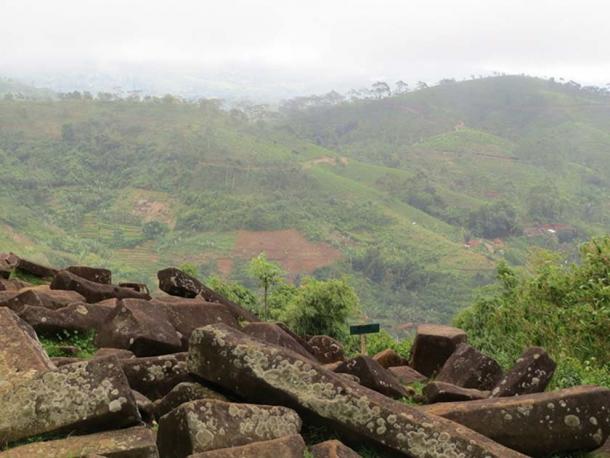 Proof of an Advanced Ancient Civilization?

Dr. Hilman said that Gunung Padang “could predate the next oldest [pyramid] by a dozen millenniums or more, suggesting an advanced ancient civilization inhabited Java “up to 20,000 years ago.” “It’s crazy, but it’s data” he added. Bachelard pointed out that Hilman’s idea was adopted by former activist turned politician and member of Yudhoyono’s Democratic Party, Andy Arif. In fact, President Yudhoyono “was so impressed” with the early dating that he appointed a government taskforce to investigate further. Urging haste, he described the work as a “task of history … of important value for humanity.”

Journalist Bachelard said the whole ‘dating’ of the monument was a veiled “nationalistic quest” and respected volcanologist, Sutikno Bronto, commented “Danny Hilman is not a volcanologist. I am. Gunung Padang is simply the neck of a nearby volcano, not an ancient pyramid.” And this is the view of the greatest part of the archaeological community; that there is quite simply “nothing there,” it is all an illusion “keeping people in jobs.”

As for the “carbon-dated cement between the stones,” by which geologist Andang Bakhtiar now, and Hilman in 2016 dated the site, Sutikno believes it is simply “the byproduct of a natural weathering process” – anything but ‘man-made.’ A skeptical archaeologist who remained anonymous in the Sydney Morning Herald article argued that in the Pawon cave in Padalarang, about 45 kilometers from Gunung Padang, bone tools were found which dated to about 7000 BC. If at 7000 BC bone tools were being used there, then “how did people from 20,000 BC have the technologies to build a pyramid?” 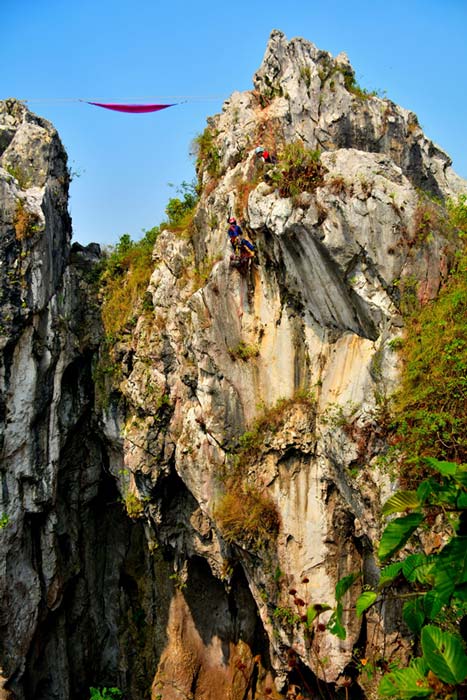 Speaking of Hilman’s dubious dating, the archaeologist added that he had, “found something, carbon-dated it, then it looks like they created a civilization around the period to explain their findings.” And if you are still hanging onto the idea of an Atlantean pyramid, then you are up against “Thirty-four Indonesian scientists” including leading archaeologists and geologists who all signed a petition “questioning the motives and methods of the Hilman-Arif team.”

Read More:Secret Passage Unearthed Beneath Mexico’s ‘Pyramid Of The Sun’

Read More:What Ancient Culture Made These Structures That Were There 200,000 Years Before Christ?