Volcanos and earthquakes are constantly shaking the Ring of Fire – an area of high seismic activity which ranges from New Zealand, up to northern Russia, across the US and then down to Chile.

Indonesia felt an explosive eruption and earthquake over the weekend in the latest major activity of the 25,000 mile long horseshoe.

It encompasses the entire Pacific Ocean and includes the vast majority of world’s earthquakes and volcanoes.

Rabbis have suggested the apparent increase in activity this year could show the world is heading for the end of days as laid out the Hebrew Bible.

Rabbi Yosef Berger said: “This is a global phenomenon, clear for everyone to see, but the important message is for each individual to understand what is happening as part of the Messiah.”

He told Breaking Israel News: “Most of the time, nature appears to act according to a set of rules.

“People who do not see God in the world mistakenly believe that this is the way nature must act and will always act.

“They believe that through these laws of nature they have made up that they rule over God’s creation.” 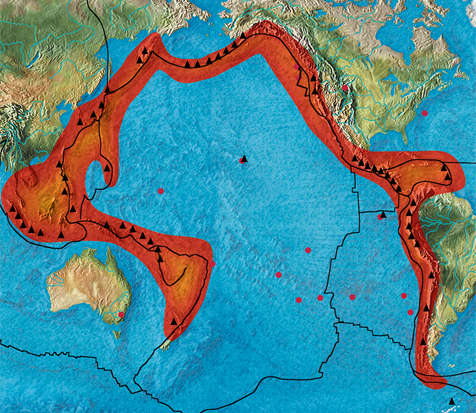 “The redemption will come mercifully so our Father in Heaven uses nature against us: through storms, fires, earthquakes, and volcanos”

Judaism’s end of days heralds the coming of the Jewish Messiah.

He will rule during the Messianic Age which will see the end of the world as we know it – ushering in the kingdom of God.

Rabbi Nir Ben Artzi claimed he believes the Messiah is waiting to reveal himself – and linked his arrival to the volcanic eruptions.

It was claimed earlier this year the Jewish Messiah had been born and the world was on the cusp of “redemption”. 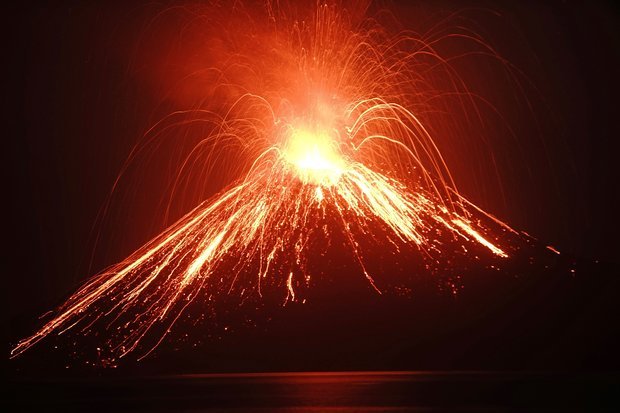 ERUPTION: Do the volcanoes mean the Messiah is coming?

In his weekly sermon, Rabbi Ben Artzi said: “The Creator is purifying the world from the filth of the snake in order to prepare the way for the Messiah to be revealed in the world.

“The Redemption will come mercifully so our Father in Heaven uses nature against us: through storms, fires, earthquakes, and volcanos.

“Slowly the holy one is destroying all the evil in the world while at the same time preparing the light of the Messiah.

“The world is experiencing destruction and rebirth at the same time.”

Officials from the United Nations Office for Disaster Risk Reduction tweeted the Ring of Fire was “active”.

It also highlighted the recent large earthquake that struck Alaska – leading to a tsunami warning across the state.

All but three of the world’s 25 largest volcanic eruptions have occurred along the Ring of Fire.

The seismic region is a result of complex plate tectonics – and is sometimes known as the circum-Pacifc belt.

Watch More:Are You Paying Attention? Earth Ringing Like A Bell, Major Earthquakes- What Is Coming?