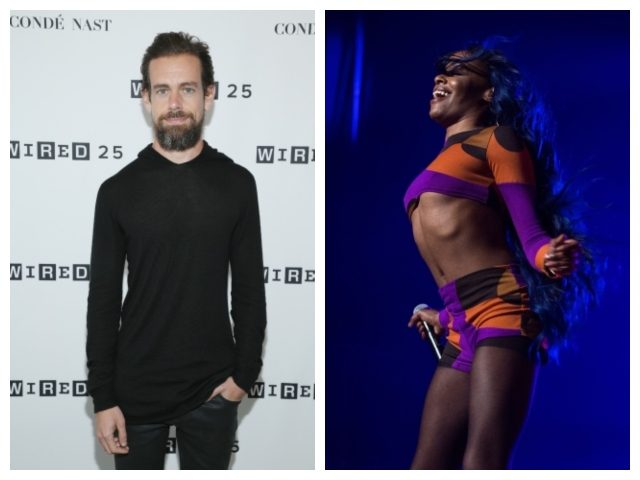 Twitter CEO Jack Dorsey sent some of his beard hair to rapper Azealia Banks so that Banks could make him a protective magical amulet, according to a report.

In an article for Vanity Fair, correspondent Nick Bilton claimed he had received so many “unbelievable” and “bizarre” stories about Dorsey from current and former Twitter employees, including from “a source who worked with him” who claimed “Dorsey had sent a rapper his beard shavings to make him an amulet that would protect him from evildoers.”

Spin Magazine’s Tosten Burks then published an article claiming the rapper was Azealia Banks, referencing a series of Twitter posts from Banks in 2016 where she made similar claims about Dorsey sending her his beard hair.

“i’m bout to hex this nigga,” she continued, adding, “i have 3 Strands of a billionaire’s hair. i should steal his luck.”

After people doubted Banks’ claims, she declared, “HE DID. I’m searching for the envelope!! i’m a real witch with real clients , ppl PAY me for my services. he owes!”

The posts no longer exist following Banks’ permanent suspension from Twitter in May 2016.

“At the time, Banks said Dorsey promised to promote her mixtape Slay-Z in exchange for her promoting his cash transfer app Square and her crafting him a magical object that might protect him from ISIS, which had threatened Dorsey in a video earlier that year,” reported Burks in the Spin article. “Dorsey never tweeted about the project and presumably never received the amulet.”

“It appears Bilton never pursued the rumor, but it sure seems like a weird thing for a Dorsey colleague to fabricate,” he continued. “I choose to accept this as more vindication of Banks’ impressive reporting on the strange lifestyles of tech billionaires. If something bad happens to Dorsey, we’ll know for sure.”

Dorsey isn’t the only prominent billionaire that Banks has had a bizarre interaction with.

In August, Tesla and SpaceX CEO Elon Musk deleted his Instagram account following a series of strange accusations from Banks, including “blackmail,” after the rapper alleged to have spent time in Musk’s home.

According to NME, “Banks claimed that she had waited at Elon Musk’s home while she awaited the opportunity to record with Grimes, his girlfriend.”
After Grimes allegedly didn’t turn up, however, Banks started to release screenshots of alleged messages between her and Grimes, during which Grimes said Musk “has a fake made up accent,” a “giant dick,” and that he “got into weed cuz of me.”

Banks previously revealed her interest in witchcraft, posting a video in 2016 of her cleaning a bloody closet where she allegedly sacrifices chickens in Brujeria rituals.