A strong explosive eruption took place at Mount Shindake, Japanese Kuchinoerabujima volcano at 07:37 UTC on December 18, 2018 (15:37 JST). This volcano, located in the southwestern prefecture of Kagoshima, is sporadically erupting since October 2018.

“After regular small eruptions for many weeks and then a complete pause in activity this appears to be the largest explosive eruption there in quite a while,” said James Reynolds of EarthUncutTV.

Volcanic ash rose up to 2 000 m (6 500 feet) above the crater (2 640 m / 8 656 feet a.s.l.), and large rocks were seen spewing from the crater. However, some part of the volcanic ash cloud is continually obscured by meteorological cloud, preventing precise height measurement.

According to NHK, a pyroclastic flow reached a distance of about 1 km (0.62 miles) down the western slope. It is the first such flow to be observed there since May of 2015, when all residents were evacuated.

BOOM!! After regular small eruptions for many weeks and then a complete pause in activity this appears to be largest explosive eruption there in quite a while #Kuchinoerabu #volcano #Japan 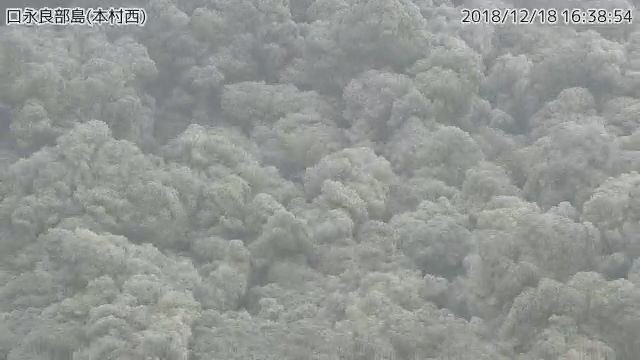 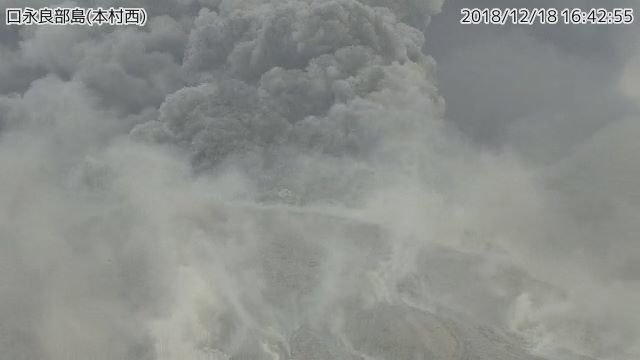 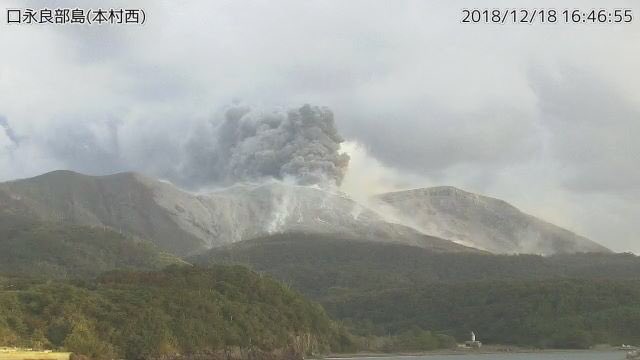 The Japan Meteorological Agency (JMA) maintains Lever 3 (Do not approach the volcano) since August 29, 2018.

JMA reported that during November 28 – December 3 intermittent events at Kuchinoerabujima’s Shindake Crater generated plumes that rose as high as 1.5 km (4 900 feet) above the crater rim.

A group of young stratovolcanoes forms the eastern end of the irregularly shaped island of Kuchinoerabujima in the northern Ryukyu Islands, 15 km west of Yakushima. The Furudake, Shindake, and Noikeyama cones were erupted from south to north, respectively, forming a composite cone with multiple craters.

The youngest cone, centrally-located Shintake, formed after the NW side of Furutake was breached by an explosion. All historical eruptions have occurred from Shintake, although a lava flow from the S flank of Furutake that reached the coast has a very fresh morphology.

Frequent explosive eruptions have taken place from Shintake since 1840; the largest of these was in December 1933. Several villages on the 4 x 12 km island are located within a few kilometers of the active crater and have suffered damage from eruptions.

Read More:Volcanic Activity Continues To Escalate Around The Globe