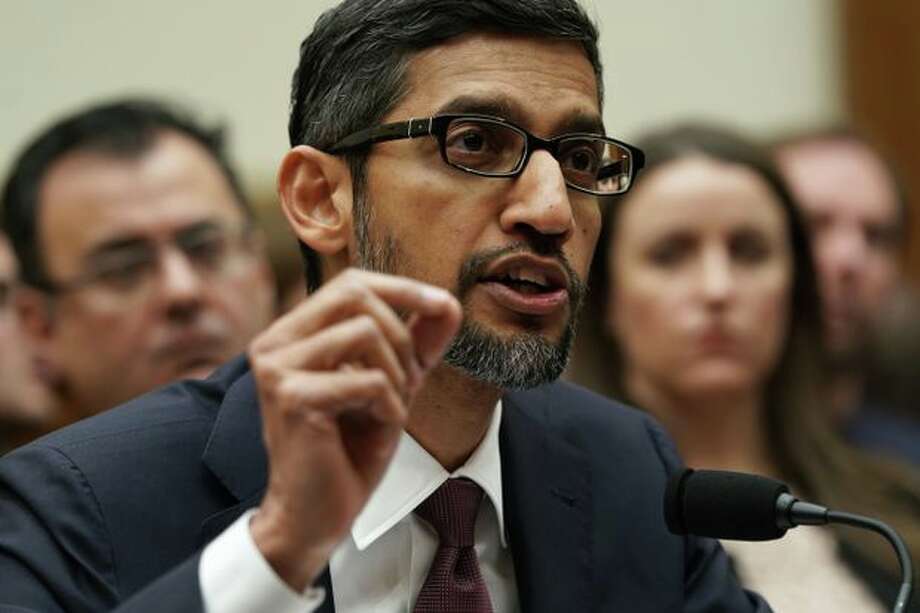 Google CEO Sundar Pichai, head of one of the world’s leading artificial intelligence companies, said in an interview this week that concerns about harmful applications of the technology are “very legitimate” – but the tech industry should be trusted to responsibly regulate its use.

Speaking with The Washington Post on Tuesday afternoon, Pichai said that new AI tools – the backbone of innovations such as driverless cars and disease-detecting algorithms – require companies to set ethical guardrails and think through how the technology can be abused.

“I think tech has to realize it just can’t build it, and then fix it,” Pichai said. “I think that doesn’t work.”

Tech giants have to ensure that artificial intelligence with “agency of its own” doesn’t harm humankind, Pichai said. He said he is optimistic about the technology’s long-term benefits, but his assessment of the potential risks of AI parallels that of some tech critics who say the technology could be used to empower invasive surveillance, deadly weaponry and the spread of misinformation. Other tech executives, like SpaceX and Tesla founder Elon Musk, have offered more dire predictions that AI could prove to be “far more dangerous than nukes.”

Google’s AI technology underpins a range of initiatives, from the company’s controversial China project to the surfacing of hateful conspiratorial videos on its YouTube subsidiary – a problem he vowed to address in the coming year. How Google decides to deploy its AI has also sparked recent employee unrest.

Pichai’s call for self-regulation followed his testimony in Congress, where lawmakers threatened to impose limits on technology in response to its misuse, including as a conduit for spreading misinformation and hate speech. His acknowledgement about the potential threats posed by AI was a critical assertion because the Indian-born engineer often has touted the world-shaping implications of automated systems that could learn and make decisions without human control.

Pichai said in the interview that lawmakers around the world are still trying to grasp AI’s effects and the potential need for government regulation. “Sometimes I worry people underestimate the scale of change that’s possible in the mid-to-long term, and I think the questions are actually pretty complex,” he said. Other tech giants, including Microsoft, recently have embraced regulation of AI – both by the companies that create the technology and the governments that oversee its use.

But AI, if handled properly, could have “tremendous benefits,” Pichai explained, including helping doctors detect eye disease and other ailments through automated scans of health data. “Regulating a technology in its early days is hard, but I do think companies should self-regulate,” he said. “This is why we’ve tried hard to articulate a set of AI principles. We may not have gotten everything right, but we thought it was important to start a conversation.”

Pichai, who joined Google in 2004 and became chief executive 11 years later, in January called AI “one of the most important things that humanity is working on.” He said it could prove to be “more profound” for human society than “electricity or fire.” But the race to perfect machines that can operate on their own has rekindled familiar fears that Silicon Valley’s corporate ethos – “move fast and break things,” as Facebook once put it – could result in powerful, imperfect technology eliminating jobs and harming average people.

Within Google, its AI efforts also have created controversy: The company faced heavy criticism earlier this year due to its work on a Defense Department contract involving AI that could automatically tag cars, buildings and other objects for use in military drones. Some employees resigned due to what they called Google’s profiting off the “business of war.”

Asked about the employee backlash, Pichai told The Post that his workers were “an important part of our culture.” “They definitely have an input, and it’s an important input; it’s something I cherish,” he said.

In June, after announcing that Google wouldn’t renew the contract next year, Pichai unveiled a set of AI-ethics principles that included general bans on developing systems that could be used to cause harm, damage human rights or aid in “surveillance violating internationally accepted norms.”

The company faced earlier criticism for releasing AI tools that could be misused in the wrong hands. Google’s release in 2015 of its internal machine-learning software, TensorFlow, has helped accelerate the wide-scale development of AI, but it has also been used to automate the creation of lifelike fake videos that have been used for harassment and disinformation.

Google and Pichai have defended the release by saying that keeping the technology restricted could lead to less public oversight and prevent developers and researchers from progressing its capabilities in beneficial ways.

“Over time, as you make progress, I think it’s important to have conversations around ethics (and) bias, and make simultaneous progress,” Pichai said during his interview with The Post.

“In some sense, you do want to develop ethical frameworks, engage noncomputer scientists in the field early on,” he said. “You have to involve humanity in a more representative way, because the technology is going to affect humanity.”

Pichai likened the early work to set parameters around AI to the academic community’s efforts in the early days of genetics research. “Many biologists started drawing lines on where the technology should go,” he said. “There’s been a lot of self-regulation by the academic community, which I think has been extraordinarily important.”

The Google executive said it would be most essential around the development of autonomous weapons, an issue that’s rankled tech executives and employees. In July, thousands of tech workers representing companies including Google signed a pledge against developing AI tools that could be programmed to kill.

Pichai also said he found some hateful, conspiratorial YouTube videos described in a Washington Post story on Tuesday “abhorrent,” and he indicated that the company would work to improve its systems for detecting problematic content. The videos, which had been watched millions of times on YouTube since appearing in April, discussed baseless allegations that Democrat Hillary Clinton and her longtime aide Huma Abedin had attacked, killed and drank the blood of a girl.

Pichai said he had not seen the videos, which he was questioned about during the congressional hearing, and he declined to say whether YouTube’s shortcomings in this area were a result of limits in the detection systems or in policies for evaluating whether a particular video should be removed. But he added, “You’ll see us in 2019 continue to do more here.”

Pichai also portrayed Google’s efforts to develop a new product for the government-controlled Chinese internet market as preliminary, declining to say what the product might be or when it would come to market – if ever.

Dubbed Project Dragonfly, the effort has caused backlash among employees and human-rights activists who warn about the possibility of Google assisting government surveillance in a country that tolerates little political dissent. When asked whether it’s possible that Google might make a product that allows Chinese officials to know who searches for sensitive terms, such as the Tiananmen Square massacre, Pichai said it was too soon to make any such judgments.

“It’s a hypothetical,” Pichai said. “We are so far away from being in that position.”

Read More:Machines That Attack On Their Own: Autonomous Artificial Intelligence Needs To Be Thought Through

Read More:Google Exec: With Computers In Our Brains, We Will Be Like gods